Englandwatch: Stokes’ Record-Breaking Return And Tons For The Openers 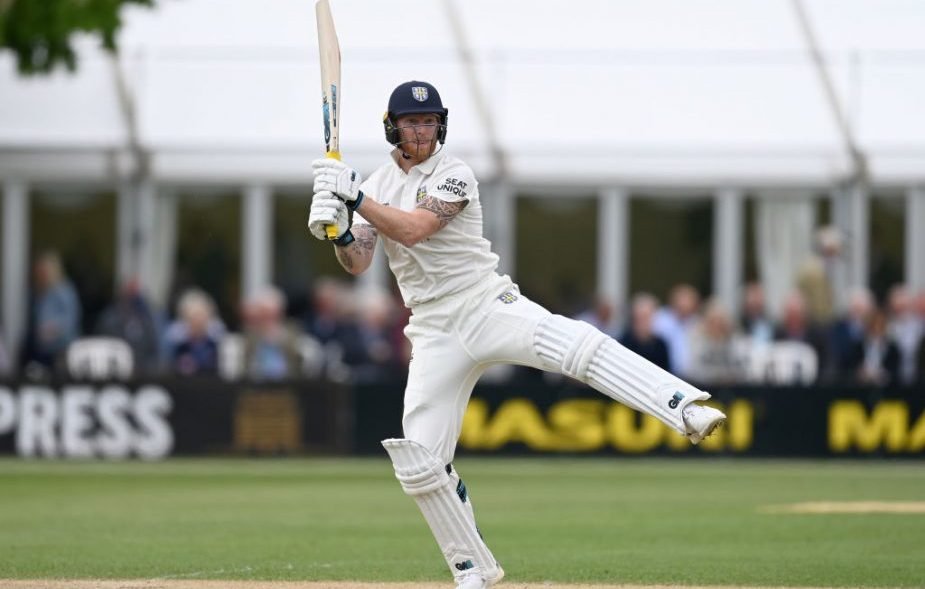 Here’s a look at how England players – those who have played Test cricket since the start of 2021 and/or were part of the squad on the recent tour of the Caribbean – fared in the most recent round of the County Championship.

A timely return to form for Sibley whose start to the season had been underwhelming if not disastrous. Going into this match he had 88 runs at 22. Now he has 271 at 54.20 after he carried his bat for a fantastic century against a strong Lancashire attack featuring Hassan Ali, Tom Bailey, Luke Wood and Matt Parkinson.

Parkinson’s strong start to the season continued with six wickets against Warwickshire; he now has 17 Championship wickets at an average of 23.35. He continues to impress by combining a miserly economy rate of 2.20 with magical wicket-taking deliveries, such as the one he bowled to dismiss Michael Burgess.

Bracey’s had a topsy turvy start; after his centuries in the opening two matches of the season, he has since scored 21 runs in the five innings. In an enthralling match against Hampshire that his side ultimately lost, Bracey fell to Mohammad Abbas in the first innings before departing to the spin of Liam Dawson in the second.

Burns joined fellow England opener Sibley in tonning up this round (so too did Sam Robson and Keaton Jennings) as the Surrey skipper led from the front on a green track at The Oval. After a modest start to the summer, this was also the first time he’d crossed fifty this season.

Curran played as a specialist batter for Surrey as his return to action continues to be managed carefully. He hit his third half-century of the campaign and 21st of his first-class career – but the maiden century is still yet to arrive.

A quiet match with the bat for the keeper, who missed Surrey’s previous fixture with a back problem. Nonetheless, he’s still averaging more than 100 with the bat this summer. Took eight catches in an innings win.

This was Root’s first match since stepping down as England captain and he looked in fine form as he struck 75 in a high-scoring draw with Essex. But he was outshone by the other former England captain on show, Alastair Cook, who made a century in each innings.

Malan’s fantastic season continued as he registered yet another half-century. The left-hander has passed fifty in all but one of his six innings this season and is averaging 80.33 as he looks to force his way back into the England side. Malan is currently the third-highest run scorer in Division One with 482 runs.

Bess has had a solid if unspectacular start to the season. Playing a holding role with the ball, he bowled with control and went at less than two an over from the 44 overs he bowled in Essex’s first innings, picking up three wickets along the way.

This was Robinson’s first game back for Sussex after missing all three of England’s matches in the Caribbean. And he showed his international class in his first innings back as he took a five-wicket haul that included the wickets of Sam Robson and Peter Handscomb. Robinson wasn’t, however, able to prevent Sussex from falling to a remarkable defeat, as Middlesex chased 370 in 73.5 overs on the final day.

Lees’ fine start to the season continued as he added another half-century to the two tons he scored in earlier rounds. The left-hander is currently averaging an astonishing 128.33 this season, having scored 385 runs in Division Two.

Well… what’s left to say? In his first match since becoming England Test captain, Stokes struck the fastest ever first-class century for Durham in an innings that broke all number of records, including the most sixes hit in a County Championship innings. Stokes’ 161 came off 88 balls and featured 17 sixes. The fairytale did not extend to his showing with the ball however, as he went wicketless from his 30 overs bowled across the match.