IPL 2022 Play-off Scenarios: What Each Team Needs To Do To Qualify 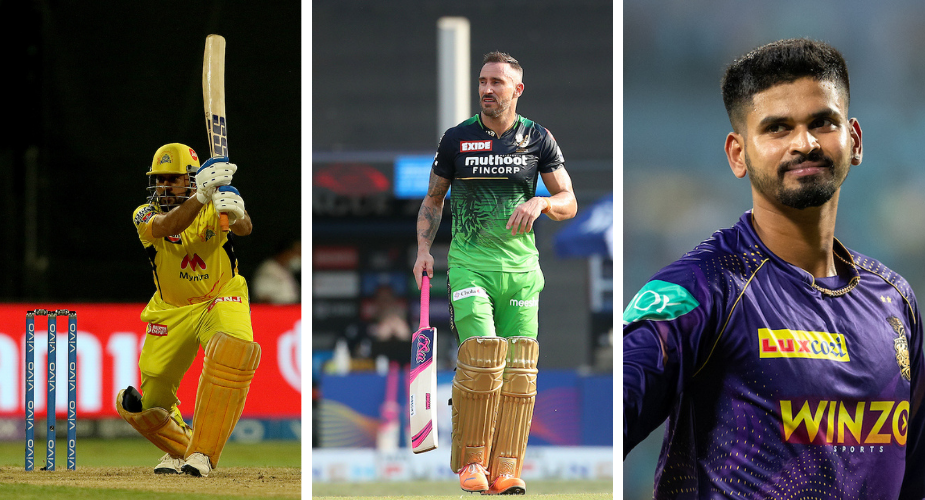 As we approach the final leg of IPL 2022’s league stage, we take a look at the likely scenarios each side need to go through to qualify for a play-off spot.

Mumbai Indians are the only team to have been eliminated from the edition thus far, with nine teams still in the fray for a semifinal spot.

What they need to do to qualify: One more win will take Lucknow Super Giants to 18 points, sealing a top-four berth for them.

How they can finish in the top two: They will be assured of a finish in the top two if they win two of their remaining three games. Their NRR of +0.703 is the best among all sides in this IPL, and even if they are tied on points with other teams, they have the best chance of finishing on top.

What they need to do to qualify: Like Lucknow, the new entrants need one more win to assure themselves of a finish in the top four.

How they can finish in the top two: Gujarat Titans will finish in the top two if they win their last three games. Two more wins for Gujarat Titans can also leave them in a good position: it would take them to 20 points, leaving Rajasthan Royals, who have 14 points from 11 games, to win all three games to overtake GT. The Hardik Pandya-led side can even make the cut with one more win if Rajasthan Royals win only one of their last three games.

What they need to do to qualify: Rajasthan Royals have the best NRR among all teams below them in the points table, and one more win could be enough to push them ahead on NRR.

How they can finish in the top two: RR’s biggest competition will be GT when it comes to finishing in the top two. They can get up to a maximum of 20 points if they win all three games, and might enter the top two if GT wins no more than two. If GT and RR are tied on points, NRR will come into the equation (currently, RR have an NRR of +0.326 as compared to GT, who are at +0.120).

What they need to do to qualify: RCB can get a maximum of 18 points, and a top-four spot will be for the taking if they win their last two games. If they lose one, Delhi Capitals, Sunrisers Hyderabad, and Punjab Kings all have chances to equal RCB on 16 points, and it will come down to NRR. RCB’s NRR of -0.115 could go against them.

Worst-case scenario: RCB could be in trouble if they lose even one game, with DC and SRH both having a better NRR than them.

What they need to do to qualify: Delhi Capitals will have to hope that RCB lose at least one game, because DC can only get to a maximum of 16 points. The Rishabh Pant-led side has a NRR of +0.150 and could edge ahead if teams are tied on points.

Worst-case scenario: Delhi will be knocked out if RR and RCB both get to 18 points. One more loss for DC could also be curtains as they will only be able to get 14 points. SRH, PBKS, RR, and RCB will all be in contention to get 16 points.

What they need to do to qualify: Like DC, SRH will also only be in the fray if RCB lose one of their last two games. If RCB lose one match and DC lose one, SRH will have to win all matches to make the cut. Their path will be easier if DC lose two of their three games.

Worst-case scenario: SRH will be knocked out if four teams get to 18 points because they can get a maximum of 16 points. If RCB are out of reckoning, and SRH are tied on points with DC, it will come down to NRR. Currently, SRH have an inferior run-rate (-0.031) compared to Delhi.

What they need to do to qualify: One of the three teams on 10 points, PBKS will only be in contention if RCB lose one game. However, they have a NRR of -0.231 and will have to win their remaining matches by huge margins if they want to edge ahead if points are tied among teams.

Worst-case scenario: PBKS play three teams who are directly competing with them for a playoff berth. If Punjab wins all three, they will compete with RCB to make the top four. If RCB and PBKS are tied on 16 points, RCB could make the cut if they continue to have a better net run-rate than PBKS.

What they need to do to qualify: Making the top four is a long shot for the defending champions. They can get to a maximum of 14 points if they win all their remaining three games. They will then hope that RCB lose both their matches, and DC, SRH, and PBKS lose at least one game each by big margins.

Worst-case scenario: CSK will be eliminated if RCB win one more game.

What they need to do to qualify: KKR have a NRR of -0.304, the second-worst among all teams. A lot of factors will have to go their way if they want to make the top-four and get 14 points: They have to win all games by big margins, RCB have to lose all games, and CSK, DC, SRH, PBKS have to lose at least one game each. Even then, KKR’s poor NRR might not be enough for them to sneak in.

Worst-case scenario: Even if every possibility stated above goes KKR’s way, they can still be eliminated as RCB, who are on 14 points, currently have a better NRR than last year’s finalists.