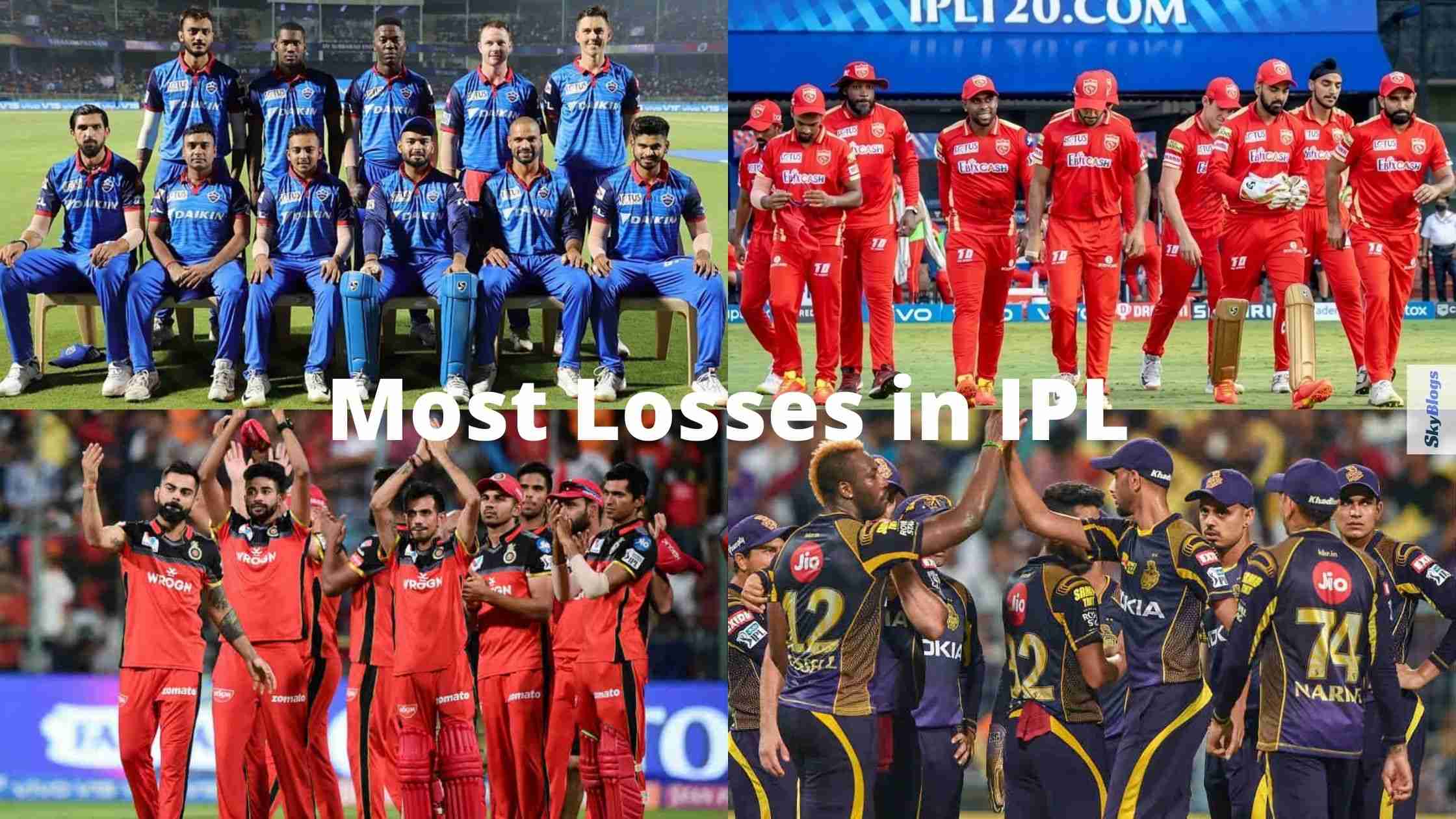 What comes to your mind when you hear the word franchise league? I am sure that most of us think about the IPL. Since its inaugural edition in 2008, we have watched many high-profile games from the top sides. Plenty of IPL players has stepped into international cricket with the help of the most lucrative league’s platform. So far more than 600 matches have been played among the 10 sides of IPL. Do you know the names of teams with the most Losses in IPL?

MS Dhoni-led Chennai Super Kings has the highest winning percentage in IPL to date, while Nita Ambani-owned Mumbai Indians has registered the most wins (122). Winning or losing is a part and parcel of the game. Let’s have a look at the team with the most losses in the IPL history.

Delhi Capitals On Top With Most Losses in IPL

The 2nd IPL franchise on the list of most losses in IPL is Punjab Kings. Having a win percentage of 45.58 (which is the lowest), the team has lost 115 matches out of 215 in the money-making league. Punjab has a bad habit of chopping and changing frequently. In 13 IPL editions, the team has changed captains 13 times and reached the knock-outs only once in 2008. Their Present captain is Indian opener, Mayank Agarwal.

Virat Kohli led Royal Challengers Bangalore has faced 3rd most number of losses in IPL history, 111 matches in 222 games. This is the 2nd team after the Delhi Capitals and Punjab Kings, who have not worn the crown of IPL yet. RCB has registered 104 wins with a winning percentage of 48.39. Despite having big names like AB DE Villiers, Virat Kohli- RCB has always let their fan down in the knock-out stage. The Red army has reached in play-offs thrice (2010, 2015, 2020 & 2021).

One of the best franchises of IPL, Kolkata Knight Riders has secured 4th position in terms of most losses in IPL. The team co-owned by Bollywood star Shahrukh Khan has sustained 105 losses out of 222 matches, while they have a winning percentage of 51.58. The KKR franchise has been champions twice (2012 & 2014) under the leadership of ex-Indian opener Gautam Gambhir. Since 2014, Kolkata Knight Riders is yet to win the crown.

The five-time IPL winners in the history of IPL, Mumbai Indians is occupying 5th place in the chart of most losses in IPL. Having lost 97 matches in 228 games, they have won the most matches also (127). All of their five trophies came under Rohit Sharma’s captaincy. Players like Pollard, Bumrah, Hardik Pandya, and Lasith Malinga have assisted Mumbai to be the most perfect team in the Indian Premier League.

Which team has won the highest number of IPL matches so far?

Mumbai Indians has won the highest number of IPL matches so far, 127 out of 228 matches.

Which team has lost the most number of matches in IPL as of now?

Delhi Capital has lost the most number of matches in IPL as of now, 116 matches.