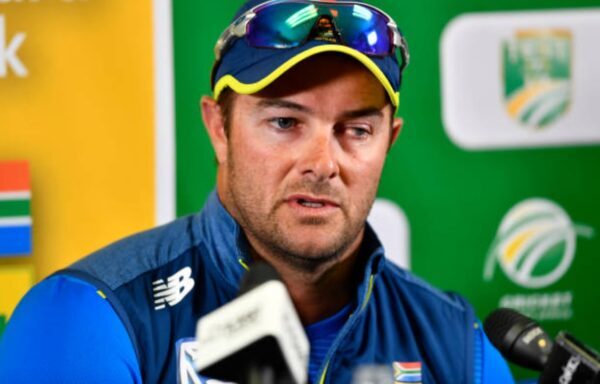 The much delayed and postponed T20 World Cup is nearly here with the start date of Sunday the 17th of October creeping ever closer. For the South Africans, preparation has been better than they could have hoped for after whitewashing Sri Lanka in a three-match T20 series only a month before. This result is a good indicator of what might happen over the course of the T20 World Cup in the United Arab Emirates and Oman.

With that said, the result would have been a surprise for many with most experts warning against expecting a South African success in the sixth edition of this T20 World Cup.

On closer inspection, you’ll find this to be the case with the Proteas priced in the latest cricket betting at long odds of 12/1 to win their first ICC trophy since 1998.

But there is just a glimmer of hope now after Mark Boucher’s men showed that they have a few strings to their bow in the shortest format and more importantly, on the subcontinent.

Indeed, it appears as if the South African think tank has opted for a throwback to the days of old when they packed their lineups with all-rounders. What this tells us is that the Proteas will be as strong as the sum of their parts instead of banking on a match-winning display from one player.

Of course, it is often said that T20 games are won by one spell of excellence from an individual player, and in many respects, this is where the Proteas case for winning the tournament gets even stronger.

Yes, they have gone top-heavy on a lineup that would be best described as a Jack of all trades team. But then again, they have the sensational Quinton de Kock at the top of the order. The 28-year-old has the star quality to dispatch any bowling lineup in the world to the fence and showed that when he drove the Proteas to victory in Sri Lanka.

At the end of the three-match victorious series for South Africa, it was De Kock who was named as Man of the Series.

Needless to say, there are few better times to be hitting a purple patch than just before the start of a World Cup and the cricketing world will know that if this dynamic South African batsman finds his range, then the Proteas will be within touching distance of the T20 World Cup trophy.

Indeed, South Africa is finally seeing the best from their most skilled player now that the burden of captaincy has been removed.

However, as touched on earlier in the piece, the South African think tank does have a contingency plan should their gun batsman get out early with lots of handy and proven cricketers waiting to step in to help win the game.

Encouragingly for the Proteas, it is a batting and bowling lineup that goes extremely deep without being overly hyped.

There is just a feeling that the world is grossly underestimating what this South African side is capable of over the course of the T20 World Cup. They will arrive in the UAE and Oman flying under the radar. But that will soon change should the Proteas pick up where they left off in Sri Lanka.

Would your cricket loving Buddies enjoy this?