Rajasthan Royals Posted A Hilarious Meme Featuring Rishabh Pant: The Rajasthan Royals Twitter handle is without a doubt the most hilarious one of all the ten IPL franchises. They have regularly come up with witty replies, and humorous memes that get the fans laughing their heart out.

On Wednesday during RR’s game against the Delhi Capitals, played at the DY Patil Stadium, the RR admin trolled opposition skipper Rishabh Pant when Ravichandran Ashwin was batting for RR. 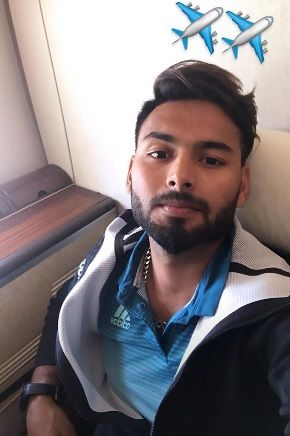 Ashwin recorded his maiden IPL half-century on Wednesday, against his former franchise Delhi Capitals, scoring 50 runs off 38 balls, after walking in at number 3, and set up the base for RR’s final total of 160 on a pitch that wasn’t easy to bat on.

While Ashwin was batting and Pant was keeping behind him, the RR admin posted a picture of Pant from India’s tour of Australia when his “Come on Ash. Come on Ash” became famous, as if to ask Pant to motivate Ashwin when the latter was batting.

This tweet was taken sportingly by the netizens, especially the Delhi Capitals fans too burst out in laughter.

Here, check out the rib-tickling tweet by the RR admin:

Ashwin walked in at number 3, after the fall of Orang Cap holder Jos Buttler’s wicket as early as in the third over. Without wasting any time, wanting to maximize the powerplay, Ashwin took down medium-pacer Shardul Thakur for a couple of fours before walloping spinner Axar Patel for a four and down the ground six.

At the end of the powerplay, Ashwin was 21 from 13 balls and RR 43/1. Delhi, though, managed to tighten things for a while with Jaiswal’s wicket and a few cheap overs. Ashwin broke that rut hammering Kuldeep for his second step-down-the-ground sixer before Padikkal reined into Axar for two maximums.

With a boundary to seamer Chetan Sakariya, Ashwin brought up the 50-run stand and soon, three balls later, notched up his first half-century in the IPL – which took him 72 innings to get there – before getting out to Mitchell Marsh trying to hit another biggie. Ashwin got a round of applause from the RR dugout for his terrific knock.

Also Read: Virat Kohli Sends A Strong Message Across To His Trolls