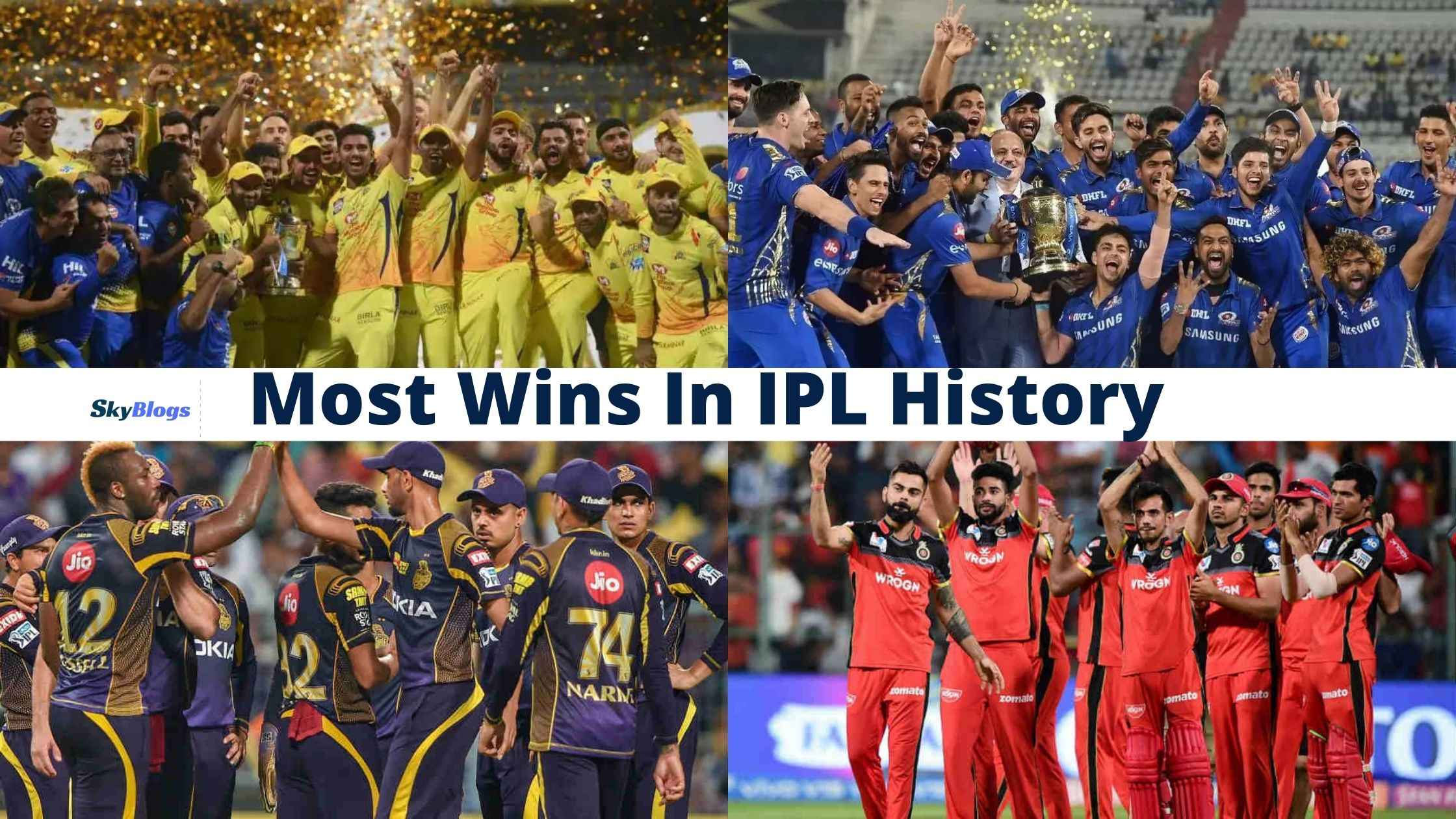 As the 2nd leg of the 14th edition of the IPL is around the corner after getting restricted due to the surge of Covid-19 cases in India in April, let’s relive the memories of the past matches of the most popular cricket league in the world. More or less, all teams of IPL are well made and give good competition to each other on the field.

Among eight teams Mumbai Indians has dominated in the Indian Premier League the most, followed by Chennai Super Kings with their enormous experienced lads. On the other hand, Delhi Capitals has made an undelightful record of losing most matches in IPL. If we keep losing and winning aside, pure entertainment is what this great cricket league has given us. In today’s article, we will find out the top five teams with the most wins in IPL to date.

Mumbai Indians Tops On Team With Most Wins In IPL

Rohit Sharma led Mumbai Indians has been the most successful team in IPL in terms of winning matches and wearing the crown. From 2008 to 2011, Mumbai has played the highest number of games 228, and won 127 out of them with a winning percentage of 56.57. The team has one of the best openers in the world Rohit Sharma and two best bowlers Jasprit Bumrah & Trent Boult. With their consistent performance, Mumbai Indians has won 5 trophies (2011, 2013, 2017, 2019 & 2020) and all of them came under the guidance of Rohit Sharma.

Chennai Super Kings comes at the 2nd position in terms of most wins in IPL history, with 121 victories in 206 matches. This team has always believed in their players by giving them an ample amount of chances. They don’t change and rotate in their team often. MS Dhoni has been leading CSK for 14 years now and has taken them to the playoffs 10 times out of 11, becoming the champion thrice in this journey (2010, 2011 & 2018).

The two-time IPL champions, Kolkata Knight Riders has registered the 3rd most number of matches in the history of IPL with 112 games out of 221. Being one of the most competent sides of IPL, they have a winning percentage of 51.58. The first three seasons were a disaster for Kolkata Knight Riders, afterward appointing Gautam Gambhir their fortune changed. They held the trophy twice in 2012 & 2014 during Gambhir’s captaincy. But after the retirement of Gautam, the team’s performance has declined and they are still waiting to lift the trophy for the third team.

One of the strongest teams in IPL, Royal Challengers Bangalore gets the 4th spot on the list of the most wins in IPL with 105 wins in 223 matches. In spite of big names like Virat Kohli and AB DE Villiers, RCB is one of the three franchises, that are still striving for wearing the IPL crown. To be honest, RCB is one of the most inconsistent sides of the Indian Premier League. But in the past two years, Virat Kohli led side has improved in abundance and exhibited rhythm in defeating teams.

The team that has exalted since last two years, Delhi Capitals stands at the 5th place in terms of most wins in IPL with 98 positive results out of 221 matches. What have been the reasons behind Delhi’s unwanted IPL campaigns apart from the last two years? Of course, performance as a unit was their major issue. But from 2018, with the new coach Ricky Ponting and captain, Delhi’s been in sublime form and finished the last season as the runners. Hopefully. Delhi may end up winning their maiden trophy this year.

Which team has won the IPL most times?

Mumbai Indians has won the IPL five times, which is the most by any team in IPL.

Which side has the highest winning percentage in IPL?

Chennai Super Kings has the highest winning percentage in IPL (59.26 %).

List of Top Team With Most Wins In IPL