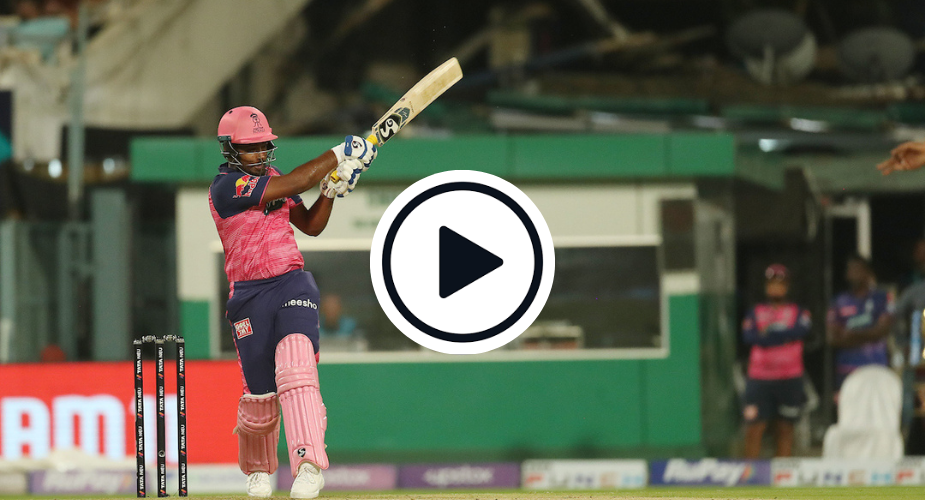 Watch: Sanju Samson made a quickfire 47 in 27 balls in Qualifier 1 against Gujarat Titans, days after being omitted from India’s T20I series for the series against South Africa.

Rajasthan Royals skipper Samson was one of the surprise omissions for the squad that was picked for the five-match T20Is against the Proteas in June. The wicketkeeper has played only 13 T20Is since making his debut in 2015, with his latest appearance being the series against Sri Lanka earlier this year. Samson had the opportunity to bat in two innings on that occasion, scoring 39 and 18 runs at a strike rate of 156 and 150, respectively.

The right-hander was at his aggressive best in the 2022 Indian Premier League, scoring 374 runs at a strike rate of 147.2 till the end of the league stage, one of only three Indians to make more than 350 runs and have a strike rate above 140. His efforts, though, were not enough to impress the selectors as he was ignored for the series despite the absence of a number of senior players.

Playing his first match since the squad was announced, Samson started in blistering fashion on Tuesday, hitting a length ball for a bottom-handed six over long-on. Just two balls later, he spanked a 141kmph delivery by Yash Dayal over extra cover for a four to reach ten off three.

Samson refused to slow down thereafter, hitting two more fours before taking out his wrath in the sixth over sent down by Alzarri Joseph, hitting two sixes in the space of three balls. The second ball saw Samson clear his front leg and fetch the ball from outside off before hitting it over long-on. On the fourth delivery of the same over, a short ball was pulled away over deep backward square for another maximum.

Walking out to bat at No.3, with the scorecard reading 11-1 in the second over, Samson resurrected the innings before departing in the tenth over after stitching a 68-run stand with Jos Buttler. Samson’s knock contained five fours and three sixes and came at a strike rate of 180.77.