From Basher To Anchor: The Making Of David Warner, One Of T20’s Greatest 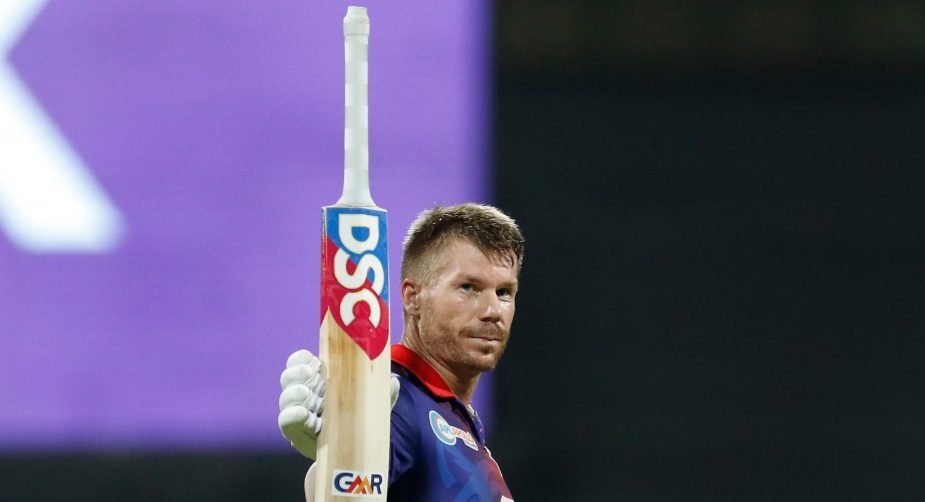 From a brash, haughty opener in a format eyed with suspicion, David Warner, like T20 itself, grew to become a fan favourite. Rohit Sankar traces his path to greatness as an upgraded T20 anchor.

David Warner cares. For his reputation. For the teams and leagues he plays for. For his fans. In 2013, Warner launched a scathing attack on two prominent Aussie journalists for an article in their publication about IPL and its problems. Playing the IPL at the time, Warner didn’t hold back, taking aim at the journalist on Twitter: “talking s*** about ipl jealous p****. Get a real job. All you do is bag people”.

He was told “million-dollar cricketers milking the IPL are hardly the best judges” during a frenetic exchange of tweets. Nine years since the farrago, the success of the league and Warner himself bear the answers. The first, despite the sly digs that were common during its early days, was almost guaranteed. Warner’s success as an all-format batter, though, wasn’t something many foresaw, especially at the start of his T20 career.

Storming out at the MCG for Australia on his T20I debut as a 22-year-old with zero first-class experience, Warner had skeptical purists of the game, still warming up to the format, scoffing at his selection.

“We think it’s a very exciting plan,” the Australian chairman of selectors, Andrew Hilditch said then. “We’re looking at power hitters at the top of the game, a couple of architects in the middle who turn over the scoring well, and some power hitters at five and six. It is the ideal make-up.”

The 89 off 43 balls from there on is well documented, but his nonchalant onslaught on Dale Steyn was the real icing on the cake. A T20 giant had arrived, but few anticipated the growth trajectory of this boy from the suburbs.

Australia hadn’t scouted Warner from the wilderness. He had already turned heads with his incredible stroke-making in the Twenty20 Big Bash for New South Wales. Warner hadn’t just cracked the format but also wrestled a place at the top of the order in an NSW side that had among its contenders Phil Hughes, Usman Khawaja, Steve Smith, Moises Henriques, Brad Haddin, Simon Katich, Michael Clarke, Phil Jaques, Peter Forrest, Ben Rohrer, and Dominic Thornley, the skipper who vehemently backed Warner’s inclusion even in Shield cricket.

Even before Australia came calling, the IPL had. It’s probably what irked a lot of them. Warner broke the conventional path up the ladder – he had an IPL contract before his T20I debut and a T20I debut before playing a first-class game.

Impressed by his hitting skills, Delhi Daredevils had scouted Warner into their setup, a month before his Australia bow. The talent was too obvious to miss – a T20 basher in the mould of Virender Sehwag was too tempting a pick for Delhi. Warner would form a pair with Sehwag at the franchise, something which nurtured, rather than hindered, his Baggy Green dream. Sehwag’s remark that Warner “would be a better Test player than T20 player” had a huge impact on him.

The shades of today’s Warner we see in T20 were sown then. Warner’s Test dream took flight eventually, and true to what Sehwag had said then, it blossomed. From a wild basher, Warner turned into an all-format beast, picking up useful skills along the way that would eventually feed his career in the shortest format of the game, one where his game changed drastically over the years.

It is interesting to note how T20 as a format evolved over time and the decreasing role anchors had in a team. Starting out as a shortened version of one-day cricket, T20 separated itself into a fresh format. Novel strategies and an innovative outlook on the game itself came to the fore as T20 slowly garnered a new audience.

Hitters gained prominence, with the role of the anchor questioned and restricted. Warner’s evolution went the other way. As T20 moved to a format where anchors were dying out, Warner evolved from his brazen avatar as a ball-striker to a mature, composed batter, one who happily embraced the anchor role in T20 and upgraded it, setting new benchmarks. Unlike many others in his new tribe, Warner had the power game too to dominate the bowlers.

It made the Australian a one-of-a-kind anchor who could go at a strike rate of 140-150 while valuing wicket preservation. The benchmark, in terms of strike rate, for T20 anchors had gone from the 110s to the 120s in the early half of the last decade, but in the last few years, a strike rate above 130 is expected of a top-class opener who wishes to bat deep and play the anchor role. A select few strike at above 140. Warner is in that category.

The Warner we see today, developed over the years in the very league he vehemently defended a few years back, has a bit of everything – the raw power of a T20 hitter like Kieron Pollard, the touch game of a Virat Kohli, the range of strokes of AB de Villiers and acute game awareness that’s quintessential in this format. He is brilliant against pace and spin and is arguably the prototype for T20 anchors of the new generation.

When setbacks came, Warner countered them head-on. A Sunrisers Hyderabad faithful in the IPL, he was unceremoniously stripped of the captaincy, dropped from the side, and allegedly left at the hotel room without access to the dugout in IPL 2021. The Warner of 2013 would have created a huge ruckus. The Warner of today is different. He fought back through weight of runs. The opener led Australia to its maiden T20 World Cup triumph, winning the Player of the tournament. A message had been sent.

Warner had done enough for the IPL over the years. It was time for the IPL to pay him back in 2022 at the mega auction. And the cycle was complete when he was picked up by his former franchise at the auction. It was only fitting that he finished the season with more than 400 runs, averaging 48 and striking at 150.5. Sixteen batters made 400-plus runs in the league stage. Only Warner had an average of over 40 and a strike rate of over 150. This is the new-age anchor in full bloom, scoring the big runs, and doing it at a frenetic pace.

Only one side of Warner was apparent on the misty night at the MCG when he smashed a 149.8 kph delivery from Dale Steyn into the crowd. The other side, though, completes his evolution into one of the greatest T20 batters to ever play the game.

Michael Atherton: England Should Pick Harry Brook Over Jonny Bairstow At No.5 For The First Test