Michael Atherton: England Should Pick Harry Brook Over Jonny Bairstow At No.5 For The First Test 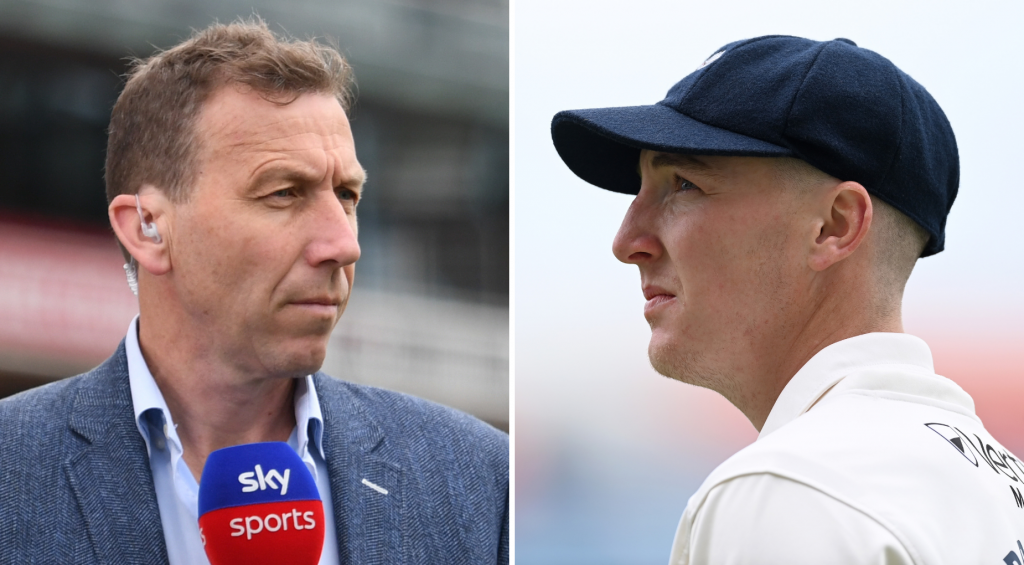 Michael Atherton has said he would pick Harry Brook in place of Jonny Bairstow for England’s first Test of the summer against New Zealand.

The 23-year-old has been one of the stars of the summer so far, earning a maiden England Test call-up for the New Zealand series after a stellar run for Yorkshire in the County Championship.

Rob Key, the ECB’s managing director of England men’s cricket, confirmed that Ollie Pope would bat at No.3 and Bairstow at No.5 when the Test squad was announced, with Ben Foakes taking the gloves at No.7. But Brook’s pyrotechnic form has prompted Atherton to argue his case for a place in the starting XI.

“It’s a real conundrum for England,” he said on Sky Sports Cricket. “They’ve publicly said that Jonny Bairstow’s going to bat five and Harry Brook is probably not going to play, but it must be so tempting to pick a young man who is in that kind of form. When you pick a young player is so important and he’ll never be in better form than this or more confident than this, so the temptation must be very very strong to slip him in that middle order next week. I don’t think England will, but it must be mighty tempting.”

Atherton was speaking following Brook’s latest masterclass, a 48-ball 72 in the Roses derby between Lancashire Lightning and Yorkshire Vikings, with Brook falling on the last ball with one run needed for victory, thus confirming a tie. Brook made an unbeaten 60 in his first T20 Blast innings of the season, while in the County Championship, he has only once been dismissed for less than 80, making 840 runs at an average of 140.00, with three hundreds.

The former under-19 captain faces a battle with Bairstow for a middle-order berth, with Brook’s fellow Yorkshireman having been England’s most consistent Test player in 2022. He has made two hundreds and averaged over 50 in four Tests so far, albeit from No.6, returning to form after a poor run in 2020 and 2021. Despite this, Atherton suggested it was Bairstow who should make way for Brook for the first Test against New Zealand.

“I’d pick him, I would, absolutely,” he said. “I’d have to pick him instead of Bairstow at five, just because of the form he’s in, I’d have to play him.”