Sanju Samson led Rajasthan Royals (RR) thrashed Royal Challengers Bangalore (RCB) by seven wickets in Qualifier 2 to book a place in the IPL 2022 final showdown, where they will lock horns against Hardik Pandya-led Gujarat Titans on Sunday (29 May 2022). This is the first time that Rajasthan has made it to the IPL final since they qualified for the IPL final since they won the title in the inaugural edition (2008) under Shane Warne’s captaincy.

Rajasthan had assembled a fabulous all-around squad at the mega-auction and was being considered as one of the pre-tournament favorites for the title win in the 2022 edition of the Indian Premier League. What looked like the best teams on paper ahead of the season, turned out to same on-field as well. RR squad gave consistent performances throughout the season and have finally reached the final of the IPL.

While they were touted to be among the best contenders to win the IPL trophy, the host broadcaster missed having a caricature of the Men in Pink in the pre-tournament animated video.

Meanwhile, after Rajasthan Royals reached the finals, Sanju Samson’s wife Charulatha Ramesh took to her social media and shared a screenshot of the same on her Instagram story. Sharing the screenshot, Charu wrote how the video has captains and players from each of the 9 franchises except the Rajasthan Royals. She wrote:

“Saw this animated video showing the race for IPL 2022 on the first day of IPL. And wondered why there wasn’t any pink jersey.” 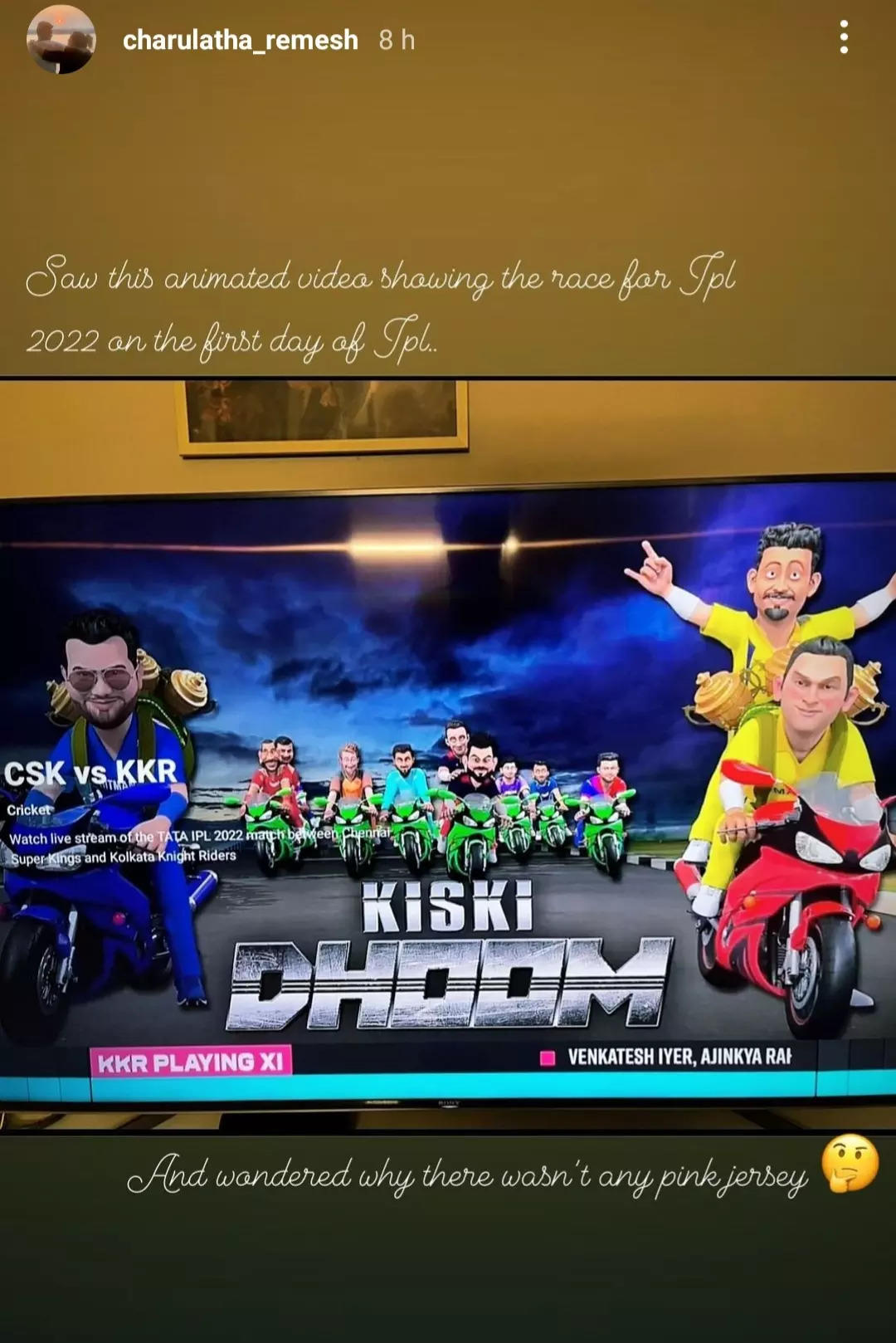 In the next Instagram story, Charu shared an animate picture of Rajasthan Royals’ squad reaching the final and wrote: “AND FINALSSSS!!!!…..Grateful” 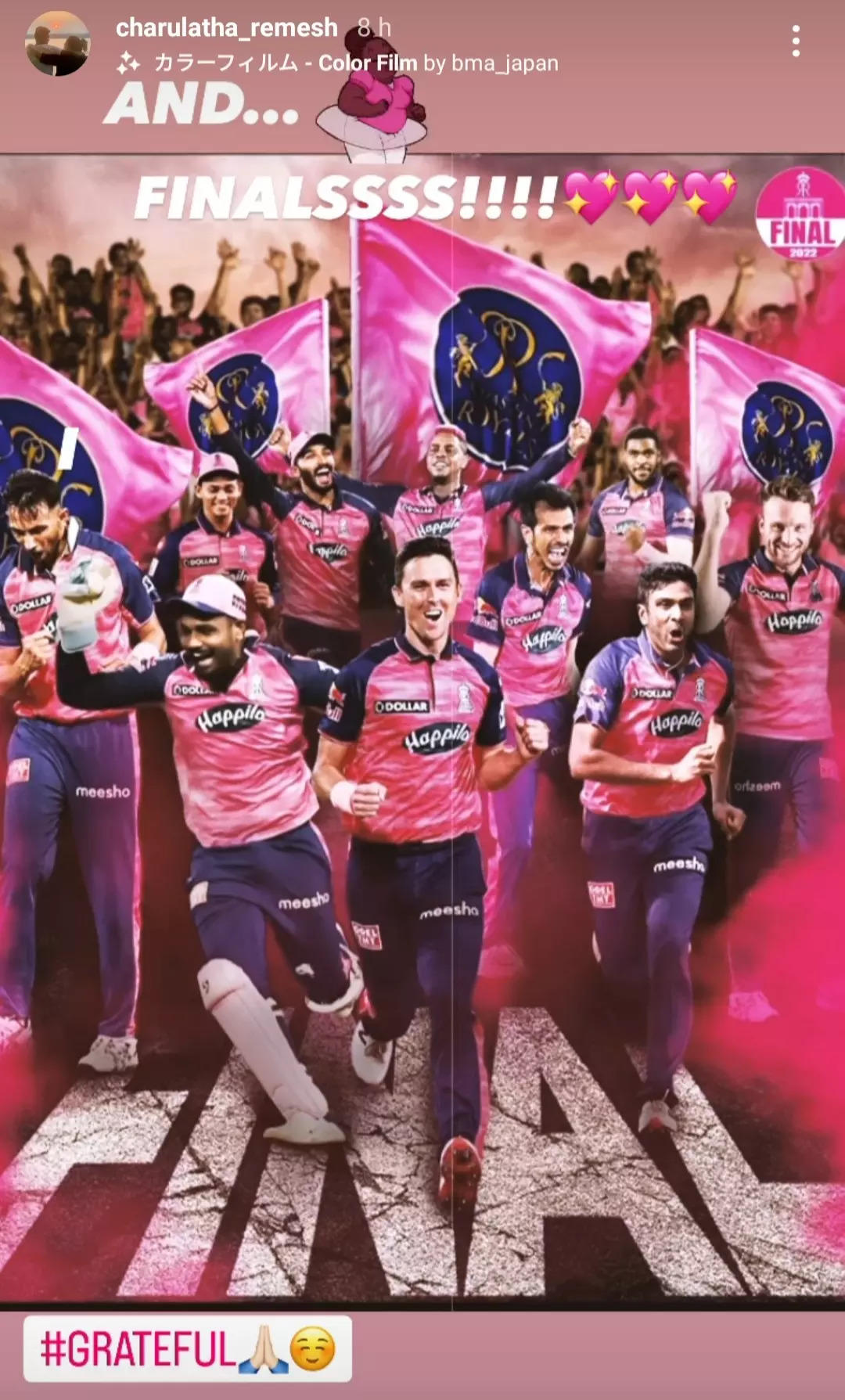 Sanju Samson, who started his captaincy career for Rajasthan Royals in IPL 2021, is receiving praises from all corners for the way he has led his side in the ongoing edition of the Indian Premier League.