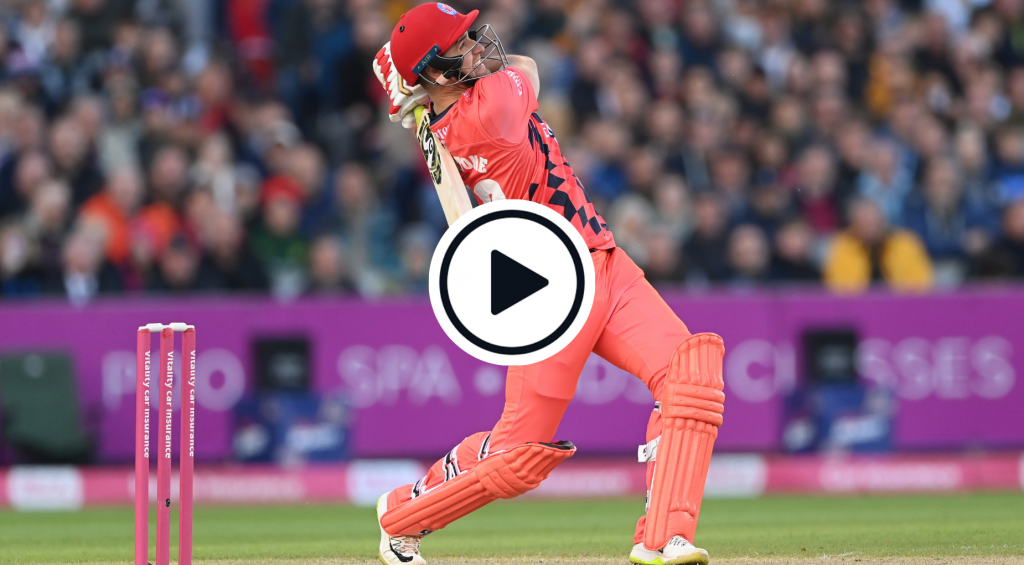 Watch: Liam Livingstone smashed an enormous six out of Emirates Old Trafford during a thrilling Roses derby clash between Lancashire Lightning and Yorkshire Vikings in the T20 Blast.

Livingstone touched down back in England recently after impressing during a stint playing for Punjab Kings in the Indian Premier League, and wasted no time showcasing his prowess, teeing off in his first T20 Blast appearance of the year.

He took his time to begin with, progressing to six off nine balls, before taking aim at the 10th ball he faced, launching Matthew Revis mightily over the leg-side.

“That has gone a long way,” said Ian Ward on commentary. “He has currently the biggest six in the IPL, 117 [metres], that might be worth tracking. He’s given himself a handful of balls to get in. Now he’s motoring.”

There was no distance measurement of the hit, with Livingstone having made a habit of notching monster sixes. Last summer, he famously hit a six over Headingley’s new stand, with some suggesting it had travelled in excess of 130 metres, while his biggest six during this year’s IPL was the competition’s largest since records are available, in 2009.

Livingstone carried on from there to finish on 23 off 16 balls, hitting 20 off five before his dismissal. The game was a thriller, ending in a tie with Harry Brook dismissed off the final ball of the Yorkshire innings, given out lbw for a 48-ball 72 with one run needed for victory.