Before the start of the IPL 2022 final between Gujarat Titans and Rajasthan Royals, the BCCI unveiled a giant jersey and has broken the world record by creating the world’s largest cricket jersey at the Narendra Modi Stadium, Ahmedabad.

The enormous jersey has dimensions of 66 metres by 42 metres and the BCCI President Sourav Ganguly along with BCCI Secretary Jay Shah and Brijesh Patel, Chairman IPL, were presented the certificate from the Guinness book of world records by their representative.

The behemoth of a jersey had the logos of all the 10 IPL teams, logos of the BCCI and the IPL. In the middle a large “15 years of IPL” text was written.

After this, the BCCI had arranged a celebratory closing ceremony with a musical tribute celebrating Independent India’s iconic moments on the cricket field, plenty of songs being sung by a number of renowned singers headed by Oscar winner A.R.Rahman. Bollywood superstar Ranveer Singh entertained the crowd for about 20 minutes with his dance steps to a series of different songs.

Sanju Samson won the toss and elected to bat

Rajasthan Royals skipper Sanju Samson won the toss and elected to bat first. Samson explained that the pitch was a used one – on which they defeated RCB in the Qualifier 2 – and hence they feel it will deteriorate as the game progresses. Samson kept his side unchanged from the eleven that thrashed RCB couple of days ago. 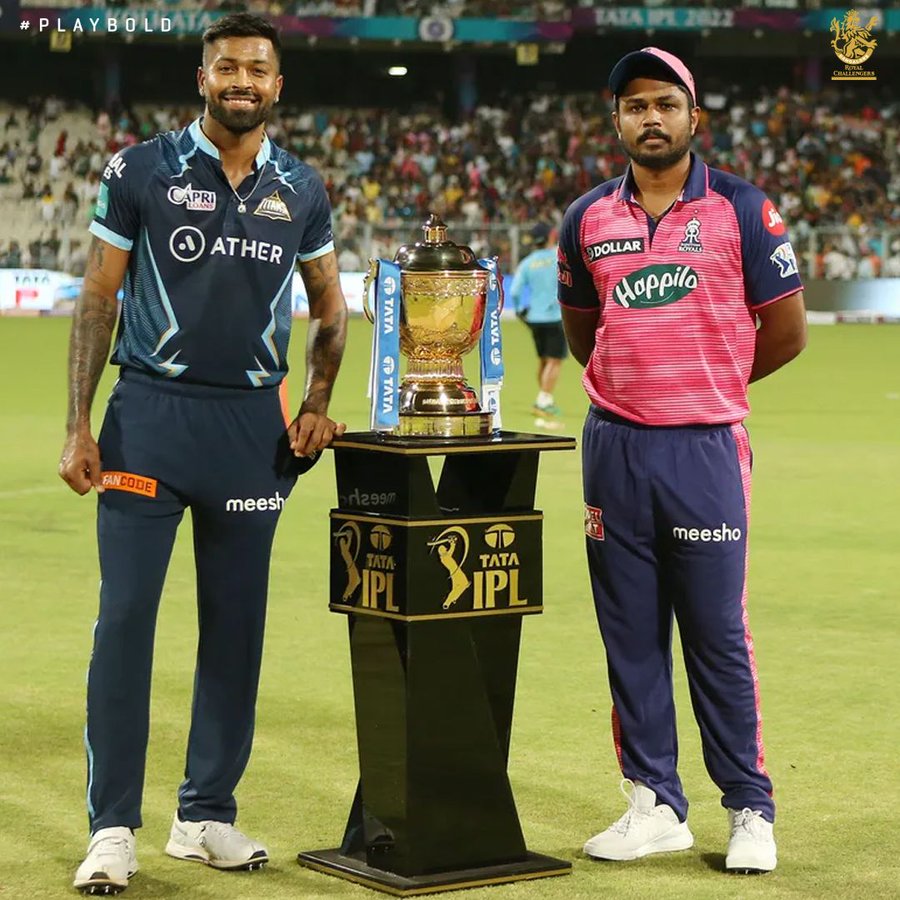 Gujarat Titans captain Hardik Pandya, though, made one change from the eleven that defeated RR in the Qualifier 1 – Lockie Ferguson replaces Alzarri Joseph who has picked just two wickets in his last five outings.

Pandya, the Baroda all-rounder, got a huge cheer from his home state crowd who are more tilted toward supporting their home team, Gujarat Titans.