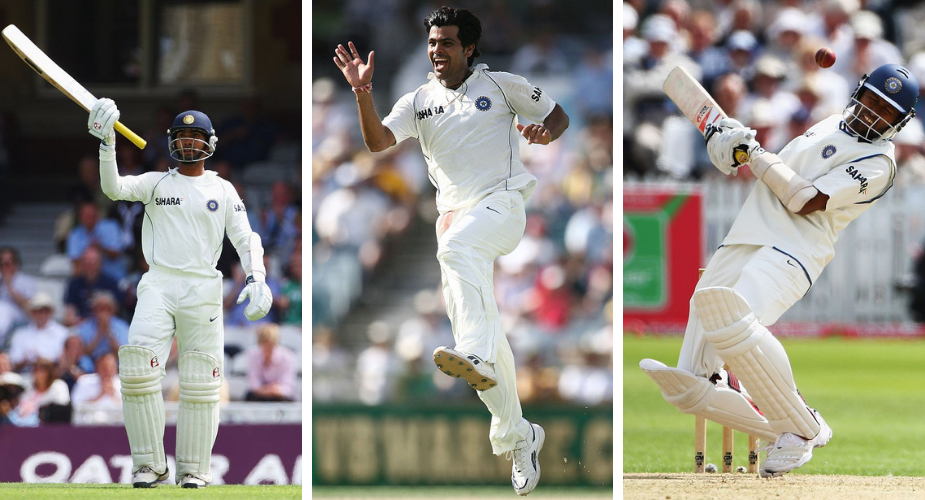 India’s 1-0 Test series win against England in 2007, which came after a gap of 21 long years, came as a wave of hope after the team’s first-round exit from the World Cup earlier that year.

The year 2007 arouses mixed emotions among Indian fans. The first half was challenging, after the Men in Blue, the finalists of the 2003 World Cup, crashed out in the first round of the 2007 tournament. Rahul Dravid’s captaincy came under criticism: things turned ugly when the player’s residences were stoned, and their posters burnt.

One of the bleakest moments gave way to unparalleled joy just a few months later when India clinched the Test series in England under Dravid. Coming more than two decades later, the triumph helped remove some of the blemishes from Dravid’s captaincy tenure, which had been marred with endless controversies.

The series win was led by performances from senior pros Anil Kumble, Zaheer Khan, Sachin Tendulkar, and Sourav Ganguly, who were supported tremendously by a few unheralded stars.

Dravid stepped down from the role after the tour, paving the road ahead for MS Dhoni, under whom India went on to lift the T20 World Cup in September to complete the magical turnaround. The rest, as they say, is history.

Karthik’s career has often been overshadowed by greater stalwarts, and the 2007 India-England series was no different. Picked as a specialist opener, Karthik ended as the leading run-scorer from the side, making three half-centuries, the highest among any batter across the two teams. Overall, Karthik was the third-highest run-getter in the series, behind Kevin Pietersen and Michael Vaughan.

What stood out was Karthik’s ability to see off the new ball, innings-after-innings, a role Rohit Sharma essayed to perfection in recent times. In the six innings that Karthik batted, he faced more than 50 balls four times, including batting out more than 100 deliveries on three occasions.

The wicketkeeper perfectly adapted his game in accordance with the demands of the situation: he batted with a strike rate of 44.44 when India were playing for a draw in the first Test, needing 380 for a win, and then upped the ante in the third match, batting at a rate of over 60 on a relatively flatter wicket, which enabled the visitors to post 664 in their first innings.

Karthik is the only active international cricketer amongst Indians who played in that series. Following the series, he played only ten more Tests over the next 11 years. He has been in and out of the international side, having last played for the country in the 2019 World Cup, following which he took up commentary. However, Karthik is an enigma who refuses to give up: he has recently been selected in the T20Is against South Africa, after a stellar 2022 IPL, and has expressed his desire to play in the T20 World Cup Down Under later this year.

Jaffer might not have accumulated big runs in the series, but played crucial knocks at the top of the order, forming partnerships with Karthik for the opening wicket. He helped in blunting out the new ball, facing more than 40 deliveries in four of the six innings that he batted in. The Mumbai player scored two fifties, both at pivotal moments.

In the first Test, up against England’s first innings score of 298, India were in a spot of bother, having been reduced to 27-2. Jaffer managed to hold one end up, and carefully maneuvered the innings, scoring a cautious 58 in 156 balls. That no other player from the side could score more than 37 runs is evidence of the calm temperament Jaffer showed, as India managed to post 201 runs on the board. He stitched together a 147-run stand with Karthik in the next game, after England scored 198 in their first innings. Courtesy of the knocks by their openers, India posted 481 in their first innings, which paved the way for a momentous win.

Jaffer was to play his last Test in April 2008, despite making three fifties and one hundred in the next nine games. Jaffer continued to pile on runs in Ranji Trophy, before retiring after the 2019/20 season.

RP Singh kept the batters on their toes throughout the series, picking up at least a wicket in all the six innings that he bowled. Though it was Zaheer Khan who was firmly in the limelight – bagging 18 wickets and ending as the top wicket-taker – Singh’s efforts did not go unnoticed and he was touted as the next leader of the attack.

A ferocious swing bowler, the left-armer’s moment came in the second innings of the first Test at Lord’s, where he picked up a five-for, sending down balls from unplayable angles and varying his lengths to surprise the batters. He etched his name on the Honour’s Board after a memorable spell, which also remains his only five-for in the format.

Singh, who had played only four Tests prior to the 2007 series, was unable to live up to his initial promise, featuring in six more Tests till the end of 2008. In 2011, while on a vacation, he was given a surprise call-up after three years midway through India’s 2011 tour of England. RP was unable to replicate his showing from four years ago, ending with 0-118 at The Oval, which cruelly put an end to his Test career.

Quiz! Every India Men's Player To Play A Test In England This Century