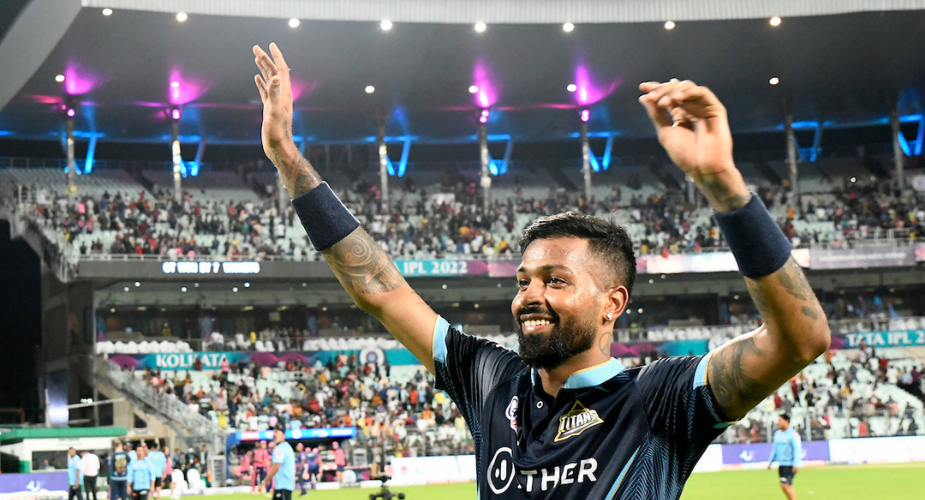 Hardik Pandya is finally back, having put his injury struggles behind – the all-round brilliance was pivotal to Gujarat Titans’ IPL title, but more importantly, it was what Indian cricket needed.

Hardik’s long-standing back injury, while being a massive blow to his career, had far-reaching repercussions, leaving India with a hole that was difficult to fill. Seen as a true seaming all-rounder, who could also bowl at crucial junctures, the 28-year-old’s fitness woes meant that he did not send down a single delivery in the 2020 and 2021 editions of the IPL. His lingering issues even led to rumours of a Test retirement, with several pundits being critical of his fitness – Shoaib Akhtar once claimed that he had really “lean back muscles”.

Unwilling to jeopardise his future, Hardik delayed his bowling return, playing as a specialist batter for Mumbai Indians from 2020 onwards. Even for India, his bowling spells were limited: he bowled a total of 23 overs in ODIs last year and sent down more than two overs in a T20I game only on four out of eight occasions.

However, with then India skipper Virat Kohli claiming that the team expected him to bowl his quota of overs consistently, the pressure was firmly on Hardik. The emergence of Venkatesh Iyer as a finisher in the shortest format for India further intensified the scrutiny on him, with the Men in Blue now having a player who could strike big in the death consistently.

Hardik, though, remained unperturbed, silently confident in the hard yards he had put in since he last played for India in the T20 World Cup in 2021. On being asked if he would be seen bowling in the 2022 IPL again, he aroused curiosity by stating a “surprise” awaited fans.

His words were full of substance. Picked as leader of the newly appointed Gujarat Titans, Hardik has impressed with his clarity and role definition, along with his man-management skills that saw his side finish at the top of the table. Emerging as a top captaincy candidate besides, what has stood out has been his ability to lead from the front, with both bat and ball.

Hardik has played crucial knocks throughout the campaign, but the “surprise” element was unearthed with his performances as a bowler. He was seen bowling full-tilt in the first four games, completing his quota throughout. There was no hindrance in terms of pace either. Hardik was quick, he was swinging the ball like before, and used himself in the powerplay overs regularly as the months of toil paid dividends.

Hardik’s spell in the final, where he ended with 3-17 is further proof of how effective he has been. He troubled the Rajasthan Royals batters with hard pace, and pulled back his lengths, not going too full, as he ended the edition with eight wickets at an average of 27.75 and an economy rate of 7.28. The numbers, at first glance, might not seem impressive, but in a bowling attack that already had Rashid Khan, Lockie Ferguson, Alzarri Joseph, and a bevy of impressive Indian bowlers, it was exactly the support system Titans needed.

The performances are crucial not only to Hardik’s own redemption but India’s own T20 success. Iyer is still raw, yet to play a T20I away, and his bowling leaves much to be desired. Hardik’s increases both the batting and the bowling depth: not many teams would have a seaming all-rounder with a strike rate of 146.29 and a bowling average of 27.40. Hardik has won games across the world consistently and is one of the most powerful hitters, unfazed under pressure.

Coupled with his bowling skills, he remains an all-round match-winner, having picked up 42 T20I wickets at an economy rate of 8.23. The promise has never been under question, but the wait for his return to full fitness has been long. As India gather their resources together for another T20 World Cup, Pandya’s re-emergence is a massive positive.

“I saved the best for the best,” Hardik said about his bowling in the post-final presentation. The confidence is as good as it has ever been, the return to fitness heartening. Hardik Pandya is finally back, and so are the smiles on Indian fans’ faces.