Kumar Sangakkara Is Getting Slammed For His Statement Against Ravi Ashwin

Kumar Sangakkara Is Getting Slammed For His Statement Against Ravi Ashwin: The Hardik Pandya-led Gujarat Titans made history on Sunday as they registered an emphatic seven-wicket victory over Rajasthan Royals in the IPL 2022 final match at the Narendra Modi Stadium in Ahmedabad.

Gujarat Titans chased down the 131-run target with seven wickets and 11 balls to spare to register a stunning win, inspired by their captain Hardik Pandya’s all-around show, who returned with the figures of 3/17 with the ball, before backing it with a crucial knock of 30-ball 34.

Rajasthan Royals might’ve failed to give the best of their abilities in the IPL 2022 final, but they stood fine as a team throughout the tournament – from some sensational performances by Jos Buttler to amazing bowling performances led by spin twins Yuzvendra Chahal and Ravichandran Ashwin. 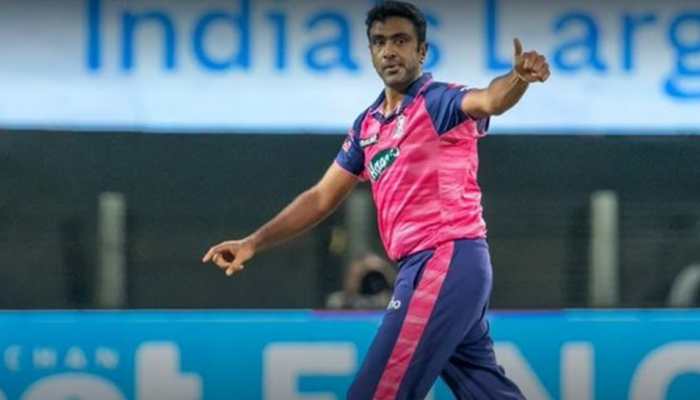 Kumar Sangakkara made a big statement on Ravi Ashwin

Meanwhile, after the game, the team Director of Cricket Kumar Sangakkara stated that Ashwin had a lot of ‘thinking’ and ‘improvements’ to do, in terms of his approach to bowling.

Speaking about the same in the post-match presser, Kumar Sangakkara said: “Ash (Ashwin), he’s done a great job for us,”

He added: “Even for Ash, being a legend in terms of what he has achieved on the cricketing pitch, there will be a lot of thinking and improvements to do, especially with his off spin and bowling more of it.”

However, Kumar Sangakkara’s statements didn’t go down well with the fans on social media. Several fans highlighted Ashwin’s performances in RR’s stint in the IPL 2022 final. Ashwin bagged 12 wickets from 17 outings at 41.91, and was the most economical among RR bowlers, conceding runs at a miserly 7.50.

Not just this, Ashwin also stepped up with the bat whenever the opportunity presented itself. In IPL 2022, Ashwin scored 191 runs at 27.28 and a strike rate of 141.28, including a maiden IPL fifty.

Fans are slamming Sangakkara left, right, and center for his statement. Check out how fans reacted:

You have got those 2 chances to Finals Only Because of Ashwin lol. You won’t blame batters for this total won’t blame Sanju,Dev,Parag even once but will blame the bowler who succeded with the same variations in all these matches and coming to bowl in the 12th over against 2 set

“Even for Ash, being a legend, there will be lots of improvements & thinking to do, especially with his off-spin and bowl more of it” – Sangakkara
When the likes of Moeen & Roston do it successfully, Ashwin needs to have a relook. #Cricket #IPLFinal #IPLFinals #IPL #GTvsRR #GTvRR

if sanga said this about Ash
release him next season no need of insulting one of the greatest cricketer of our generation.

Lol blaming bowlers in a match were Sanju failed in batting yet another time! Sanga has gone nuts I think.

This is soooo disrespectful https://t.co/UXu3h7qhlX

Too hard on @ashwinravi99 . The guy single-handedly won RR so many games. Off days happen, doesn’t mean you will throw him under the bus.#RajasthanRoyals #IPL2022 #CricketTwitter https://t.co/ljSDOAU757

It’s hard to be Ashwin , Everyone want to see the back of him . https://t.co/ec03C3oucg

Interesting. I suspect if this is a result of Ashwin not following the suggestions of team management yesterday.

The staff might have suggested something and probably Ashwin bowled with a different plan. https://t.co/AwPQlbm8QX