It was in 2016 when Hardik Pandya was selected for the first time in the Indian cricket team on a tour of Australia and at that time he had expressed his gratitude to the Indian Premier League for shaping his career. He had said: “I owe a lot to the IPL as it has changed my cricket and my life.”

6 years later, all thanks to his terrific performances in IPL 2022, Hardik has received a comeback call by the BCCI for the upcoming T20I series against South Africa. During these last 6 years, Pandya has literally seen it all – both on and off the field. His cricketing career has been nothing less than a rollercoaster ride. 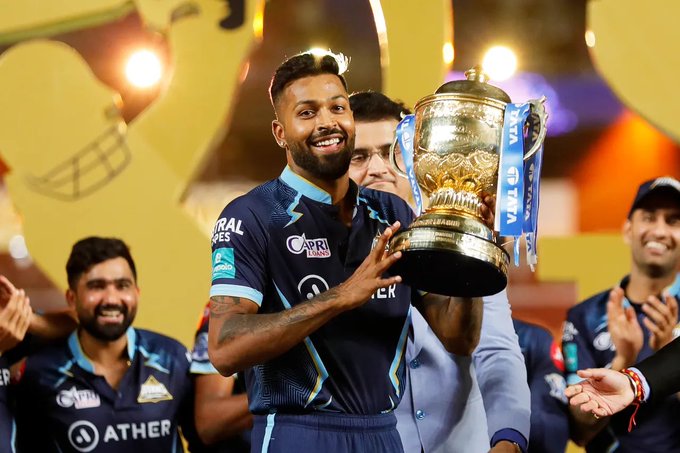 However, injury, criticism, trolls, poor performance, surgery – Hardik Pandya defied all odds and made a stellar comeback to form. Be it with the bat, with the ball or with his leadership, Hardik put on a stellar all-around show in the just concluded 2022 edition of the Indian Premier League.

He proved everyone wrong as he led his team to an emphatic seven-wicket victory over Rajasthan Royals in the IPL 2022 final match at the Narendra Modi Stadium in Ahmedabad, on Sunday. The way he has led Gujarat Titans to their maiden win has impressed one and all.

Meanwhile, former England skipper Michael Vaughan is also very impressed with the captaincy of Hardik Pandya. After the historic win, Vaughan took to this Twitter and gave the biggest compliment to the GT skipper.

Vaughan also made a big claim by backing Pandya for the future captaincy of the Indian cricket team. He wrote:

“Fantastic achievement for a new franchise … If India need a captain in a couple of years I wouldn’t look past @hardikpandya7 … Well done Gujurat .. #IPL2022″

Fantastic achievement for a new franchise … If India need a captain in a couple of years I wouldn’t look past @hardikpandya7 … Well done Gujurat .. #IPL2022