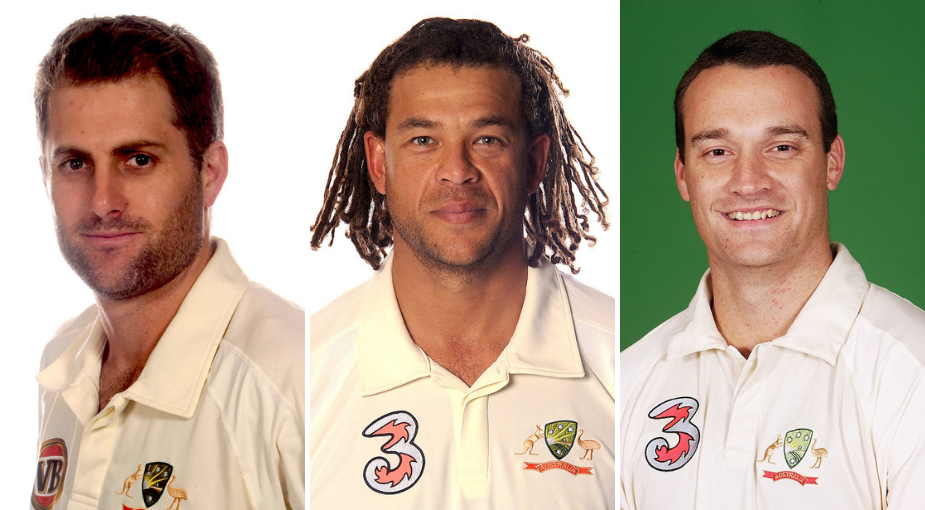 Australia’s glorious run as a Test team in the late 1990s and early 2000s is one of the best any side has ever seen, enjoying a period of sustained excellence that will be difficult for any team to match in the future.

During their pomp, the side proudly featured some of the best players of the modern game, each department sufficiently stocked, with hardly any weakness apparent on paper. By the turn of the century, they became an all-format titan and continued to be indomitable in Tests until a spate of retirements hit them in 2007. By mid-2008, the dream team had disbanded.

The unprecedented degree of success meant that there was hardly any room for fringe players to break into the first XI, leaving several talented players with short Test careers or established ones with early retirements. We take a look at a second XI from the same era, constituting players who did well in the Noughties whenever the first-choice picks made space.

Here’s what a second XI from the same time (period of consideration: January 1, 2000, to June 30, 2008) – Australia lost just two Test series across these eight and a half years.

A resourceful cricketer, Katich batted nearly everywhere for Australia, happily switching roles from gutsy opener to middle-order grafter. Given the paucity of openers for the second XI, he fits perfectly fine at the top here: he hit two big hundreds during his opening gig in the Caribbean in 2008, serving as the ideal solution at the top when the gifted left-hand pairing of Langer and Hayden disbanded, and well beyond.

Once dubbed as the next Gilchrist by Steve Waugh, Jaques found chances hard to come by after he debuted in 2005 but was set for the long haul once Langer departed, cracking back-to-back hundreds in November 2007. His time as a Test cricketer, though, came to a cruel halt following injury struggles with his back. Hayden, himself searching for runs in the twilight of his career, found an able partner in Katich, and by the time ‘Haydos’ departed, Phil Hughes had taken Jaques’ place.

Junior was probably past his prime when the 2000s arrived, but still had plenty of his trademark style, scoring two centuries in the 2001 Ashes in England. Australia’s trusted No.4 in the 1990s, Waugh found more competition as he entered his thirties, bringing an end to his 128-Test career after being dropped for the 2002/03 Ashes, with Darren Lehmann quietly taking up his spot.

Hodge played all of six Tests and was perhaps the unluckiest victim of Australia’s middle-order riches of the 2000s. Hodge sneaked into Damien Martyn’s place briefly in 2005 but had to move out once he returned. An unbeaten double century in Perth could have been career-changing for anyone else, but he played only three Tests thereafter, earning a one-off chance in 2008 that proved to be the final one.

A late bloomer in Tests, Lehmann earned his second chance in 2002 and proceeded to keep the spot for the next two years. Three out of his five hundreds came outside Australia, with more being on store when he was briefly named as vice-captain in 2004. A torn hamstring came as a setback, and underwhelming tours to India and Pakistan, combined with Clarke’s emergence, ended his Test career for good.

Symonds’ white-ball skills deserved plenty of recognition, but his Test career somehow remained an understated aspect of his career, even though there was potential for so much more. Up until the start of the 2006/07 season, chances were few, but an Ashes hundred at Melbourne opened up avenues, and by the time of the 2008 Sydney ton against India, he had made one of the middle-order spots his own. He finished with a final Test career batting average over 40.

Competing with Adam Gilchrist was hardly a possibility for any Australian wicketkeeper in that period, and his monopoly kept many, including Haddin, out of the side. Only once Gilchrist retired did Australia try a new gloveman, and Haddin took the opportunity with both hands, remaining first choice until 2015. In another era, he would have played many more than 66 Tests.

Perhaps born in the wrong era, Bichel’s career coincided with those of Australia’s greatest bowlers, leaving him with 58 wickets from 19 Tests. A second wind in his thirties came at the turn of the century, and Bichel was used on and off as a fill-in, but there was hardly any long-term place for his bustling pace and useful lower-order batting. His Test bowling average in the 21st century was 28.08.

Another player who spent years dropping in and out of the side, Kasprowicz’s career had pockets of brilliance spread across a decade. From 2004 to 2006, he enjoyed a late run in Tests – he played more than one-third of all his Tests in 2004, but back and groin issues prevented him from enjoying a longer run.

There’s been plenty said and written about MacGill being born in the Shane Warne era, with many feeling that he deserved more than his tally of 44 Tests. After a rousing start, MacGill spent most of the early 2000s on the benches, but enjoyed a renaissance in 2003 with 57 wickets, unarguably his best year in Tests. When Warne retired, MacGill would have finally eyed a permanent spot, but a wrist surgery in 2007 meant that he was never the same bowler.

Emerging from the McGrath mould of unerring line and length, Clark stuck the sweet spots with his nagging medium-fast, enjoying a dream debut year that saw him claim 42 wickets in 2006. It felt like Australia had a long-term replacement for McGrath, but an elbow surgery in early 2009 and a back injury later that year meant that he couldn’t progress further.