Inside The Durham Pace Factory 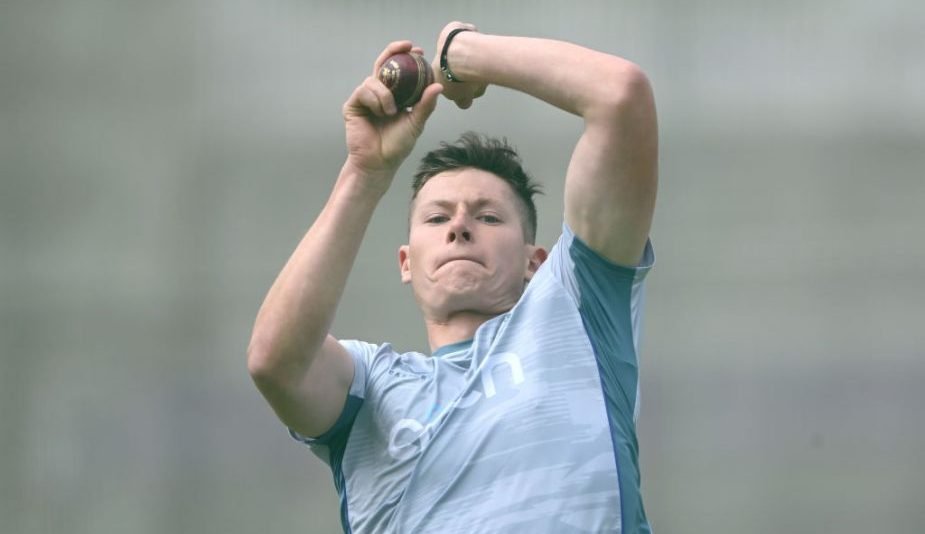 As Durham continue to furnish England with fast-bowling talent, Taha Hashim examines why the North-East is such fertile land for thoroughbred quicks.

The selection of Matty Potts in England’s first squad of the summer made a whole lot of sense. After the first block of the County Championship season, the 23-year-old is the leading wicket-taker in the country (35 at an average of 18.57) and has shown both pace and heart on flat pitches. He’s managed to stay on the park, surviving the injury crisis that has hurt England’s pace-bowling reserves. And, crucially, he’s learnt his craft at Durham – a county with a longstanding reputation for producing international-quality fast bowlers.

Steve Harmison was at one stage the No.1-ranked Test bowler in the world and delivered one of the great balls to become an Ashes hero in 2005. Liam Plunkett mastered the middle overs to become a World Cup winner. Mark Wood may well be the fastest bowler England have ever had. Throw in Ben Stokes, who wouldn’t look out of place as an attack leader if he didn’t have other responsibilities, and Graham Onions, an Ashes winner in 2009 who was unfortunate to not play more for his country, and you’ve got a special group of quicks. All products of the Durham system; all success stories for England in the last 20 years. Potts is set to join an illustrious group.

So what’s the secret to this production line of quicks? Geoff Cook, who joined the club in 1991, developing numerous talents until he stepped down as director of cricket in 2018, hails the influence of Harmison. “Youngsters get their role models,” he says. “We were lucky enough to be able to employ Steven Harmison and that got the ball rolling quite substantially.” But otherwise, Cook claims, “It’s just been a long line of good luck, really”.

He is being too modest. It was Cook who spotted Harmison while he was playing for Northumberland under-17s, paving the way for the rest to follow. “Geoff definitely had an eye for a cricketer, without a doubt,” says Neil Killeen, who took 262 first-class wickets for Durham and is now a coach at the club. “None of us would’ve got an opportunity without Geoff spotting something in us. That is the skill of a coach. You spot something that you think could take that player a little bit further. Geoff certainly did that.”

Onions, who made his first-class debut in 2004 at the age of 21, remembers Cook as a coach who wasn’t bogged down by technicalities. “I can’t remember Geoff ever teaching me how to potentially bowl within myself. I was always taught, ‘Just bowl quick. You can change the game with a spell and you can bowl fast’.”

John Windows, Durham’s academy director, explains that the emphasis on bowling fast is ingrained in the way the game is played in the North-East. “It’s probably a function of the region – nothing is half-cocked, it’s all full throttle,” says Windows. “Bowl as fast as you can. If you can bowl fast, bowl fast. You could go into depth with pitches and all that, but I think it’s just a function of natural competitiveness, a desire to bowl fast, lots of really strong club cricket where the message would be, ‘Bowl hard if you can bowl hard. If you’re a big strong lad, welly it down’.”

“I’m slightly biased here but I just believe the attributes, the determination, is just in us in the North-East,” adds Onions. “We work hard and we’ve just got that little bit of extra grunt, a little bit of determination to try and get the best out of ourselves. I really do believe that.” Perhaps this is where those extra few clicks come from.

Killeen also acknowledges regional characteristics. “There is a North-East mentality, a steely grit. People want to get in the battle, they want to just keep bowling. That’s something which you can’t actually teach.

“I do think that comes from having a strong club system in the North-East. It’s traditionally been a place for strong leagues. They’re extremely competitive. As a 14-year-old quick bowler I was playing men’s cricket in the North-East. That was something which taught me a lot about me; I had to get into the battle – [show] that toughness and that grit. To survive, you had to have that.”

When Durham secured their second consecutive County Championship title in 2009, their three leading wicket-takers were Harmison (51 wickets), Plunkett (49) and Onions (45). “When you’ve got a really good crop of bowlers or players, and you’re doing well for each other, you want to compete against each other and you want to bowl quick,” Onions says. “We had a crop of bowlers around the time we were really doing well, pretty much everyone bowled between 85 and 90mph, which is just unheard of really [in county cricket].

“I wanted to play with [Steve Harmison] and compete with him and try and learn from him. I think from my own way of thinking and the way I was trying to push myself every day, I wanted to try and be as good as him.”

Durham continue to call upon a battery of impressive seamers; include the England regulars and who would you leave out of your first XI? There’s Stokes, Wood, Potts and the rapid Brydon Carse, who impressed in his debut ODI series last year against Pakistan. Then there’s Chris Rushworth, the club’s all-time leading first-class wicket-taker, and the ever-reliable Ben Raine – both homegrown talents Durham can be proud of.

Being surrounded by such quality has surely benefitted Potts who, like other Durham quicks before him, took time to discover his cricketing identity. “Stokes was a really athletic young lad who batted, and it was only when he grew a bit that he started to bowl,” Windows says. “Very similar with Plunkett – he was an opening batsman when he was young and then grew at 17, 18 and started to bowl quick around then. Exactly the same with Potts. He was primarily a batsman at junior age with plenty of energy. When he grew at 16,17, he became quick. Woody was a medium-pace all-rounder, batted in the middle order for Northumberland, and it was only really at 19 when he started to kick on and bowl fast.”

Patience, Windows explains, is key during those formative years. “You don’t decide who your fast bowlers are at 15. Everyone bats, everyone bowls. Plenty of coaching goes on but it doesn’t really matter if you’re not that fast at that time. There’s a lot of coaching that goes on at the junior age-groups but they might not have grown so you just wait for them to mature really. Leave the door open as late as possible.”

“If somebody bowls fast we encourage them to bowl fast,” adds Killeen, though he stresses that pace isn’t everything. “I think bowling faster and being a good quick bowler are two very different things. Of course, you’ve got to try and increase your speeds. But I think being able to swing the ball or hit the seam, or make the ball move off the straight is part of what makes a good fast bowler and that’s part of what our fast bowlers do.”

Potts, who operates in the 85mph region, is cited as an example. “Matthew this year is bowling good pace, consistent hard lines and lengths that are asking questions all the time with swing, with seam, with the variations. We’ve played on some extremely flat pitches with balls that have done nothing this year, but he’s taken wickets. He’s found ways to take wickets by being relentless.” England will now hope to benefit, once again, from Durham’s good work.

Complete list of top performers for each team in IPL 2022