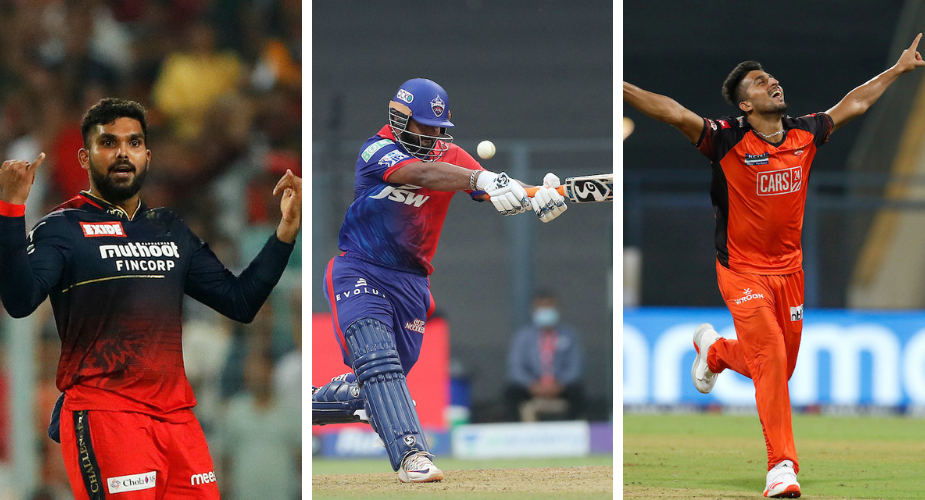 The Indian Premier League always provides an opportunity for youngsters to show their mettle on the grandest stages, and the 2022 edition was no different — we take a look at the Under-24 Team of the Tournament.

A new franchise seems to have worked for Gill, who ended with his best strike-rate in an IPL season since 2018. After bagging a duck in his first game in 2022, the opener came back strongly with a 46-ball 84, which was followed by a knock of 96 in 59 balls. He tapered off thereafter but did score two more fifties before the end of the league stage. Gill anchored the run chase in the final with an unbeaten 45* off 43, hitting the winning six in front of a roaring crowd in Ahmedabad.

The opener made up for the indifferent form of his partner Kane Williamson. Sharma did not have the greatest start to the season, scoring nine and 13 at strike-rates of 47.36 and 118.18 respectively, but turned his form around spectacularly, with a fine 50-ball 75 against Chennai Super Kings. He was the highest run-scorer for his side in 2022, and ended with the most runs by an uncapped player.

The 19-year-old was one of the brightest sparks in what was an otherwise dismal tournament for five-time champions Mumbai Indians. He ended with seven 30-plus scores in the tournament and was widely regarded as one of the breakout stars of the season.

Nicknamed ‘Baby AB’, Brevis entered the 2022 IPL on the back of a phenomenal Under-19 World Cup, where he had made 506 runs in six innings at an average of 84.33. Though Brevis played only seven games this season, he gave glimpses of his big-hitting skills, including smashing a mammoth 112-metre six against Punjab Kings.

Pant had a tough run as skipper in the 2022 edition but did not let that affect his personal form. Though he did not register a fifty this year – the first time he has ended an IPL campaign without a half-century – he played crucial cameos in pressure situations and ended with the best strike-rate among all ten captains.

Rinku has been one of the most electric fielders in the league, but this year he displayed that he could be equally effective with the bat as well. He only played seven games – but two in particular stand out. Against Rajasthan Royals, he scored a 23-ball 42* in his team’s run chase of 153, which helped them break their five-match losing streak. He ended the league phase with a 40 off 15 balls in a tough run-chase of 211 against Lucknow Super Giants, but his efforts went in vain as Kolkata Knight Riders lost by two runs.

No list is complete without the presence of Rashid. The Afghanistan spinner was characteristically economical his new franchise, conceding 7.5 runs or fewer per over in 13 games this season. He was at his best against Rajasthan Royals in both play-off matches: even though he did not pick up a wicket, he conceded only 15 runs in four overs in Qualifier 1. In the final, he ended with 1-18 to give his side the advantage. Rashid also hit nine sixes this season and played a part with the bat as well.

The second-leading wicket-taker in the competition. Hasaranga was especially lethal in the middle overs, picking up 19 scalps between overs seven to 15, conceding runs in this period at an economy rate of less than seven.

The left-armer ended the season with the best economy rate among all quicks in the 2022 IPL. He offered good lateral movement and even sent down a 151kmph delivery at one point. Mohsin is especially lethal with the new ball and is one of a few Indian quicks to watch out for.

The Sri Lanka spinner was accurate, and troubled batters with his accuracy and variations. Only Rashid Khan picked up more wickets at a lower economy rate than Theekshana, and he was one of the finds of the season for CSK.

He was quick, he was lethal, and he was unstoppable. Umran sent down a 157kmph thunderbolt this season, and his ability to bowl at express pace over after over helped him earn a maiden call-up to the India set-up. The Jammu and Kashmir youngster was expensive on occasions but improved as the season progressed under the tutelage of Dale Steyn.