Mark Ramprakash: Ollie Pope At No.3 For The New Zealand Tests ‘Defies Logic’ 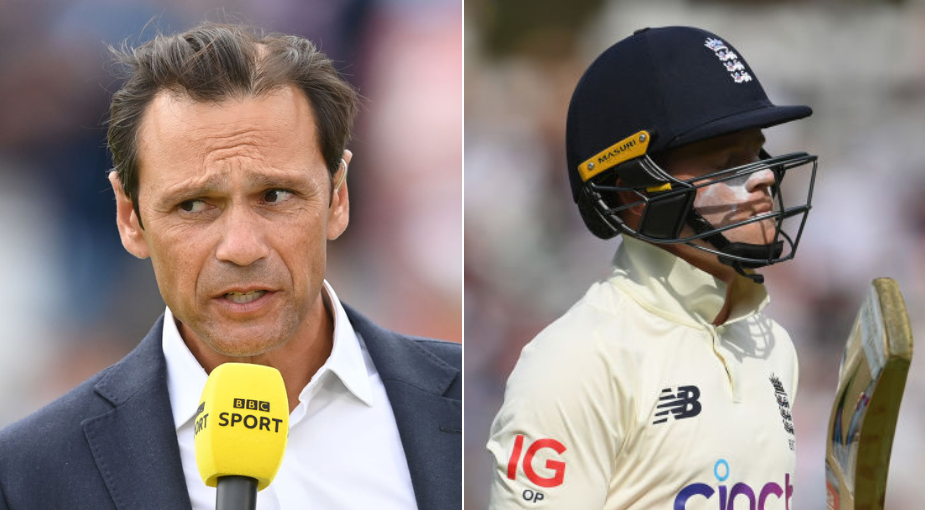 Mark Ramprakash, in his column for The Guardian, has expressed his displeasure at the batting lineup England have chosen for the opening Test against New Zealand, saying that the call to bat Ollie Pope at three “defies logic”.

England begin their new Stokes-McCullum era at Lord’s, looking to move past their recent dismal run that has seen them win just one out of their last 17 Tests. Their batting order has been a major subject of debate, with the composition of the middle order and the balance between youth and experience both coming into question.

Discussing the order that England have landed on, Ramprakash – who played 52 Tests for England between 1991 and 2002 – said that he was “disappointed” to see Root slotted in at four, saying that the decision to have Ollie Pope – who has never previously batted at three in first-class cricket – at one drop “defies logic.”

“I’m disappointed not to see Joe Root batting at three for the good of the team,” Ramprakash wrote. “When he was captain I was happy for him to bat at four, but his whole focus now is scoring runs and assisting his teammates. Jonny Bairstow has huge experience and if he is going to be in the team he must bat at four, with a younger player at five and Stokes at six.”

Root batted at three with some success on England’s recent tour of the Caribbean, scoring hundreds in both the Antigua and Barbados Tests. Three has long been a problem position for England; in the last five years, 14 different players have batted there, with only Root (two), Bairstow (one) and Crawley (one) registering hundreds from that position.

“Instead, Ollie Pope is to bat at three for the first time in his career. I am a huge fan of his, but this decision defies logic. You want players in positions where they are more likely to succeed, and though Pope has the game to be successful in recent times he has been a bit frenetic and anxious at the start of his innings and I don’t think his promotion will do anything to calm that down.”

Ramprakash also said that he would like to have seen the in-form Harry Brook find a place in the XI, echoing Mike Atherton’s thoughts from a few days ago. Stressing the need to nurture young batters with caution, he took the example of Delray Rawlins from his England U19 coaching days, saying that Sussex’s decision to slot him in at three played a part in hampering the youngster’s progress.

“As much as I like Pope, Yorkshire’s Harry Brook has looked a serious talent this season,” Ramprakash wrote. “In whatever format, and I would like to see him selected while he is on the crest of this wave. He has shown great pedigree and there could be no better time to let him loose and give him a run.”

“This year, Brook, like Kent’s Ben Compton who is five years older at 28, have shown in the red-ball format the ability to go in on different pitches, adapt and succeed. In 2017, I coached England Under-19s on a tour of India that included Brook and Pope, but the absolute star of that team was Delray Rawlins, a middle-order batter who scored a brilliant hundred in the first ODI and 140 in the Test.

“When he came back from that tour Sussex put him in at No 3, where he struggled. He was soon dropped and has yet to make good that early promise. That is a perfect example of a wrong decision concerning a young player’s development when you are trying to integrate them at a new level.”