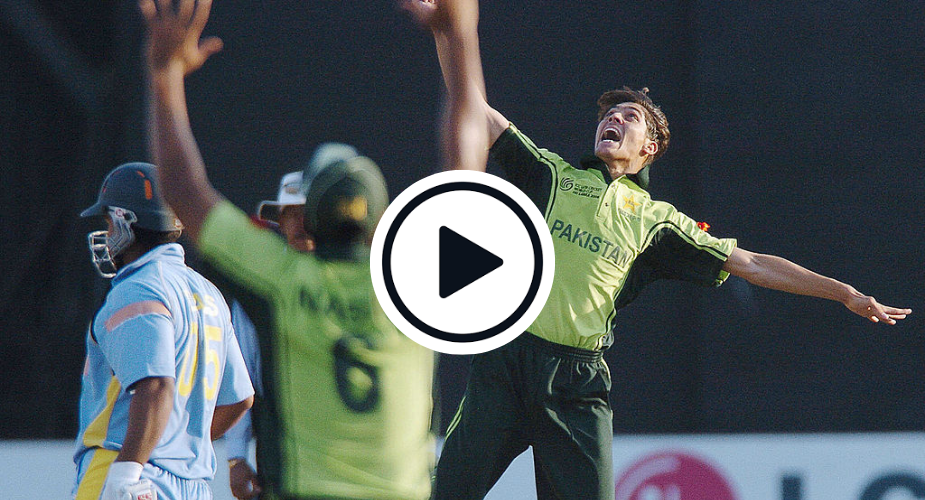 The 2006 Under-19 World Cup final was arguably the most memorable in the tournament’s history.

Led by Anwar Ali’s 5-35, Pakistan clinched their second successive Under-19 World Cup in 2006 after defeating India in a low-scoring final.

The India under-19 team, led by Ravikant Shukla, had a stellar start to the 2006 World Cup, remaining unbeaten as they progressed to the finals, where they took on Pakistan. The Sarfaraz Ahmed-led side – the defending champions – had convincingly beaten Australia by 163 runs in the semi-final but were unable to replicate that showing in the summit clash after they were bowled out for 109.

India’s spin twins Ravindra Jadeja and Piyush Chawla made full use of the slow track on offer at the R Premadasa Stadium in Sri Lanka, grabbing 7-24 wickets between them from 16.1 overs, with Chawla conceding at less than one run an over.

India walked out to the middle in pursuit of their second Under-19 crown firmly in the driver’s seat. However what followed was extraordinary as they slumped to 23-7 before being dismissed for 79.

Anwar Ali was the man in charge of India’s downfall, getting his medium-fast deliveries to trouble the Indian batters right from the first over. Though Jamshed Ahmed had dismissed opener Gaurav Dhiman upfront, Anwar was the main wrecker-in-chief, starting off brilliantly with three wickets in the second over of the innings.

Off just his first ball, he dismissed Cheteshwar Pujara, the tournament’s highest run-scorer, with a perfect in-swinger, getting a hint of movement, to trap the batter lbw in front of off-stump. Two deliveries later, Rohit Sharma saw his off-stump dismantled with a ball that swung massively, to leave India reeling at 8-3. Anwar was not yet done in that over: with the penultimate ball, he had Mayank Tehlan’s wicket with another swinging delivery that snuck past the batter’s bat-pad gap to rattle the stumps.

Anwar returned to pick up another wicket in his next over, dismissing Debabrata Das with a caught-and-bowled, as India sunk to 9-6. The on-air commentator cheekily claimed it was a “decent start” by the bowler. “Anwar has 4-5 in seven balls, it’s a decent start if you’re a bowler.”

Anwar’s best delivery was reserved for the last, which got him Ravindra Jadeja’s wicket. He bounced out the left-hander with a chest-high bouncer, with the fielder at slip latching on to a sitter.

India went on to lose the final by 38 runs, as Pakistan clinched the Under-19 World Cup for the second time. They are yet to win the tournament since then.

Anwar, however, was unable to translate his success for Pakistan Under-19s to the senior set-up, playing only 22 ODIs and 16 T20Is for his country. He averaged 52.44 with the ball in 50-over cricket, with his average in the shortest format reading 36.70. He last played an international game in 2016 but continues to ply his trade on the domestic circuit, having recently played in the 2022 Pakistan Super League, where he represented Multan Sultans.

Mark Ramprakash: Ollie Pope At No.3 For The New Zealand Tests 'Defies Logic'