India’s all-format captain Rohit Sharma and his wife Ritika Sharma are one of the most loved couples in the country. From professionals working together to now soulmates, their beautiful love story makes us believe in love too!

Rohit Sharma and Ritika Sajdeh first met as professionals. Ritika was a sports manager, who handled cricketers and Rohit Sharma was also a part of her list. They became friends and slowly, their friendship grew and turned into love. Rohit and Ritika took their relationship forward by tying the knot. 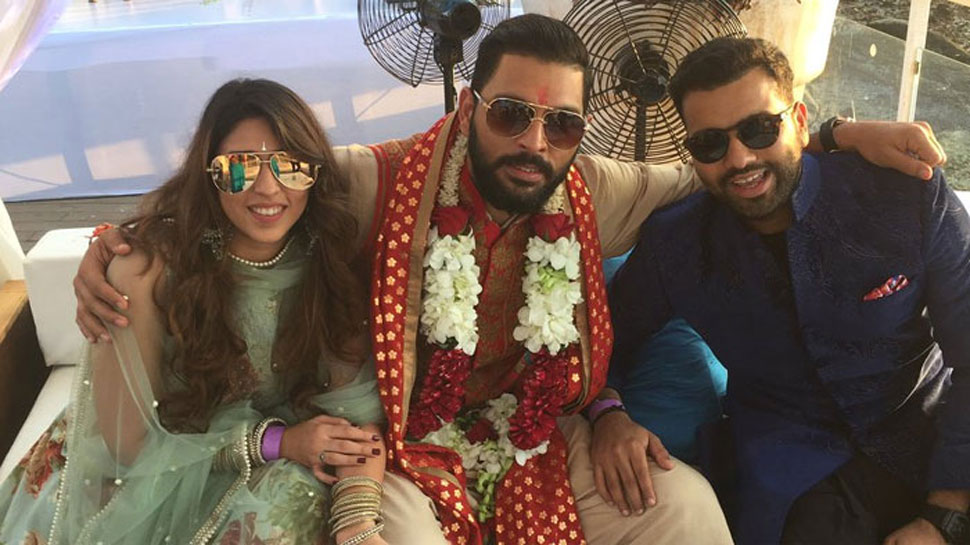 Ritika has been there as constant support for Rohit and is often spotted cheering for her husband in the stands. Today, they are one of the most adorable couples in the cricket world and are proud parents of a beautiful daughter named Samaira Sharma. However, there was a time when Yuvraj Singh had warned Rohit about Ritika.

Yes, speaking to Gaurav Kapur on Breakfast with Champions in 2017, Rohit had revealed the warning that he received from the talismanic opener. He revealed:

“I was at one of the shoots where Yuvraj and Irfan were also there with me. As soon as I reached, I went to meet Yuvi as he is a senior player and Ritika, who was managing the shoot was there as well.”

He added: “Now, as I said hi to Yuvi Paji, he said, while pointing to Ritika, that Ye meri behan hai aur iski taraf dekhna bhi mat (She is my sister and don’t even try looking at her).”

“I then looked at Ritika with anger throughout the shoot, thinking who is she and all. After the shoot, about which I was not confident but everything went well, the director came to me and said we couldn’t record anything you said as the mic was off. I was like seriously and went down to take a walk. It is when Ritika came and said nicely to me that if you require any help please let me know.”

Talking about his professional front, Rohit Sharma failed to take his side Mumbai Indians to the playoffs stage in the 2022 edition of the Indian Premier League. He will be next seen in action in the upcoming 5th Test match between India and England.

He along with other star players has been rested for the upcoming 5-match T20I series against South Africa, kickstarting June 9th. In his absence, KL Rahul will be seen leading the Indian cricket team, with keeper-batter Rishabh Pant playing the role of his deputy.