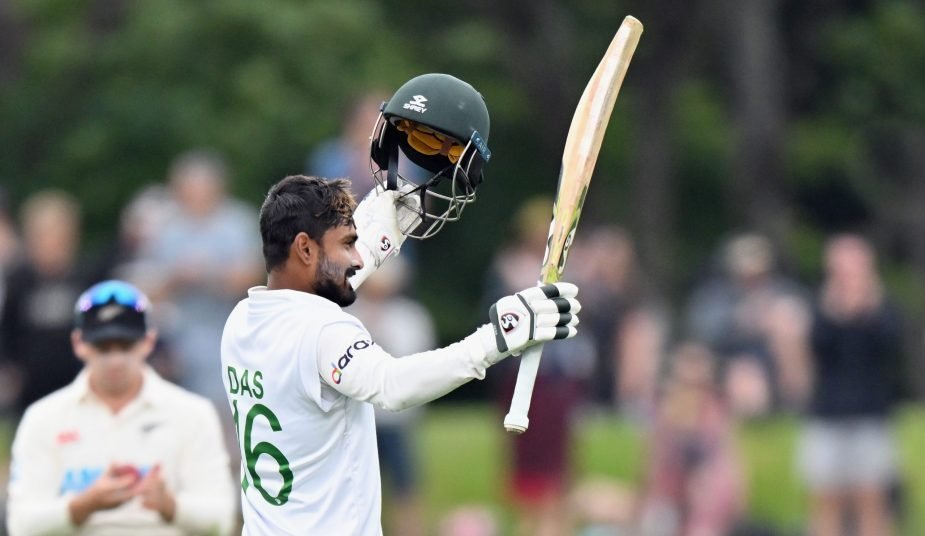 Despite Bangladesh suffering a 1-0 defeat in their recent Test series against Sri Lanka, Litton Das emerged with his reputation enhanced.

With three successive 50-plus scores – including a remarkable 141 after coming in at 24-5 in the second Test – Das was his side’s best batter, something which has been true a lot in recent times. Quietly, he has become one of world cricket’s most improved players. And now the stats and the record books are starting to reflect that fact.

Following the Sri Lanka series, Das reached a career-best tally in the ICC Test batting rankings, sitting 12th in the current world rankings with 724 points. This is, in fact, the highest tally ever achieved by a Bangladesh batter in Test cricket. Though the nation is Test cricket’s third youngest, after Ireland and Afghanistan, they have still been able to boast several impressive batters in their short history, including Tamim Iqbal, Mushfiqur Rahim and Shakib Al Hasan. But Dass tops them all.

Das’ recent improvement is marked. Whilst his overall Test record is strong, with an average of 36.56 after 33 matches, his numbers become all the more impressive when you split his career in two halves.

After his first 17 Tests, Das averaged just 24.00 having scored zero hundreds and just four fifties. But in the 16 matches that have followed, Das has averaged 51.64 and scored three hundreds as well as nine fifties.

It has been a remarkable turn of form for the 27-year-old who over the past two-and-a-half years has been one of the leading batters in international cricket.

Such has the strength of his form been, that in the 2021-23 cycle of the World Test Championship he is the second leading scorer with 782 runs and behind only Joe Root who has played five more matches.

Das has been Bangladesh’s wicketkeeper in 26 of his 33 matches, from which games he has an average of 40.14 with two centuries and 12 fifties, a record that is remarkably similar to India’s Rishabh Pant, who averages 40.85 from his 30 games.

Das’ record at home is stronger than his record away (avg 43.42 v 30.41) but that too has improved in recent times as he scored an impressive century away to World Test Championship winners New Zealand this year against an attack that featured Tim Southee, Trent Boult, Kyle Jamieson and Neil Wagner.

Das’ Test record is strong across the board. He averages at least 35 against four of the six teams he has played at least twice, including averaging 41.33 against India, and 47.66 against Pakistan.

His improvements have not only been in the red-ball game either. Since the start of 2020 he has averaged 47.52 in ODIs, scoring all four of his fifty over centuries. Up until that point he had averaged 24.77 in the format.

Bangladesh are one of world cricket’s improving sides, with automatic qualification for the 2023 Cricket World Cup almost secured, and last winter witnessing a historic drawn Test series in New Zealand. With Das coming through strong, there is hope that there might be more growth to come yet.