Kusal Mendis Out Hit Wicket After Being Struck By Short Ball 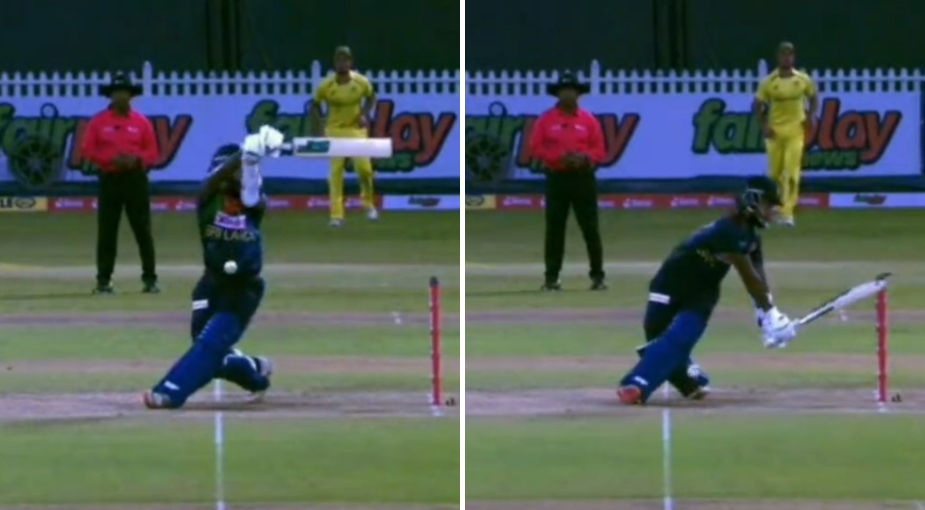 Kusal Mendis was dismissed in dramatic fashion in Sri Lanka’s second T20I against Australia as he hit his own wicket after being struck by a Jhye Richardson short ball.

Mendis was on 36 off 36 deliveries when the incident occurred with his side 90-3 after 14 overs.

Richardson, playing his 17th T20i, bowled a short ball to Mendis that struck the batter on the grille as he attempted to pull the ball to the boundary.

The impact rocked Mendis, who averages 20.45 from the 34 T20I’s he has played in, making the momentum of his pull shot swung him off his feet and saw his bat fall onto the stumps.

It is the 20th occasion that a player has been out hit wicket in men’s T20I cricket with Mendis becoming the second Sri Lankan to be dismissed in such fashion after Dinesh Chandimal was out hit wicket, also against Australia, in 2011.

In a bizarre coincidence, despite a batter only ever getting out hit wicket on 19 previous occasions to today, two of the other players to do so were also featuring in today’s match in Ashton Agar and Aaron Finch. Agar was out hit wicket last year against Bangladesh whilst Aaron Finch was out hit wicket during his record-breaking innings of 172 against Zimbabwe in 2018 – the highest ever individual score in a T20 international.

The wicket of Mendis was Richardson’s second wicket of three on the day, where the Australian quick would claim his career best T20I figures of 3-26 as Sri Lanka finished their 20 overs on 124-9.

The match is the second of the three-match series between the two countries, with Australia winning the first match by 10 wickets after both Finch and Warner scored unbeaten half-centuries in pursuit of Sri Lanka’s total of 128.

Jake Lintott: 'The Jamie Vardy Of Cricket' Who's Turning Heads Around The Globe