The Making Of Sarfaraz Khan 2.0, The Irrepressible Mumbai Run Machine 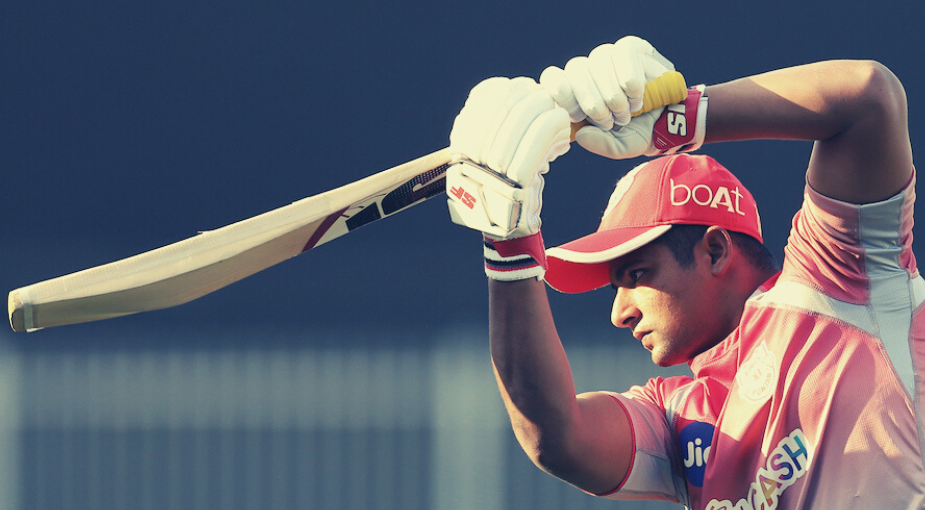 Delving deep into the journey of the revamped Sarfaraz Khan, the leading run-getter in the ongoing Ranji Trophy, Aadya Sharma speaks to Naushad Khan, Sarfaraz’s father & coach, tracing his remarkable rebirth after a period of disappointing lows.

A day before Mumbai’s Ranji Trophy quarter-final against Karnataka in Bengaluru, Sarfaraz Khan called up his father Naushad at home, admitting that he hadn’t been batting well in the nets. Naushad, also his coach, asked him to send a video of his batting and soon found out what the problem was.

Sarfaraz has an artificial turf built at home, which is shorter than usual at 18 yards. It’s watered regularly and is used to face the sidearm. It’s built to get Sarfaraz accustomed to facing steep pace and swing.

“What I observed [from the video] was that he [Sarfaraz] was making his initial trigger movement a little earlier than ideal in the nets,” Naushad tells Wisden India. “His head was falling. It’s because he had been training against fast, swinging deliveries on the synthetic pitch, where he has to get the trigger movement out a lot earlier as there’s no time. At 18 yards, a bowler is not bowling at him.

“Against [fast-bowling teammates] Tushar Deshpande and Dhawal Kulkarni, he was ready with the trigger movement much earlier than ideal. It’s all about timing. I told him ‘When the bowler jumps, then you take the trigger movement, the timing will become perfect then.’ He later told me: ‘I checked the video, you’re right, Abbu.‘”

The following day, Sarfaraz, 24, reeled off a hundred from No.5, his third century in his last five first-class innings. He currently averages 80.42 in first-class cricket – among those with at least 2,000 runs, only Don Bradman averages more. It was some time coming, but Sarfaraz’s true potential has finally been unlocked.

The chase has been on for at least 13 years, from the time a 12-year-old schoolboy cracked 439 runs in an inter-school competition in 2009, breaking Sachin Tendulkar’s long-standing Harris Shield record. Since then, it’s been a riveting journey: starring in two U19 World Cups, getting fast-tracked into top-level domestic cricket, showing shades of white-ball brilliance in the IPL, losing his way, and then getting back on track. Naushad has been by his side all along. It’s a shared dream that father and son have harboured for years. “All credit goes to my father,” Sarfaraz told reporters after the second day’s play in Bangalore.

Leading up to the game, Sarfaraz barely had two weeks to get into red-ball mode, squeezing time out between Delhi Capitals’ exit from the IPL on May 21, and Mumbai’s departure to Bengaluru on June 3. At this time of the year, the Maidan pitch would have been brown, but Naushad had the ground arranged weeks in advance, watering it for two days, letting the grass grow to mimic the bounce and carry of a green top in Alur, the venue for the quarter-final.

The daily schedule was choc-a-bloc. Sarfaraz would be woken up at 5am, cutting early-morning traffic to reach Cross Maidan at 6am. After a two-hour practice, he would head to Bandra Kurla Complex for Mumbai’s Ranji nets, practicing until noon. After eking out a two-three hour break thereafter, he would resume practice on the artificial turf at home, from 4pm until sunset. Even at dinner, cricket is all that is spoken of, dissecting batting videos from the morning. “I don’t give them a lot of time off the field to go around,” Naushad bluntly admits. “You need to sleep early, wake up early, be on the ground.”

There’s no downtime. During the off-season, Naushad would drive Sarfaraz and his 17-year-old brother Musheer [also in the Mumbai Ranji Trophy squad] from Mumbai to Agra on an 18-hour, 1200-kilometer four-wheeler journey beginning at 4 am. From there on, Sarfaraz would tour different cities across three states – Uttar Pradesh, Delhi, and Rajasthan, playing in different academies along the way.

The obsession to do well grew in him after a difficult phase a few years ago, when it looked like the precocious talent might be squandered. A maiden first-class century at 17 was followed by a string of half-baked scores, and an average of 23.75 after his first Ranji season. In 2015, Sarfaraz and Naushad opted to take the bold step of switching teams from Mumbai to Uttar Pradesh, leaving a settled base behind for a fresh start.

“When we went to Uttar Pradesh, Sarfaraz was in a comfort zone,” Naushad recalls. “Even in U19 cricket, he used to get out after a sixty or seventy.”

A sub-par 2016/17 season, in which he averaged 29.50, was followed by an eight-month-long injury layoff due to a torn ACL, leaving Sarfaraz with the biggest challenge of his career thus far. The early effervescence had fizzled away.

Itching to rediscover himself, Sarfaraz returned to Mumbai in 2018, willing to give it his all again, even if it meant undergoing a one-year-long cooling-off period. Given the competition to get in, the challenge was immense.

“Playing for Mumbai is like playing for India,” Naushad says. “It’s extremely difficult to break into the Mumbai team. In Mumbai, making runs means making big hundreds. Fifties and sixties won’t do anything”.

“When we came back from Uttar Pradesh, he realised how difficult it is to play cricket, the extent of difficulty others go through. You travel so much to play in Uttar Pradesh, go through the ups and downs and difficulties, and stubbornness is born.”

A second chance was provided in 2019, and Sarfaraz hasn’t looked back since. Back in the Mumbai kit for the 2019/20 Ranji Trophy season, he averaged 154.66 from six games. The run-churning has only continued since.

“He used to play loose shots and throw his wicket away, play careless strokes more,” Naushad says. “Now, he takes much more responsibility. He’s become determined to score more than just the forties and fifties.”

From a mental standpoint, Sarfaraz has worked on breaking down the day into smaller phases, first by a bowler’s spell, and then by session. Naushad recounts a typical snippet of advice to his son: “There’s no shortage of time, be it overs or days. What is the need to throw away your wicket? If you play everyone’s spell, you’ll get to know the wicket, get an idea of the bowlers. When the ball becomes older and everyone’s tired, there will be a session in the afternoon where run-scoring will become a lot easier.”

There’s no dearth of eye-catching strokes though: the essence of Sarfaraz’s batting style is the need to constantly push the scoring rate. In Bangalore, the conventional strokes were all on display, but it was an uppercut that took him to three figures and a reverse-sweep that brought up his 150. It’s all a reflection of the kind of practice he goes through.

During a usual day-long match simulation at home, he spends time till lunch playing in a white jersey against the red ball. Close-in fielders are stationed, and batting long is the goal. From lunch until tea, he practices for one-dayers, playing a combination of “classic” and “tricky” shots, as Naushad terms them, bringing some innovation into his gameplay. In 25 overs faced, he aims to make 180 runs, 60 out of which should be in singles and doubles.

The post-tea session is reserved for T20 practice, where the bowler sets a powerplay field and keeps a target in advance. Sarfaraz is video-graphed. An odd no-ball is slipped in to optimise free-hits. The whole exercise involves 12-15 bowlers, two-three wicketkeepers, and eight-10 new balls in a day.

“We are happy, but never satisfied,” Naushad says. “We keep updating, upgrading, and refreshing his game.”

Among some of Sarfaraz’s biggest challenges has been changing the perception around his fitness. He once admitted that Virat Kohli dropped him from Royal Challengers Bangalore in 2016 because of fitness, but post the ACL injury in 2017, he has consciously worked on getting fitter and eating better. For Naushad, Sarfaraz’s fielding standards and running between the wickets are metrics enough to prove that he’s fit enough to succeed.

“Do you want him to look fit? Or have match fitness, have endurance?” counters Naushad, when asked about Sarfaraz’s fitness record. “If fitness was such a big issue, how come he’s surviving the IPL? They’ve got all sorts of criteria for fitness including Yo-Yo Tests, fielding standards are tested. In Ranji, the kid scores 200-300, bats for two days, and then fields when you’re chasing 600.”

Sarfaraz has been in and around the spotlight since 2009, right from the time sports columns carried pictures of a 12-year-old with an SG bat in hand and a blue school cap on. For the last 13 years, both son and father have dedicated their life towards the sport, leaving everything else aside with an obsessive, single-minded focus on Sarfaraz’s cricketing career.

“We’ve sacrificed a lot,” Naushad says. “We distanced ourselves from social life, we aren’t able to attend relatives’ functions or weddings. We only go if someone’s ill, someone’s going through difficulty, or someone’s passed away. We sleep at 9pm and wake up at 5am, sometimes at 4am. The traveling is a lot during the off-season”.

Purple patches don’t come any better, and it’s no surprise that Sarfaraz’s name is being linked to an India call-up. It’s the closest he’s come to one so far. For his father, he’s ready for the next level.

“If he’s scoring runs with such consistency, I think this is the right time,” Naushad says. “It’s not in our hands, we will keep doing the hard work. The selectors will do what’s in their control.”

“He is definitely ready though. When you’re playing elite group in Ranji, and scoring runs against those who’ve played international cricket – against Jaydev Unadkat [Gujarat], he scored 275. Against UP, he hit 301 – they’re more or less international bowlers. There’s no difference as such. Against South Africa A, he scored 70 [71] not out.

“He is ready for all three formats. He’s got the classic strokes, the tricky shots, plays the scoop, upper-cut, and can slog too. He is ready for all three – but since his current form is in days cricket, then at least in that format he has fulfilled the requirements with his performance. If he gets a chance in this format, then we can see how the future pans out.”

It’s always fascinating to see a confident, energetic run-scorer break convention and pile on big runs. For the most part of the last decade, Sarfaraz entertained with the cheekiness of his strokeplay but slipped out of the radar when it mattered. There’s a purpose to his chutzpah now. He’s trained mechanically for years, but his batting still carries the soul of a free spirit. Clubbed together with consistency, it could turn him into an unstoppable machine.