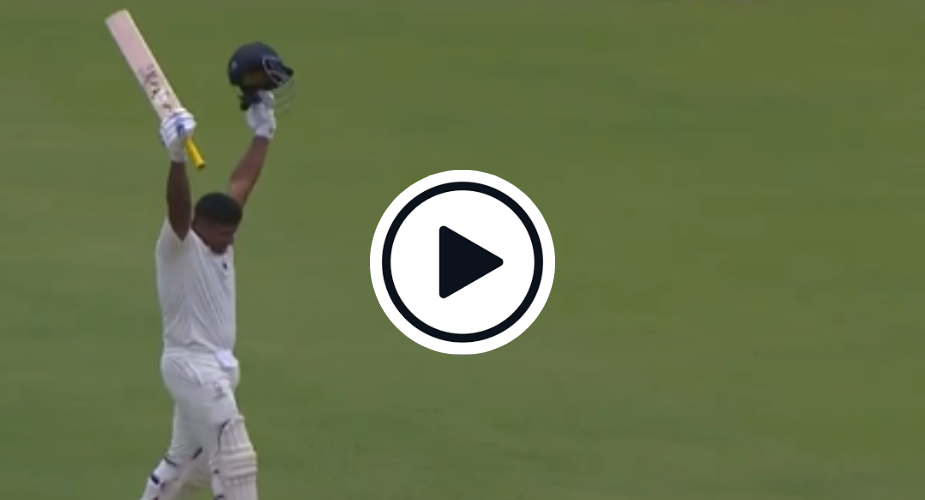 Watch: Sarfaraz Khan continued his stellar run in the Ranji Trophy, scoring his seventh hundred in first-class cricket, and his sixth in eight matches.

Playing for Mumbai, Sarfaraz has been in excellent form in recent times in first-class cricket. The Mumbai batter finished with 928 runs in six matches in the 2019/20 tournament which included a career-best 301* and another knock of 226*. Though the 2020/21 season was cancelled due to Covid-19, Sarfaraz did not let the break affect his fine run and he carried on right from where he had left off in 2022.

The 24-year-old, who switched teams from Mumbai to play for Uttar Pradesh before returning to his home team in 2019/20, notched up 275, 63, 48 and 165 this year before the tournament was halted for the Indian Premier League, where Sarfaraz represented the Delhi Capitals. The youngster was unable to leave a mark in the competition, scoring 12*, 1, 32 and 10 in the four innings he batted in.

However, his showings in the IPL did not hamper his first-class run as he returned to red-ball cricket with full gusto, and smashed another 150-plus score in Mumbai’s quarter-final against Uttarakhand, hitting 153 from 205 balls. Walking in to bat at 176-3 in the first innings, Sarfaraz anchored the innings to perfection along with Suved Parkar, who made 252 on debut. While Parkar was the more cautious of the two batters, Sarfaraz adopted an aggressive approach, batting with a strike rate of nearing 75, with the help of 14 fours and four sixes.

He reached his fifty in 73 balls and got to his hundred with an upper cut that went for a six, taking 140 balls to reach three figures. His 150 was brought up with a fine reverse sweep before his innings ended when he was clean bowled by Mayank Mishra three runs later.

His innings helped Mumbai score 647-8 declared, following which Uttarakhand were bowled out for 114.

It is the first time in the history of first-class cricket that a batter’s first seven hundreds have all been 150-plus scores. Sarfaraz currently averages 80.43, having made 2,252 runs in 33 innings in first-class.