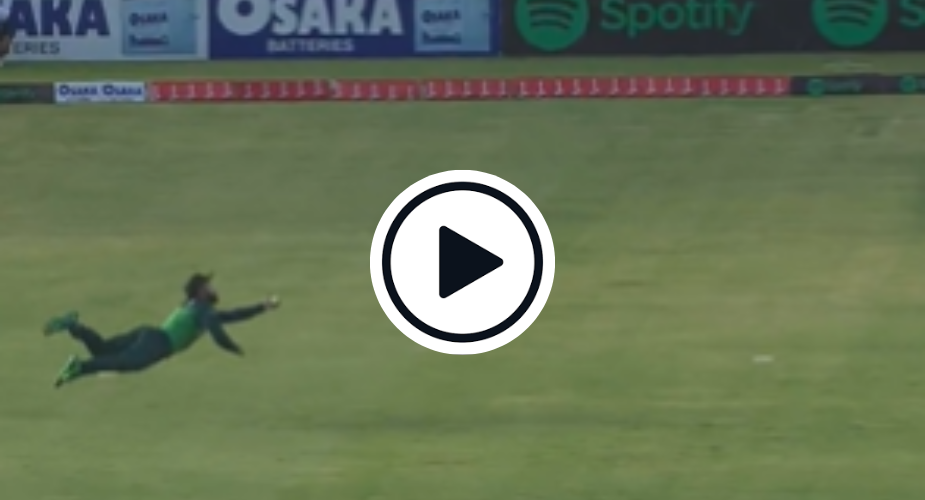 Watch: Shadab Khan plucked out a one-handed stunner at short third man during the first ODI between Pakistan and West Indies.

Right-handed Shadab dived full stretch to grab a sensational catch to dismiss the in-form Shamarh Brooks for 70. Brooks attempted a slog sweep against Mohammad Nawaz, with the ball looping into the air towards third man.

The ball initially looked to be landing safely but Shadab had other plans as he ran left towards the ball before reaching out with an outstretched left hand to complete a stunning catch. The on-air commentators were left amazed as well, with Ian Bishop stating: “That is outstanding!”

The leg-spinner is making a return to the ODI set-up after he missed the series against Australia due to an injury.

Nine Fifties In One Innings