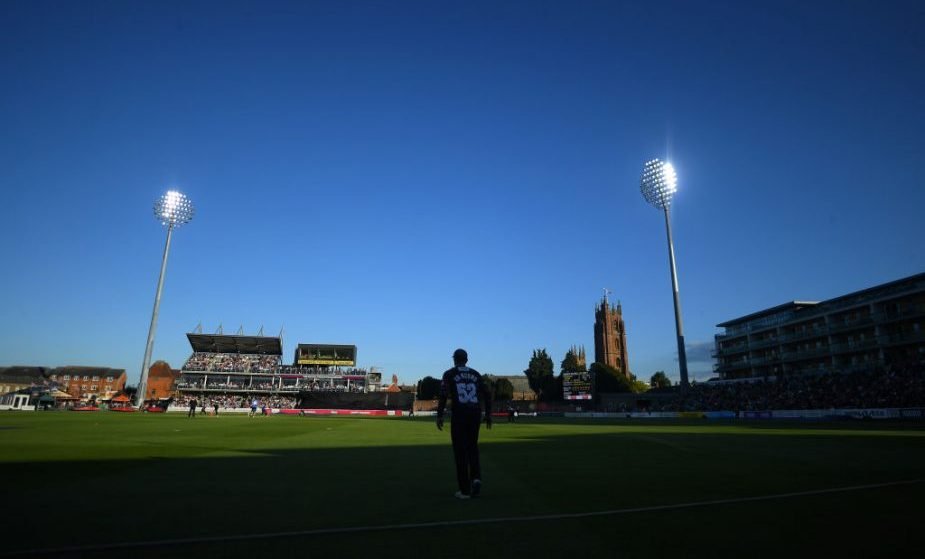 In a video interview posted by the county addressing crowd behaviour at T20 fixtures, Hollins explained that the Taunton-based side have had “over 15 ejections from the ground” this year.

“That is the highest number we’ve had at this stage in the season so far, which is disappointing,” Hollins said. “We will be taking a very firm line on behaviour that becomes anti-social or discriminatory.

“I think it’s worth noting that sporting venues around the country post-Covid are reporting some significant decline in crowd behaviour of spectators for whatever reason. We saw that in football, we’ve seen it in horse racing, we’ve seen it at Lord’s, we’ve seen it everywhere, and we’re not immune from that here. And that concerns me. We need to be a welcoming venue, welcoming environment for everyone to come into this ground, regardless of what age they are, what gender they are, what background they are from. This needs to be a venue that really welcomes people and, in particular, families.

“The vast majority of feedback we get is that people have come here and they’ve loved being back and they’ve really had a good night, and they’ve enjoyed themselves.

“But there is that small minority of people who either arrive at the gates having had too much alcohol – we don’t let them in, just to be clear – and then there are some that get gradually less civilised as the night goes on and we’re stamping that out.”

Somerset have played five Blast matches so far this season, hosting three of them at Taunton. Hollins, previously managing director of county cricket at the ECB, added that the club is introducing a texting service for spectators to report issues in the crowd.

“Much of this is created by excess alcohol,” Hollins said. “That’s the reality, that people who have excess amount of alcohol tend to behave in a way that isn’t sociable and it’s that that we’ll be keeping a really close eye on, too. If people come to the bar and they’re clearly not fit to have another drink then we’ll not serve them. So we’re really trying hard to make sure that everyone comes here and has an enjoyable night.”

Quiz! Men's ODI Players With The Highest Strike Rates At No.3