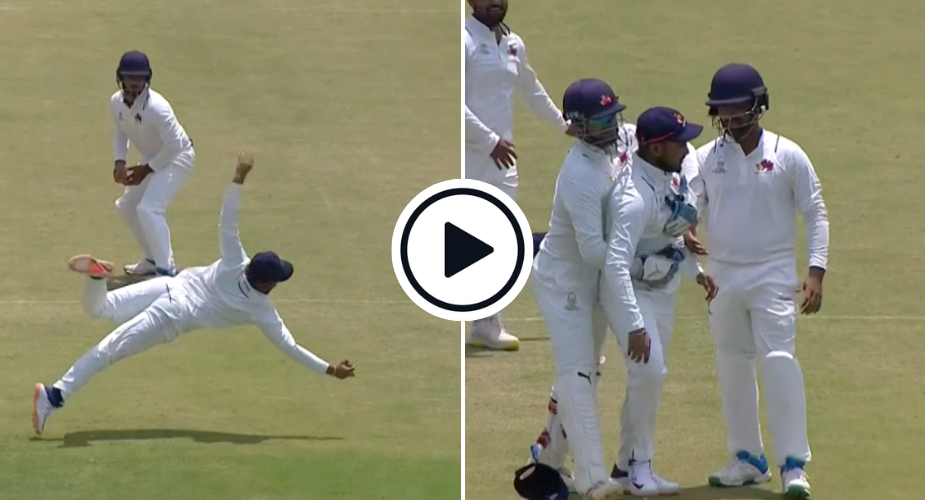 Watch: Prithvi Shaw pulled off a spectacular catch at first slip on day three of Mumbai’s Ranji Trophy quarter-final against Uttarakhand in Bengaluru.

Shaw, Mumbai’s skipper for the 2021/22 season, was stationed at slip when Uttarakhand’s No.7 Dikshanshu Negi tried to work left-arm spinner Shams Mulani to the leg side in the 37th over of the second innings of the match. The ball, however, caught the outside half of his bat and flew towards the gap between silly point and first slip. Shaw was quick to react, showing impressive reflexes and athleticism to reach out for the ball. He dived full length to his right to complete the grab, helping Mulani bag his third wicket of the innings.

Mulani went on to claim a five-wicket haul as Uttarakhand were bundled out for 114 in response to Mumbai’s first-innings total of 647. Mumbai didn’t follow on, instead setting Uttarakhand a total of 795 runs in the fourth innings. Mulani was among the wickets again, helped along by Tanush Kotian and Dhawal Kulkarni, with all three taking three wickets apiece to dismiss Uttarakhand for 69 all out. Mumbai’s 725-run win was the biggest victory in terms of runs in first-class cricket.

Quiz! Name The Batters With The Most Test Runs For England