IND vs SA: Here’s Why Rassie van der Dussen Was Given Not Out After Controversial LBW

The DRS was once again the spotlight during the India-South Africa T20I on Thursday, in Delhi, as the fans were left befuddled when a Harshal Patel delivery to Rassie van der Dussen was shown on Hawkeye, after India had taken the review to the on-field umpire’s not-out decision, to be hitting the stumps – but still, the on-field call was upheld and the batter was deemed to be not out.

On the fourth ball of the 19th over of South Africa’s innings, Harshal Patel trapped van der Dussen on his pads. It was a terrific dipping slower ball from Harshal, Rassie walked across down the pitch and looked to hit it on the leg side, however, was deceived by the dipping delivery completely that hit him on his front foot and, to the naked eye, looked plumb in front of the stumps. 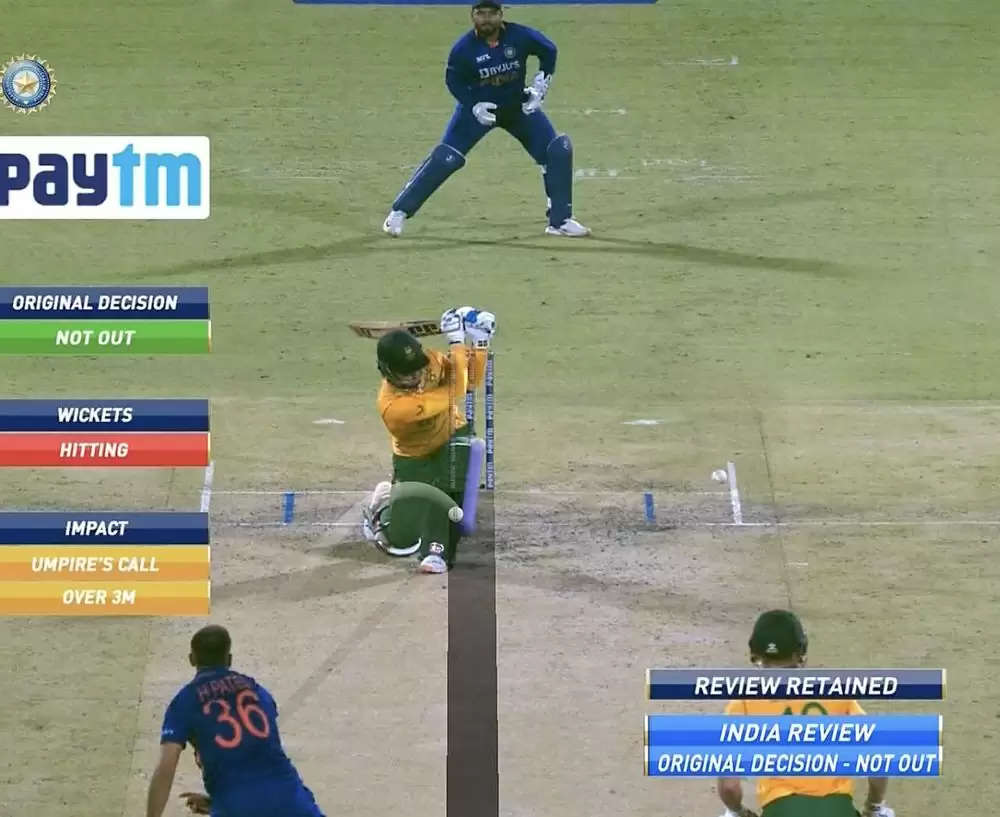 Here’s why Rassie van der Dussen was given not out

On India’s appeal of LBW, the on-field umpire gave the batter not out. Confidently, the hosts opted for the review to have the third umpire check it. And yes, to India’s and everyone’s thinking, the Hawkeye and its ball-tracking technology showed that the ball was hitting the base of the stumps.

However, on impact, it was the ‘umpire’s call’, despite the batsman being in line with the stumps.

This is because van der Dussen was over 3 metres down the track. Unfortunately for India, the umpire had given the batsman not out and hence, since it was ‘umpire’s call’ for impact – for being over 3 metres down the pitch as the technology isn’t certain for this big gap between pad and stumps – the on-field decision was upheld and Rassie continued to bat.

Meanwhile, the conclusion was foregone till that point as a stunning partnership between David Miller and van der Dussen of 131* runs in 64 balls helped them eclipse the huge target of 212 with 5 balls to spare.