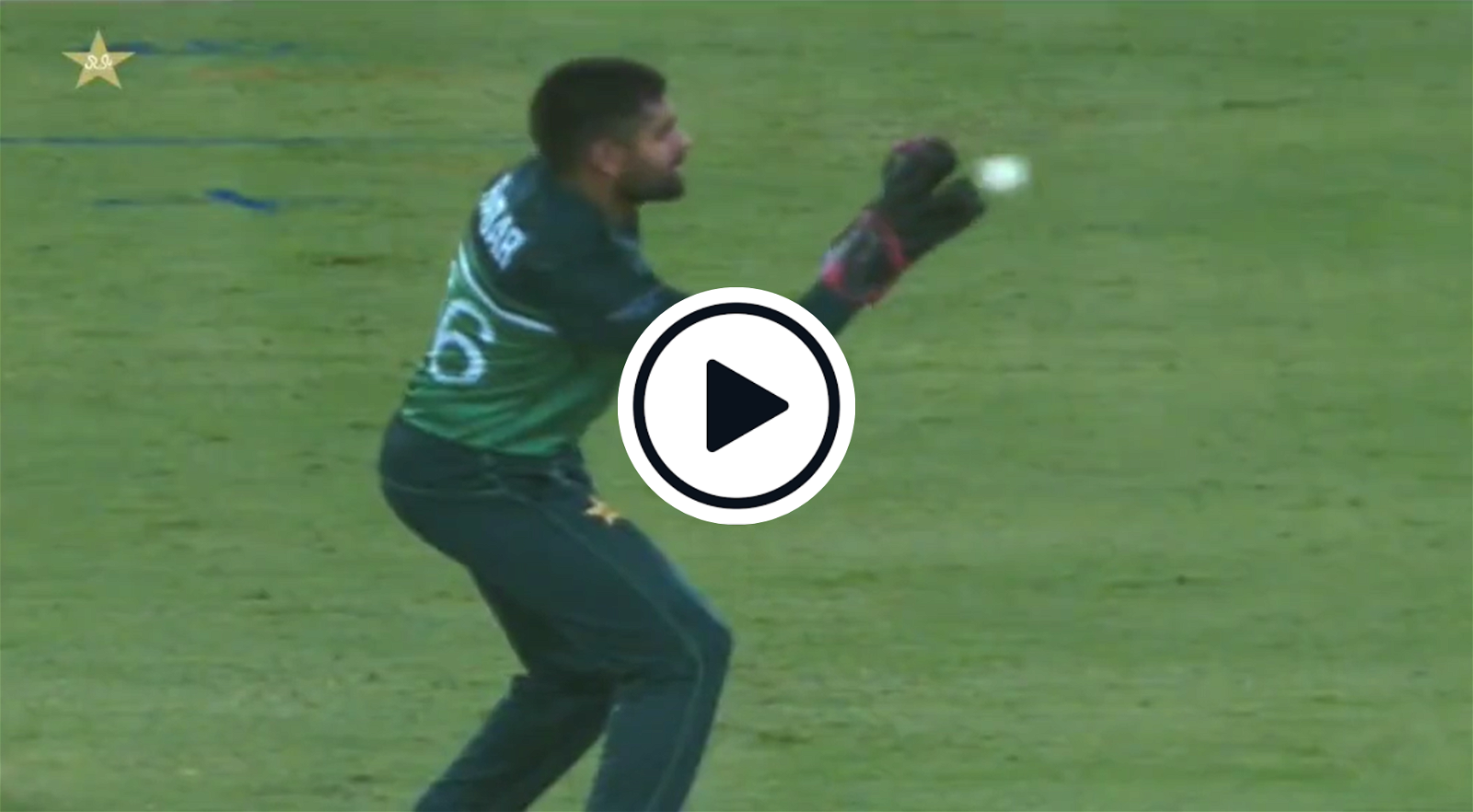 Watch: There was a bizarre moment during the second Pakistan-West Indies ODI, with Babar Azam donning a wicketkeeping glove to field a ball, costing his side five penalty runs in the process.

The incident occurred at the start of the 28th over, bowled by Mohammad Nawaz. Alzarri Joseph defended the first ball of the over into the on-side, with Babar catching a throw from a fielder with a single gloved hand.

According to Law 28 of the MCC’s Laws of Cricket, “No fielder other than the wicket-keeper shall be permitted to wear gloves or external leg guards.” Additionally, the Law states that if a fielder illegally fields the ball, five runs shall be awarded to the batting side.

Babar could be seen shaking his head and smiling ruefully after copping the penalty runs, but the day was otherwise a successful one for him and his side. He made 77, extending a run of fifty-plus scores in international cricket to nine in a row, a record, while Pakistan secured victory by 120 runs, giving them an unassailable 2-0 lead with one game to play.

Babar has never kept in a full international before, but has been spotted practicing his glovework in the past. He is also the cousin of Kamran, Umar and Adnan Akmal, all of whom have kept wicket for Pakistan at some point.

Watch Babar catch the ball in his wicketkeeping glove below: