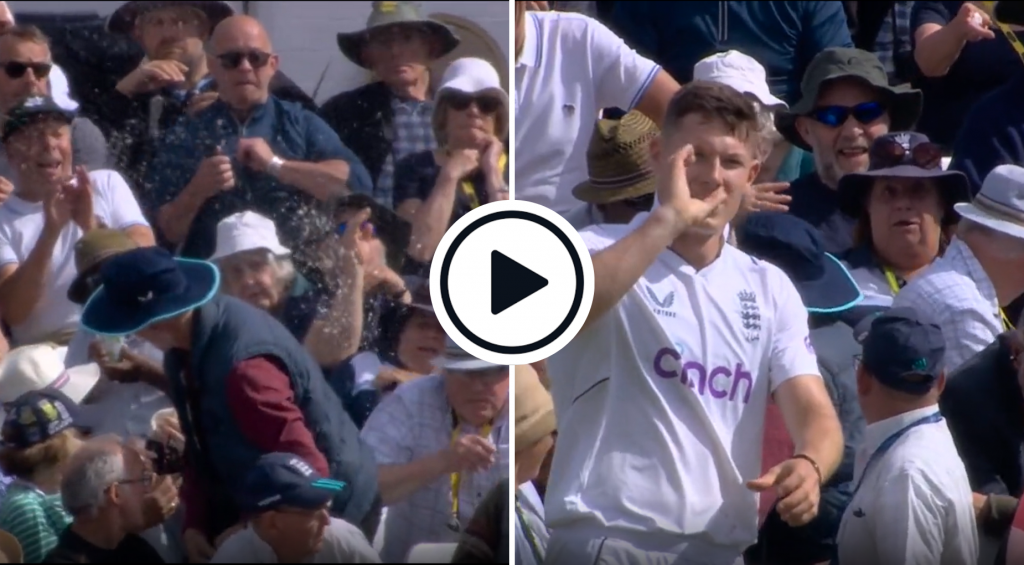 Watch: There was an amusing moment during the first day of the second England-New Zealand Test, with a Daryl Mitchell six sending a spectator’s drink flying.

The blow came in the 56th over of the Black Caps’ innings, with Mitchell in the midst of building a game-changing stand with Tom Blundell. He skipped down the pitch to Jack Leach and lofted the left-arm spinner back down the ground.

Slow-motion replays revealed that the strike had caught a fan unawares, landing directly in their drink, with liquid thrown everywhere. England quick Matthew Potts, looking to retrieve the ball, signalled that it had landed in the drink.

The incident, while unusual, is not unprecedented. During a Test between England and New Zealand at Lord’s in 2004 the ball landed in a fan’s pint glass, with Andrew Flintoff comically licking the ball after it was returned to the field.

According to the Barmy Army, the spectator’s pint was replaced by the New Zealand team.

Susan – the lady earlier who Daryl Mitchell’s pint hit – has been given a replacement by the Kiwi team #ENGvNZ pic.twitter.com/53ig2R5cML

Watch the six send a pint flying below: