Pak vs WI: Here’s Why Pakistan Was Give A Five-Run Penalty In 2nd ODI

Pak vs WI: Pakistan captain Babar Azam has been making a lot of news these days. He has been in some terrific form and is breaking records in almost every appearance of late. However, this time he has been trending for a controversial reason.

Here’s Why Pakistan Was Give A Five-Run Penalty

Well, Azam registered his 9th consecutive fifty-plus score in all formats as his side took an unassailable 2-0 lead in the ongoing three-match ODI series against the West Indies in Multan. After having smashed a stunning century in the 1st match, Babar scored 77 off 93 balls with the help of five boundaries and a stunning six in the second match. However, he also cost his side five runs because of his illegal fielding action.

Yes, you read that right. In a bizarre turn of events during the West Indies innings, in the 29th over, Babar Azam was spotted to have picked up one of the keeping gloves and he also used it to pick up the ball behind the stumps. 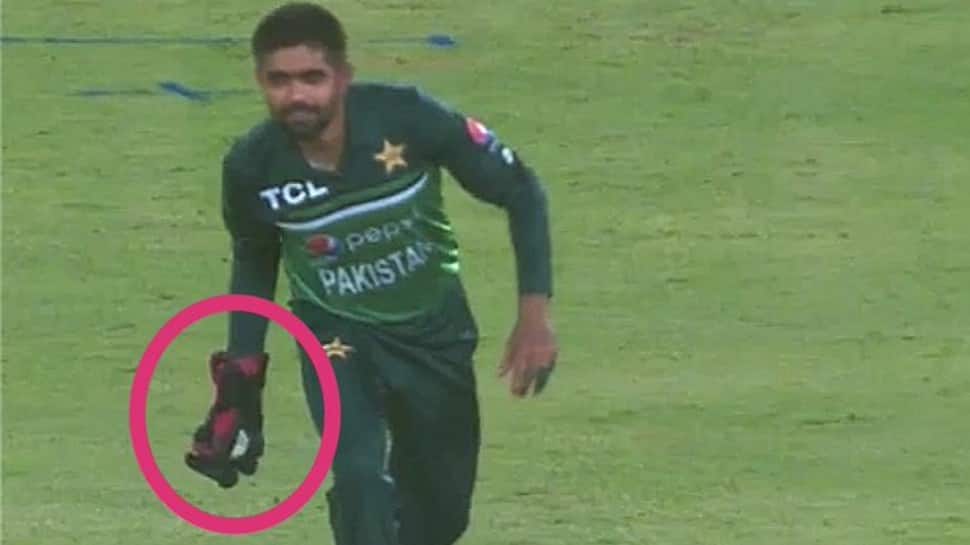 Babar Azam’s bizarre action was deemed illegal by the on-field umpire and as a result, West Indies were granted five-extra runs in the total.

Well, according to the Laws of cricket – 28.1 Protective equipment – “No fielder other than the wicket-keeper shall be permitted to wear gloves or external leg guards. In addition, protection for the hand or fingers may be worn only with the consent of the umpires”.

But the bizarre incident didn’t make any serious impact on the result as the Pakistan cricket team was able to defend their total and register the second win of the ongoing 3-match ODI series by a margin of 120 runs.

Talking about the game, after electing to bat first, Pakistan posted a total of 275 for eight, riding on the stellar 77 runs knock of Babar Azam and opener Imam-ul-Haq’s 72-run knock.

Later, while chasing the target, West Indies got off to the worst possible start and they couldn’t recover throughout the innings as they kept on losing wickets at regular intervals. They were eventually bowled out for 155.

Now, West Indies and Pakistan will lock their horns against each other in the dead rubber 3rd ODI match at the same venue on Sunday, June 12.

Also Read: Ricky Ponting Wants Team India To Use This Player As A ‘Floater’