The Race To 10,000 Test Runs: Who Will Follow Joe Root To The Landmark? 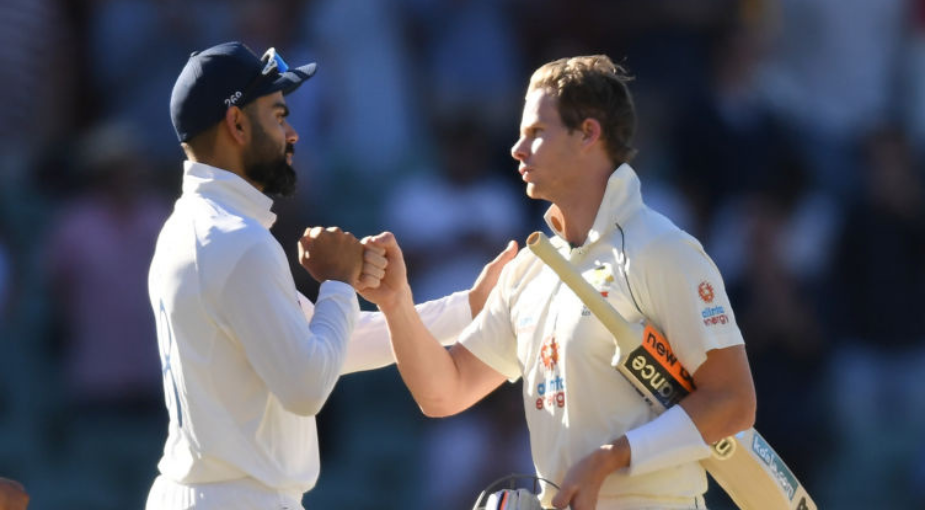 Joe Root recently reached the coveted milestone of 10,000 Test runs, deservedly entering an exclusive club that features only 13 other batters in 145 years of Test history.

Ever since Sunil Gavaskar first breached the landmark in 1987, some of the greatest Test batters have followed in his footsteps, with some other equally good players just falling short. At present, a few modern-day greats aren’t too far from the landmark, but the race has become complicated owing to wavering batting forms, the changing dynamics of the sport, and the after-effects of the pandemic on how the game is played.

Here are five players who are the closest to the landmark (along with three others who could come close in the future):

The obvious favourite, Smith has been making merry against bowling attacks around the world for years now and has the second-most runs since the start of 2015, only behind Root. A brief dip of late has slowed him down: he’s been outside the top 25 run-getters since the start of 2020, having hit just one century in the last two years. He seems to be slowly getting back into the groove, having scored four half-centuries in eight innings this year. In his latest Test appearance in March, he ticked past 8,000 runs, becoming the fastest, in terms of innings, to reach the landmark. At 33, he seems to be the best bet among the current lot to follow Root.

Kohli’s actually ahead of Smith in terms of career runs, but has suffered a distinct decline in numbers: from 2012 to 2019, he hit 27 centuries but he hasn’t been able to add to the tally in the last two-and-a-half years. Since the start of 2020, his average stands at a lowly 28.03, with his career average recently falling below 50 for the first time since 2017. He’s still 33, and a redemption can’t be ruled out, but the manner in which his run-scoring has sputtered of late makes it possible he might just end up being overtaken by others.

For Williamson, form might not be as much of a concern as fitness: he’s played just five Tests since the start of 2021, and has been afflicted by long-standing elbow problems that have reduced his international appearances of late. At 31, he still has age on his side, and if he stays fit, he could go past the milestone soon enough: he’s averaged over 45 each calendar year since 2013, and scored a career-best 251 not too long ago. New Zealand’s relatively sparse fixture list could also work against him.

Among active batters, Warner is only behind Root, Kohli, and Smith in terms of Test runs, but is two years older than Kohli and Smith, which could hamper his quest to reach the landmark. To breach the 10,000-run mark, he will still need to score more than a quarter of his current total career runs as he enters the wrong half of his thirties. The recent numbers aren’t too promising either: since the start of 2021, he averages 29.94 in 17 innings with no centuries to his name. But Warner’s penchant for big scores at home could aid his case.

The oldest among the lot, Azhar would surely need to play in his forties to stand a chance of entering the 10k club. It would require a massive effort from him to follow Younis Khan as the second Pakistan player to reach the landmark: the last 3,000 runs of his career have taken him nearly six years and 44 Tests. He doesn’t seem to be in a mood to slow down though: earlier this year, he scored an epic 185 against Australia. It might be a stretch, but he’s still not out of the race yet.

If neither of the above five gets to the landmark, it could be a tussle between high-flyers from the next generation to reach the milestone. Among those, Marnus Labuschagne and Babar Azam are the current favourites – both are 27 and in stunning form – and occupy the first and fourth spots in the Test rankings. Labuschagne averages 54.31 from 45 innings: at the same rate, he’d need 136 more innings to cross 10,000 runs. Babar, on the other hand, is closing in on 3,000 runs and is finally translating his white-ball brilliance to the red ball. At 24, Rishabh Pant could be in the reckoning as well, averaging 40.2 and nearing 2,000 runs. If both Labuschagne and Babar – relatively late bloomers – fall short then Pant looks the most likely.

Root could well be the last man to 10,000 runs. Smith has a decent chance, but you could argue that none of Kohli, Williamson, Azhar, or Warner have more than a 50 percent to reach the landmark and the changing dynamics of the sport could mean that the club ends up remaining exclusive to 14 batters. Teams don’t play Tests as frequently as they used to: the first half of the century saw 507 Tests being played, while the second half has seen 457 in contrast, despite the introduction of two new Test teams in 2018. In 2021, England and India played 15 and 14 Tests respectively. However, a team has played 14 or more Tests only four times since 2015. And with the rise of T20 cricket and the death of the longer format constantly prophesied, Root might just be the last of his kind.

Quiz! Name The No.11s With The Most Test Runs