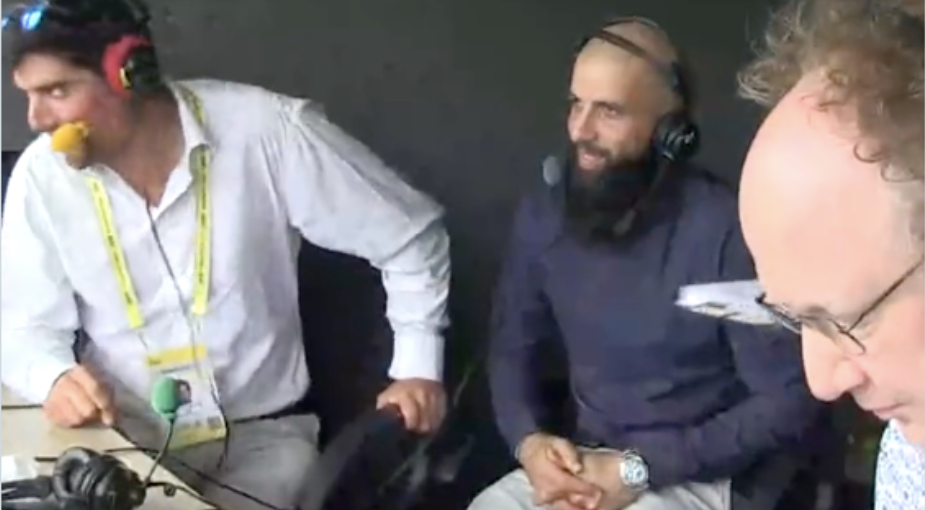 Former teammates Alastair Cook and Moeen Ali, who were at the centre of an awkward on-screen exchange during the 2021/22 Ashes, revisited the episode during BBC’s coverage of the ongoing England-New Zealand Test series.

During BT Sport’s Ashes coverage in January, Moeen had awkwardly spoken about the difference in the captaincy styles of Cook and Joe Root. The conversation gained plenty of traction on social media, with viewers left wondering if the tone of the exchange was tetchy or humorous. BT Sport presenter Matt Smith would later clarify that the two “genuinely are mates”.

On Saturday, during day two of the second Test, Cook and Moeen were sharing the commentary box when Cook decided to tickle the topic with a harmless: “How are you Moeen, anyway?”

“I haven’t seen you since the winter,” said Cook, referring to the episode at the BT Sport studio. Contrary to the other exchange, this one was clearly a light-hearted chat.

“I was coming back from a holiday,” Cook recalled, “walking straight into the studio at midnight to meet my good old smiling Mo, as he always is, very happy. Anyway, half an hour or so into the shift, he basically told everyone who was watching and listening that I wasn’t a very good captain, I wasn’t a very good coach. I wouldn’t be a very coach. And that’s kind of how it went. So yeah, I actually feel as if I have got nothing to defend here.”

Moeen took up the conversation thereafter, quipping that the statement was “a little bit out of context”, jokingly saying that Cook had “took it personally” and it “all went viral”.

“It was a little bit out of context,” Moeen said. “I was saying, basically, Rooty has a lot more empathy for his players than you did.

Talk about timing: as soon as Moeen finished that sentence, England managed their first breakthrough in 68 overs, with Tom Blundell hitting Jack Leach down to Ben Stokes at mid-off. Cook gave a little eyebrow raise to Moeen, as the action shifted to the huddled-up England team in the middle.

Sir Alastair Cook ️ “He told everyone I wasn’t a very good captain!”

Moeen Ali ️ “I was saying that Rooty has a lot more empathy for his players than you do!”

The duo discuss *that* viral video…

The Race To 10,000 Test Runs: Who Will Follow Joe Root To The Landmark?