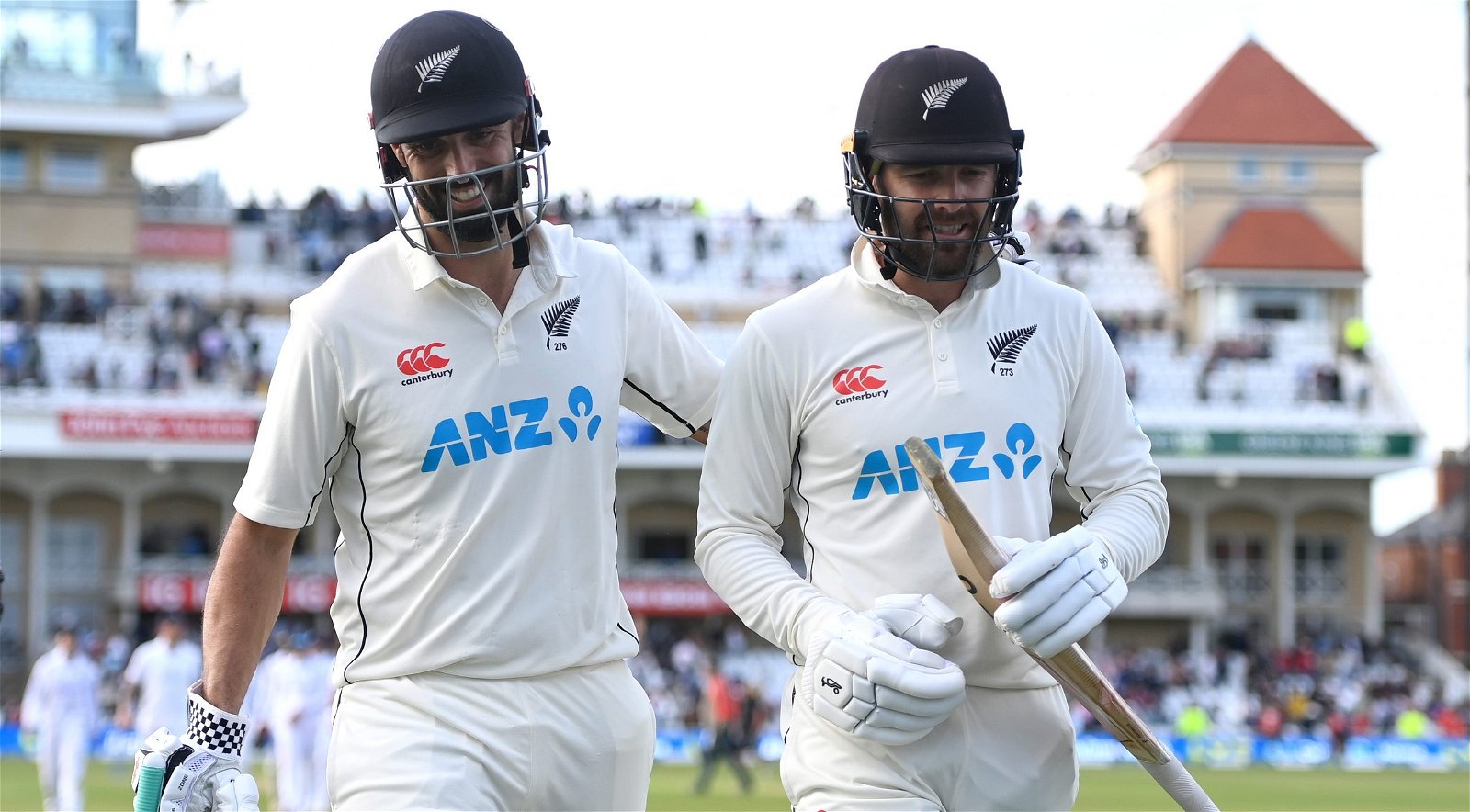 Ben Gardner on what England can learn from New Zealand’s faith in Daryl Mitchell and Tom Blundell.

He has two hundreds in two Test innings, the latest an imperious 190, making it four international tons since the start of last year. That doesn’t include his finest moment, an unbeaten 72 in a World Cup semi-final, downing England, the pre-tournament favourites, with an over to spare. Right now, he’s playing like a world-beater. Everything he’s trying is coming off, every shot coming out of the middle. It can’t last, because nothing ever does. But right now, it’s dreamy.

Mitchell wasn’t always this good. Until the season of his Test debut, he averaged 33.84 in first-class cricket, and while he had at one point been a player of promise, averaging 54.53 and passing fifty eight times in 15 knocks in his first full season, that had faded somewhat. Only a well-timed 170* in his first innings of the season, and an injury to Colin de Grandhomme, handed Mitchell a Test debut against England. He made 73 in his first Test innings, and has been a regular part of the New Zealand set-up since then.

The story of Tom Blundell, New Zealand’s other centurion at Trent Bridge, is not dissimilar. While he was a more regular run-scorer at first-class level than Mitchell, he still had to wait for his chances, only winning two Tests before his 29th birthday. He then required some patience, his average dropping to 28.85 after New Zealand’s shock Test defeat to Bangladesh earlier this year. Like Mitchell, Blundell is 31 years old and enjoying a purple patch, falling just short of a century at Lord’s before bringing up the milestone in Nottingham.

Both look like players with enough experience to recognise and adapt to any situation in which they find themselves, and the confidence and understanding of their own methods to back their template to succeed. Both are also the kind of players at the kind of age that England rarely pick.

Under Ed Smith and beyond, England have employed the most drastic youth policy in the world when it comes to selecting batters, and one of the least successful. Since the start of 2018, batters aged 25 or younger (at the start of each Test) have played 155 innings for England in the top six in Test cricket. Next on the list are Bangladesh with 88 and West Indies with 83. New Zealand have had just five. Those 155 innings have brought a collective average of 27.22, with only Bangladesh, West Indies, Zimbabwe and Ireland below them.

Even when England do give experience a chance, the rope extended is rarely long. In his first six innings after his recall in 2021, Dawid Malan reached 70 three times. That’s the same number of 70+ scores Ollie Pope and Zak Crawley had between them in 50 Test innings from the start of last year until the end of last week’s Lord’s Test. And yet, after a lean end to the 2021/22 Ashes, Malan was jettisoned, with Crawley and Pope shown faith at the start of this summer. Malan is 34 years old. Clearly, he’s not going to be the bedrock of England’s batting in a decade. But does that mean he’s not their most reliable option right now? Joe Denly is another recent example of a player doing a job but dropped in favour of a younger alternative, while Sam Robson, aged 32, is one of the most consistent top-order batters in the County Championship, but doesn’t feature in Lions squads, let alone Test ones.

The point is not to argue that any of these players should definitely be playing, or to slight Crawley and Pope, but simply to identify a trend that, until now, hasn’t been working, as a look at England’s results over the last 12 months shows. Their preferred method has been to pick on potential, and hope players work it out at the top level. Rarely are players left alone after being dropped for a long period of time, instead recalled at the earliest flicker of form, or even before. Why pick the guy we know is good when this other guy might be great? And the upside is greater with a talented youngster, who can drive the team forward for a generation, especially when those youngsters are Pope and Crawley, so eye-catching when everything is in sync, who at their best look like they are capable of being world-class.

But the risk goes beyond a lost Test or a lost series, and extends, perhaps, into a lost career. Crawley and Pope are both yet to turn 25, but have each played more than 20 Tests. History shows that Test batters very rarely get more than 25 caps without establishing themselves as players of substance. It should be ridiculous to say for two players born after the release of Titanic – especially Pope, with a monstrous first-class average and batting in a position he never has before in first-class cricket – but both are at something close to a last-chance saloon.

Each might yet make it work, and Pope looked excellent on Saturday in reaching 50 in response to Mitchell and Blundell’s mammoth stand. But consider what will happen if either struggles, and is dropped. By the time they justify a recall, they will be at an age where England rarely retry players. And even if they do get another go, they will be only another few failures away from having played 30 games with an average under 30, and the pressure will mount all the more. It’s generally accepted that batters peak around the age of 30, something that Mitchell and Blundell attest to. England risk burning up their players before they get close to that age.

Mitchell and Blundell have shown that picking a good player at the right time is far preferable to picking a potential great at the wrong one. When it comes to Test selection, the trick isn’t just identifying the right talent, but also when to give it a chance.