Gautam Gambhir Wanted This Young Player To Replace Dinesh Karthik In First T20I Vs SA: The much-awaited 5-match T20I series between India and South Africa kickstarted on a disappointing note for the Men in Blue as they suffered a 7-wicket defeat in the first match at the hands of the visitors at the Arun Jaitley Stadium in Delhi.

Well, Dinesh Karthik, who recently had a stellar run in the 2022 edition of the Indian Premier League, returned to the Indian team after a gap of three years. DK had turned out to be the best finisher in the IPL 2022. However, he only faced two balls with the bat in the first match. But despite this fact Gambhir feels that Deepak Hooda should replace him in the squad. 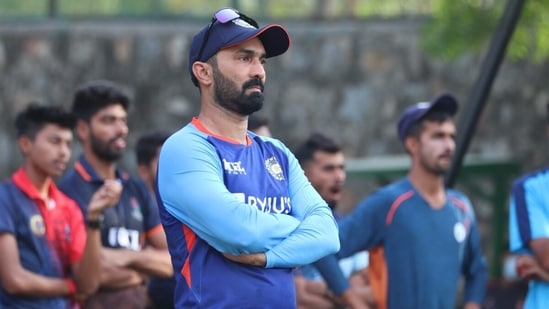 Yes, in an interview with star Sports, Gambhir stated that he will continue to play DK now but given his age, Gambhir still feels that Pant could have played Deepak Hooda.

“It was slightly an off-day for the bowlers, there will probably be some discussions about how they can use their bowlers better and whether they can improve their sequencing. The same team should play two or three matches, then only you will get an idea about which young players can be contenders for the World Cup,”

Furthermore, Gambhir backed Ravi Bishnoi as a second-leg spinner in the team alongside Yuzvendra Chahal. He said:

“In that case, you can probably sit out a seamer and play the leg-spinner in Bishnoi, and Hardik can be your third seamer. You will have two wrist-spinners as attacking options but if the ground is small and there is not much spin on the wicket, then you will probably see the same team,”

Meanwhile, the Indian cricket team will lock its horns against South Africa in the 2nd T20I match tonight in Cuttack.