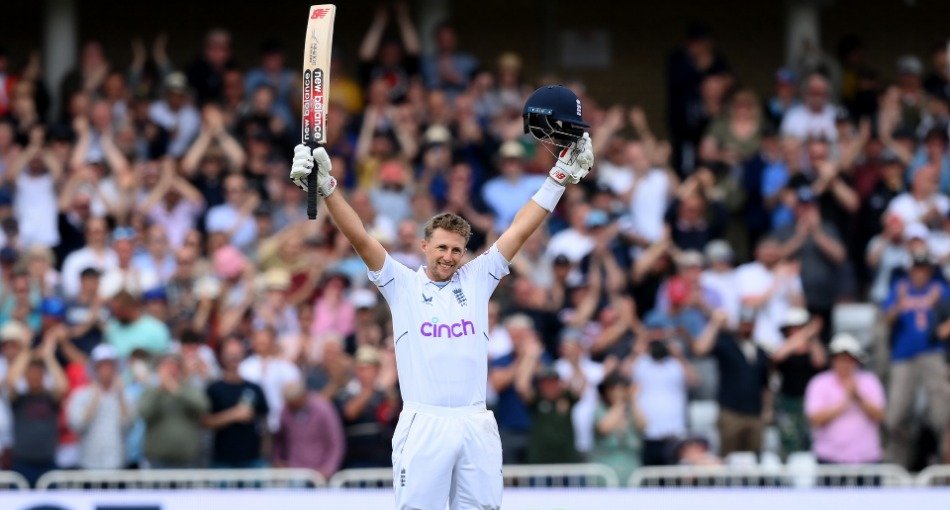 Joe Root scored his 27th (and fastest) Test hundred on the third day of the second Test between England and New Zealand at Trent Bridge.

Batting alongside Ollie Pope, the former England captain raced to his second century in as many matches off just 116 balls. Having been dropped by Tim Southee on 27, Root made the Black Caps pay as he moved onto three figures with a flurry of textbook cover drives and typical dabs to third man. He brought his century up in unconvincing fashion however, inside edging passed the keeper to the delight of the Trent Bridge crowd.

The right-hander’s knock took him above Younis Khan and Sunil Gavaskar in the list of the all-time leading run-scorers in Test cricket – the Yorkshireman now has 10 hundreds since the start of 2021. There was a flood of praise for Root as he continues his record breaking run of form with the bat.

A fourth hundred in 5 test matches, his 27th overall. And this one’s his fastest as well…off 116 deliveries. Joe Root is an unstoppable run scoring machine…continuing to build on already extraordinary legacy. #ENGvsNZ pic.twitter.com/3TaitaBJha

Not how he planned to get there off an inside edge but it doesn’t matter in the slightest – yet another sparking Joe Root century. #ENGvNZ pic.twitter.com/zt1HObny13

Joe Root on a different level right now: 10 Test hundreds since the start of 2021 – more than Ted Dexter, Robin Smith or Tony Greig in their entire careers

Watch: Nicholas Pooran Takes His First International Wicket On The Way To A Four-For Against Pakistan