Watch: Nicholas Pooran Takes His First International Wicket On The Way To A Four-For Against Pakistan 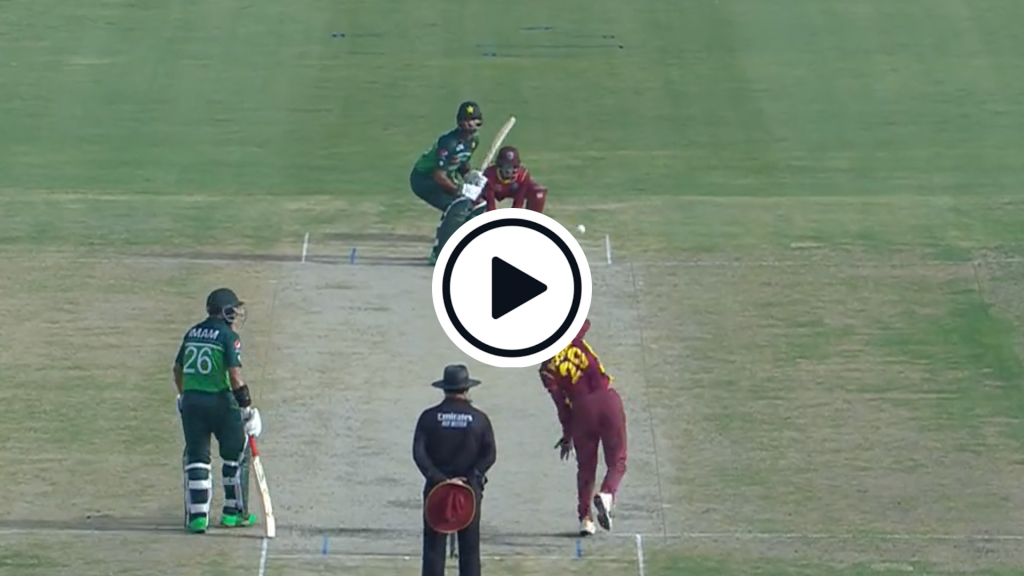 Nicholas Pooran celebrated his 100th appearance for the West Indies with a surprising contribution in the third ODI against Pakistan at Multan – the 26-year-old took 4-48 with the ball.

Pooran – who keeps wicket regularly for West Indies’ T20I side and had bowled only once in international cricket before Sunday – brought himself on after 12 overs of Pakistan’s innings, with the hosts looking comfortable at 60-0 after they batted first.

But from his third over Pooran bowled Fakhar Zaman to end the opening stand, and his off-breaks continued to wreak havoc. He removed the in-form Imam-ul-Haq for 62 in the 23rd over of the innings and a couple of balls later had Mohammad Haris caught by Akeal Hosein for a second-ball duck.

Prior to this match, Pooran had bowled just nine balls in his professional career, with his one previous wicket coming in first-class cricket.

The post Watch: Nicholas Pooran takes his first international wicket on the way to a four-for against Pakistan appeared first on Wisden.

Wisden's Team Of The T20 Blast So Far