Moeen Ali Has Nothing To Prove 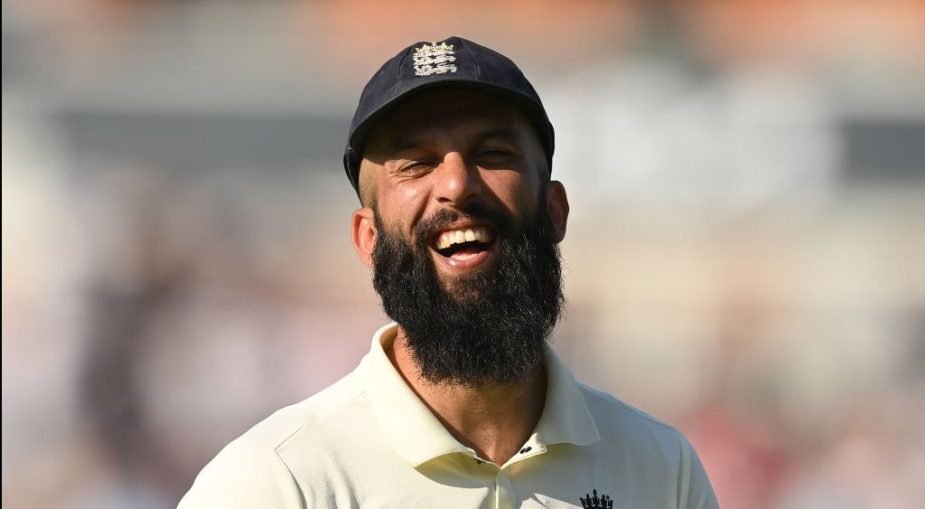 Moeen Ali has recently ‘un-retired’ himself from Test cricket. Yas Rana argues that Brendon McCullum should make full use of his mercurial talent.

“We’re not in a position to not select world-class players at the moment,” said Ben Stokes last week as he heaped praise on Ben Foakes.

It has been some time since Moeen Ali merited that description in Test cricket – some of his detractors might argue he never did – but it is undeniable that he was a notably frequent match-winner. Of England regulars, only Kevin Pietersen, Ben Stokes, Joe Root, Graeme Swann and Ian Botham have been been named Player of the Match for England with a greater frequency in Test cricket than Moeen*. With two wins in their last 18 matches, they do not have the luxury to ignore that kind of talent that is once again available to them.

Ever since he made his Test debut eight years ago, Moeen has been a divisive and at times frustrating cricketer. One minute he evokes memories of David Gower with the bat, the next he’s batting with the temperament of a true No.9, the lowest position at which he has batted in Test cricket. One day he looks like the most penetrative spinner in the Test game, the next he struggles to go at under four an over. He’s a spinner whose first thought is to attack rather than to contain and who captains haven’t always managed well.

Forget the batting – and England could really do with an upgrade at No. 8, by the way – and it’s worth reminding ourselves about Moeen, the bowler. His Test record is fine; Graeme Swann and Derek Underwood are the only two England spinners with more Test wickets than Moeen’s 195 scalps at 36.66. But strangely for a spinner, that overall record actually improves in England where his wickets have come at 33.48. In comparison, Swann took his 120 home wickets at 28.94. But Moeen’s strike-rate at home is considerably better than Swann’s (53.0 balls per wicket to 56.9). In fact, with a cut-off of 100 wickets, only three spinners in history have a better strike-rate in home Tests than Moeen: R Ashwin, Muttiah Muralidaran, and Rangana Herath.

In hindsight, not unlike the openers who came immediately after Strauss’ retirement, Moeen’s off-spin was judged harshly. Few English spinners in the history of English Test cricket mastered the art of spin-bowling quite like Swann – he was an extremely tough act to follow. Much of the analysis on Moeen focused on what he couldn’t do – be a consistent container – rather than what he could do – produce moments of magic on pretty much any surface outside Australia. As he has noted himself, his brand of cricket aligns well with the new regime, one that is actively seeking to move away from English cricket’s customary conservatism. Two of Stokes’ first three innings as captain have seen him bat with almost unhinged aggression, a far cry from the caution of the Silverwood era – you’d think this particular leadership group is better placed to eke the most out of Moeen than its previous iterations.

Spin bowling in England is extremely difficult, especially so this early in the summer and while it hasn’t been their most glaring concern in recent times, it’s an area England haven’t managed to get right. There is minimal assistance from the pitch and even offering control while the seamers rotate at the other end is less straightforward than it sounds; sometimes there is very little for them to do over a Test. Leach – the man who replaced Moeen in the Test side three years ago – didn’t play a single home Test during Chris Silverwood’s tenure as head coach, and the last three summers have seen England field three different bowlers as their first-choice spinner. It is also a selection conundrum that England’s recent opponents have grappled with with mixed success. Just last year, India left out the best spin bowler in the world in Ravichandran Ashwin for the entirety of their series in England. Ajaz Patel’s left-arm spin was used for just two overs at Lord’s before he lost his place in the side at Trent Bridge.

Having an undisputed first-choice spinner might not be applicable to this England set-up, either. When your options are Leach, Moeen and Matt Parkinson – three completely different bowlers – then it doesn’t make sense to back one above the others in all environments. Leach has shown himself to be a reliable match-winner in Asia and a fourth innings bowler of promise in England later in the summer; when conditions dictate it, they can play together. Leach can be a much better bowler than he has showed so far against New Zealand but his lack of threat on the fourth day at Trent Bridge as well as a lack of control over the batters – he went at more than four runs per over for much of the day – must be of some concern. It is notable that, according to CricViz, New Zealand debutant Michael Bracewell has imparted more drift and turn on the ball than Leach over the match.

This summer will probably be too soon for Moeen’s home return given the lack of opportunities he has to play first-class cricket in the immediate future. A lack of first-class match practice shouldn’t necessarily be an obstacle blocking his return though; with 195 Test wickets to his name he doesn’t have an awful lot to prove – England will know what they’re getting. It has been mooted that Moeen’s return could come in Pakistan later this year – his Test future could and should be much more than just that tour.

*measured by comparing players’ Player of the Match per Test ratio