For the first time since Sachin Tendulkar’s debut, if any young Indian player has got Sunil Gavaskar so excited – it is none other than the 22-year-old tearaway fast bowler Umran Malik.

Umran Malik could make his India debut in the third T20I versus South Africa, to be played on Tuesday in Visakhapatnam. Batting Bhuvneshwar Kumar, no other Indian bowler – seamer or spinner – has really left an impact on the two matches so far, both of which India lost failing to defend totals of 211 and 148.

This could pave the way for Malik’s debut, with the speedster showing his wicket-taking factor during the IPL 2022. The Sunrisers Hyderabad paceman snapped up 22 wickets in the season, including a memorable five-wicket haul versus Gujarat Titans. 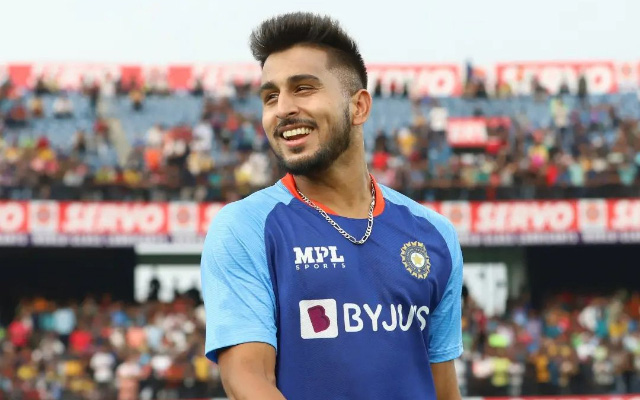 Will Umran Malik make his debut in the third T20I?

Sunil Gavaskar is so excited at the prospect of Malik making his India debut in Visakhapatnam that he made a massive complimentary statement – saying that he was so stoked about a young uncapped Indian player’s debut was when Tendulkar, as a 16-year-old prodigy, was about to play his first international game.

“The last time, I am trying to think… The last time I got really excited at seeing an Indian Player was Sachin Tendulkar…when Sachin Tendulkar…you know young Indian. And after that I have got excited watching Umran Malik,” Gavaskar told Star Sports after the end of the second T20I.

The 72-year-old commentator strongly feels that Malik should get a chance in the next game, but admitted that India may choose to stick with the same combination for one more match and refrain from experimentation with the series on the line.

“So yes, I do believe he should play but they might say ‘let’s win the third one and then get ourselves in a situation, maybe then we can experiment with the team. That can well happen. It also depends on the kind of surface that they are going to see in the third T20I,” Gavaskar opined further.

SL vs AUS: Australia name their playing XI for the upcoming first ODI