Who Is England’s Greatest Men’s Test Batter? The 12 Contenders 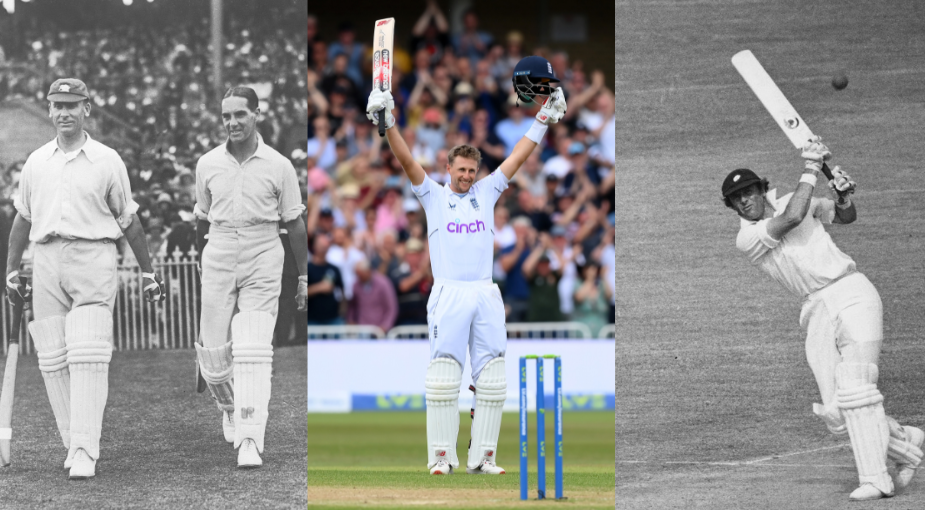 Joe Root’s masterful century at Trent Bridge extended his remarkable recent run of form that has now seen him register 10 Test hundreds in an 18-month burst. After his latest exhibition, we take a look at how he compares to England’s other batting greats – is he top of the pile?

The most prolific hundred-maker the first-class game has ever seen, Hobbs averaged over 60 after 55 Tests before a late-career slump brought that figure down. Hobbs is one of the nine Englishmen to have scored more than 2,000 Test runs with an average above 50.

If you were picking England’s greatest batter purely on their final career analysis, Sutcliffe emerges top with the highest average of them all. The start to Sutcliffe’s Test career was extraordinary; he averaged 82.60 after 16 Tests. Sutcliffe twice struck four hundreds in a five-match series, once in Australia in 1924/25 – a series that England actually lost – and at home to South Africa in 1929.

The first English cricketer to score 20 Test hundreds, Hammond was a titan in the England top order. Hammond finished his career with an astonishing average of 74.38 while batting at three.

Another in England’s lineage of great openers. Hutton’s Test career was disrupted by World War Two, robbing him of five years at his peak. Remarkably, Hutton averaged over 50 in 10 separate calendar years. His 364 against Australia at The Oval in 1938 remains the highest score struck by an Englishman in Test cricket.

A bedrock in England’s middle-order, generally batting at four, a possible hole in his record is the discrepancy between his averages in home and away Tests. His record in England was phenomenal; Sutcliffe is the only person to average more in home Tests (min. 2,000 runs) but away from home that number plummeted from 60.04 to a still respectable 36.88.

To finish his career with an average as high as his having opened the batting in England against the calibre of the attacks he played against is some achievement. Boycott scored Test hundreds under nine different captains and briefly held the world record for the most Test career runs.

Gooch enjoyed a remarkable late career renaissance, scoring almost half of his Test runs and 12 of his Test hundreds after his 36th birthday. That run included a triple century against India and Lord’s and a century against West Indies at Headingley that is widely considered one of the greatest ever scored by an Englishman.

Arguably the most graceful of all of England’s batters, Gower averaged over 40 against every side he came up against in Test cricket bar West Indies. Only Hobbs and Tendulkar have scored more Test hundreds against Australia than Gower.

Few batters have provided as much entertainment in the Test arena as Pietersen. Pietersen struck his runs at a strike-rate above 60 and famously played a starring role in England’s 2005 Ashes triumph – Pietersen’s first series in Test cricket. He was a central figure and recurring protagonist in England’s rise up to the top of the Test rankings in the late 2000s and early 2010s.

England’s greatest run-scorer and one of two English cricketers in the 10,000-run club. The watchful left-hander’s peak coincided with that of the England side he played for. Between October 2010 and December 2012, Cook averaged over 65 scoring 10 hundreds in 27 Tests.

Root is currently in the midst of a remarkable run of form that has seen him reel off 10 Test hundreds in an 18-month period. To maintain that kind of form in an otherwise struggling side has been some feat. The only noticeable blot on his copybook is that he is still yet to score a Test hundred in Australia.

Marks Out Of 10: Player Ratings For Pakistan After 3-0 ODI Series Win Over West Indies