After being on the sidelines for almost three years, veteran keeper-batter Dinesh Karthik made a blockbuster return to the Indian set-up for the ongoing five-match T20I series against South Africa. He will also be a part of the squad for the two T20Is against Ireland, later this month.

Dinesh Karthik Made An Inspirational Comeback

Dinesh Karthik was selected to be a part of the Indian set-up for the ongoing 5-match T20I series against South Africa, riding on the back of his stellar performances for Royal Challengers Bangalore in the 2022 edition of the Indian Premier League. He gave consistent performances throughout the season and won many games for his side.

DK made a return to the playing XI for the Rishabh Pant-led side in the ongoing 5-match T20I series. After his return to the Indian side, DK has played in all the three T20Is so far, returning with scores of 1*(2), 30*(21), and 6(8). His fiery finishing skills came into display in the second t20I where he slammed 30 off just 21 balls. His performances have given many fans hopes for the upcoming T20 World Cup this year. 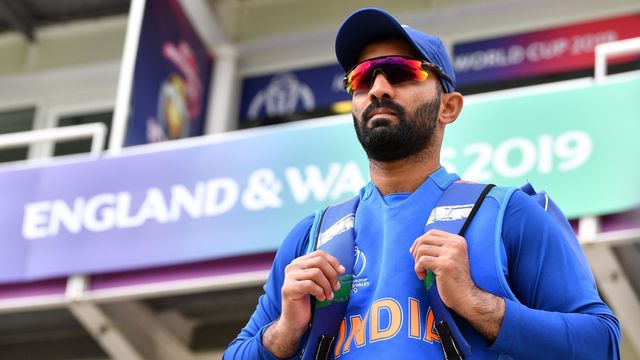 Meanwhile, ahead of the fourth T20I match, Dinesh Karthik got candid and revealed that he is grateful to be in the squad again. Well, on Thursday, the BCCI shared a video where the comeback man was seen sharing and reflecting his thoughts on being back with the Indian side after a long gap. He said:

“For about three years, I’ve been looking from outside. I’ve been looking in how special feeling it is to be a part of this team. I am enjoying and very grateful for every second I am here. The urge, the fire in the belly in terms of wanting to come back here, wear the national colours and represent the India team is something that I dream of everyday, and that is what has kept me going for the last decade or so,”

He added: “I have been some many times, and I have always wanted to come back to the Indian team. Whether I have played domestic cricket or IPL, the fire in my belly has always been to come back here, wear the national colors and represent India. It is a dream that I have, that made me go consistently for the last decade,”

“It’s been a decade and a half since the first T20I and now to be back in the squad against South Africa is a lovely feeling. Cricket has obviously changed in the last 15 years in this format. I have been a part of it and seeing it grow in various phases is special. I am so happy and lucky to be here,”

Watch the video shared by the BCCI:

You wouldn’t want to miss this special interview with @DineshKarthik. #INDvSA | @Paytm

Also Read: PCB Is Getting Mercilessly Trolled For Complaining About IPL’s Expansion

PCB Is Getting Mercilessly Trolled For Complaining About IPL's Expansion