Watch: Jason Roy Bowled Through The Gate By His Cousin During Netherlands-England ODI 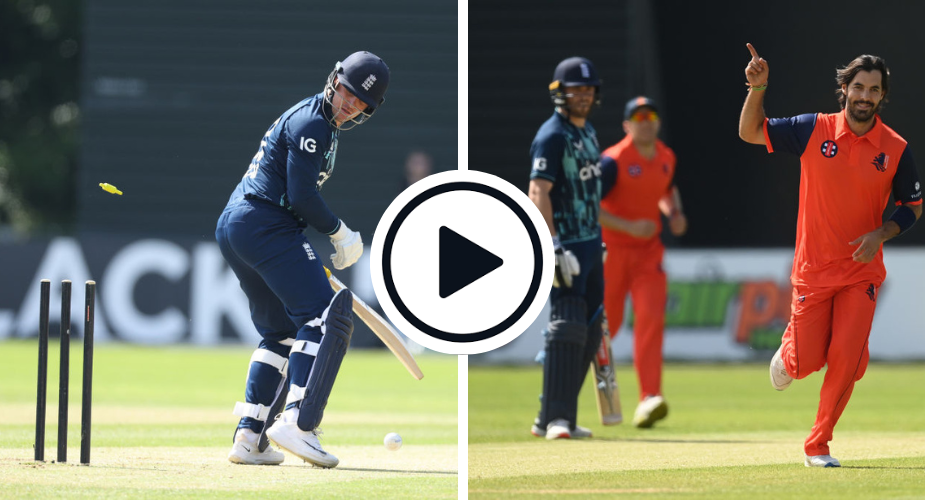 Watch: Jason Roy was dismissed by his cousin Shane Snater during the first ODI between the Netherlands and England.

The first-ever bilateral series between the two countries saw the hosts get an early advantage as Snater got the wicket of Roy in the second over of the innings. Playing his third ODI, right-arm pacer Snater, who represents Essex in this season of the County Championship, sent down a fuller delivery that angled in from the off-stump to his cousin Roy. The England opener tried to drive but only managed an inside edge that went on to rattle his stumps and was seen with a sheepish grin as he walked back after being dismissed by his cousin.

Roy was out for a seven-ball one in what is England’s first ODI in 2022. His mother and Snater’s mother are sisters.

The post Watch: Jason Roy bowled through the gate by his cousin during Netherlands-England ODI appeared first on Wisden.