Watch: Marco Jansen Smashes Axar Patel Out Of The Ground For A 104-Metre Six On T20I Debut 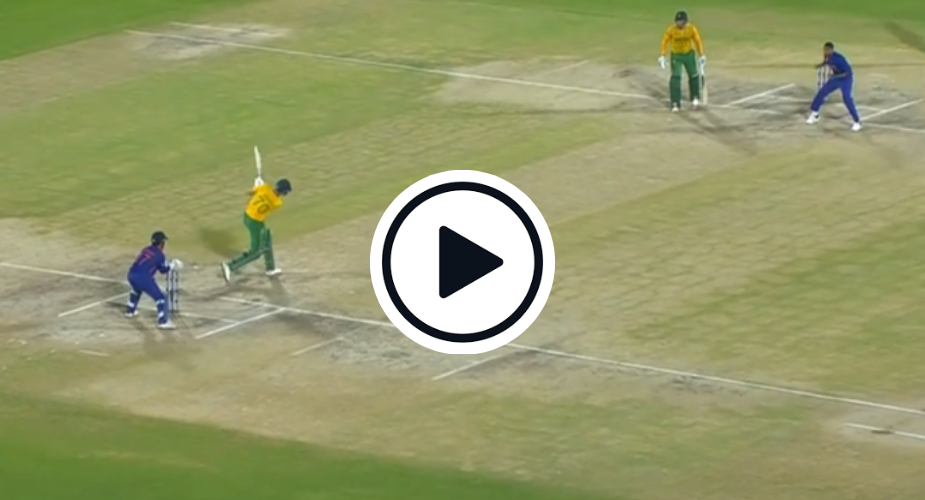 Watch: South Africa’s Marco Jansen, on his T20I debut, smashed a huge 104-metre six off Axar Patel during the fourth T20I against India in Rajkot.

Chasing 170 for a series win, South Africa were in a spot of bother at 59-4 in 10.2 overs when all-rounder Jansen walked out to the middle. The 22-year-old, who was playing his first game in the format, had earlier picked up his maiden T20I wicket when he had Shreyas Iyer out lbw in the first innings. He showed off his skills with the bat as well, when he effortlessly smacked Patel over long-on for a monstrous six.

The fourth ball of the 12th over, also the seventh ball that Jansen faced, saw him dance down the track and swipe across the line for his first-ever T20I maximum, with the ball landing out of the ground. The 104-metre hit was followed by a four by Jansen off the very next delivery, with the batter pulling a shorter ball through the gaps near mid-wicket.

Why Are The Netherlands Far From Full Strength, Despite The ICC's Mandatory Release Rule?