How Long Can Stuart Broad Keep The Party Going? 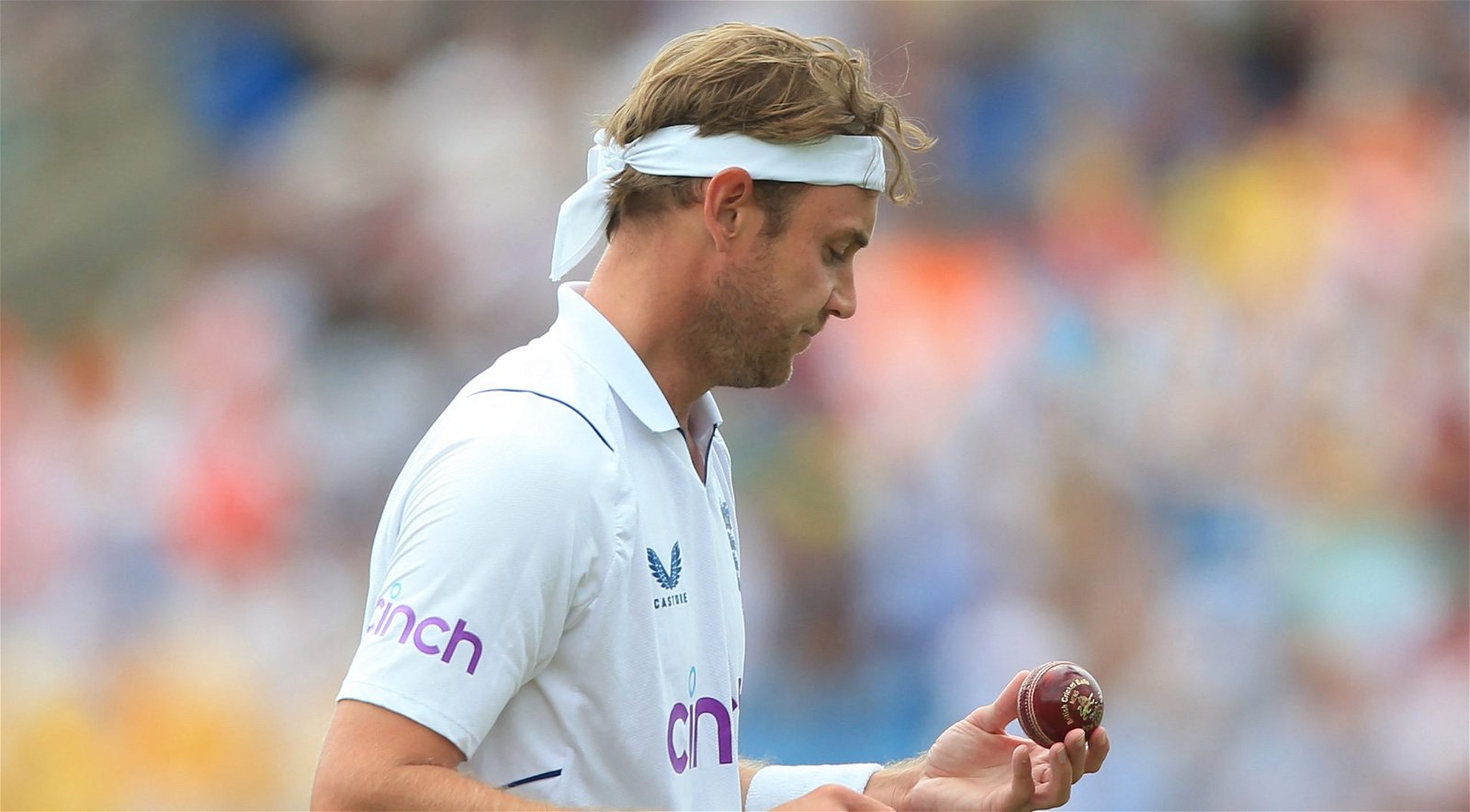 If Stuart Broad carries on into his late 30s, he will be going where very few modern quicks have gone before, writes Ben Gardner.

After a proper tear-up, there’s always one guy who doesn’t want to let the good times end. It’s the end of the night. Everyone else is slumped on a sofa or long since left for home. And there he is, queueing up the house bangers on the big speakers, cracking open another can to add to the pile, all while all anyone wans is some peace and quiet. On the third morning at Headingley, that man was Stuart Broad, the mid-thirties raver carrying on the carnage from the day just gone. That was his birthday bash, and he didn’t even get a look in. When he got his chance, he was going to have some fun.

The rest looked, to varying degrees, like they were still feeling the after-effects. Jamie Overton was short on sleep and trapped in the Long 90s. Jonny Bairstow was still just about clinging on, but looked a bit like he could do with a cup of coffee and a ham and cheese toastie. And then there was Broad, dancing to his own 140bpm tunes, blasting Trent Boult back over his head from way outside leg-stump, swinging merrily until he wasn’t any longer. England had a lead, and Broad, a dad to be, showed he was still young at heart, and able to blaze it with the best of them.

But then came his real job, his 9-5 rather than his weekend jives. The advantage had been traded a couple more times, and Matt Potts had just got Kane Williamson for the third time in four innings to confirm his and England’s ascendancy. Broad beat the bat of Henry Nicholls, and put his head in hands, the cue that it was time to get the shindig started once more. Ben Stokes exhorted the Western Terrace. Joe Root clapped him in at slip. Bairstow played the role of Fanta-fuelled child in a high-stimulus soft-play area. Everything was in place for the legs to pump. But the knees-up wasn’t to come, at least not from Broad.

Instead, Nicholls checked Broad into the off-side and ran through for a single. Daryl Mitchell pulled out of his stance to deflate some of the excitement and then shimmied down to block without issue. The over passed. Soon, so too did the spell. Jack Leach entered the attack, and removed Nicholls in his first over. Broad ended wicketless. It both was and wasn’t his day.

Still, England’s second-leading Test wicket taker might have turned 36 years old, and thoughts of fatherhood might be hovering the background, but he served a reminder in the first innings of his enduring qualities with a typically canny bowling performance. He claimed 3-62 to keep New Zealand’s total within reach, with all three wickets caught by the wicketkeeper or in the cordon. The setting up of Williamson was particularly delightful. Broad started in the channel outside off, pulling Williamson across, then planted doubt in his mind with a big inswinger. The straight ball that followed was nothing special by itself, but Williamson couldn’t help but prod at it.

England’s profligate fielding left him one short of 550 Test wickets, but he still entered his 37th year with a record to be envied, and one remarkably similar to that of James Anderson, with eight wickets and less than a run in the averages separating them.

Since turning 36, Anderson’s record is ridiculous – 111 wickets at 22.64 – and even as he closes in on 40, he’s still going strong, albeit with injury playing a growing role. It’s a template England fans hope Broad will follow. But, in modern times, Anderson is pretty much the only example there is of a quick playing on into their late 30s. The other scenesters couldn’t stick it out. Courtney Walsh, whose last Test came in 2001, is the only other seamer to take 50 or more wickets after turning 36 this century, with Walsh’s long-time partner Curtly Ambrose and New Zealand’s Chris Martin the other two front-line fast men to play 10 or more Tests after turning 36.

Thirty-five has been something of a barrier for storied modern quicks in Test cricket, the age at which plenty of regular revelers take stock and wonder if the pleasure of everything in motion is worth the pain the next morning. All of Glenn McGrath, Dale Steyn, Zaheer Khan, Ryan Harris, Allan Donald, Suranga Lakmal, Chaminda Vaas and Wasim Akram made it to 35, but none played on past 36. Neil Wagner, playing his first Test since turning 36 at Headingley, is another hoping to follow in the footsteps of Anderson.

So can Broad keep up? And can he even keep improving, like Anderson has done? In 2020, aged 34, he enjoyed arguably his finest personal year, taking 38 wickets at 14.76. But he averages over 30 since turning 35, and while that figure isn’t helped by his missing the final three Tests of last summer through injury, he has, on the whole, slightly struggled against New Zealand. While he is England’s second leading wicket-taker, those 12 scalps have cost 33.75 runs apiece, with Broad leaking runs at well over three runs per over.

According to CricViz, Broad has hardly been unlucky this series either, despite the odd spill. During the evening session they revealed that his Expected Average for the series is above his actual average, and also pointed out that his speed, average swing and seam per delivery, and percentage of balls bowled on a good line and length were all his lowest in an English summer.

There have still been flashes of Broad at his best this series, most notably a second new ball, two-wicket burst as part of a team hat-trick that turned the first Test England’s way. He has also always been a bowler to come in and out of games, and, like the others to carry on past 35, relies not on his pace, but on his skill and nous to reap rewards.

There is also surely merit in squeezing everything possible out of him, with Anderson’s appearances increasingly sporadic and England’s other seam options inexperienced and in need of guidance. With so many fast bowlers on the treatment table and Broad and Anderson re-ensconced at the start of a new era, there will be no rush from England to move him aside.

Broad will be given every opportunity to emulate Anderson’s late-career peak, and there is much working in his favour to give hope that he will be able to. How long can the party keep on going?