Hardik Pandya, the stand-in Indian skipper for the Ireland series, has hinted that a couple of players could make their debuts vs Ireland in the 2 T20Is, scheduled on June 26 and 28 in Dublin.

Rishabh Pant and Rahul Dravid, the captain-coach pair for the recently tied T20I series against South Africa, didn’t make a single change then and played the same eleven in the all five T20Is; that was after India had lost the first two matches and despite that, they didn’t make any replacements. Against Ireland, though, as India will test their bench strength further in preparation for the T20 World Cup, Hardik Pandya and VVS Laxman, the stand-in coach for this series, may give debuts to some uncapped players, the skipper indicated this on the eve of the first T20I.

“We have so many options in the Indian team and people are fighting for spots. It is said that in India, people don’t knock on doors, they break them open. We have so much talent in Indian cricket playing in different formats, people don’t get too many opportunities. But if we have two teams like this, automatically a lot of people will get opportunities,” Pandya said.

“Playing for India is always a dream. So for them to achieve that dream will be fantastic. Obviously there will be situations where there will be a couple of caps given. But more than anything, it’s about making sure that when we go to the park we have the best eleven playing.” 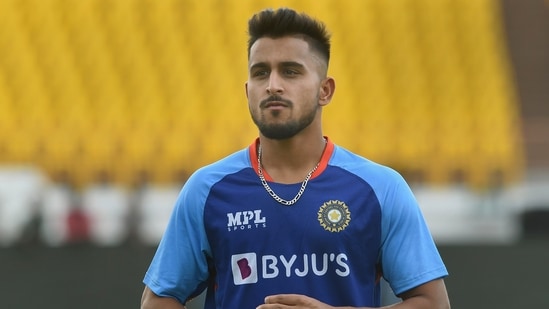 Of the touring party, there are three uncapped players – Arshdeep Singh, Umran Malik and Rahul Tripathi, all of whom had a stellar IPL 2022 and could make their India debuts in Ireland.

Also Read: When MS Dhoni Served Drinks To Team India During A Match Against Ireland