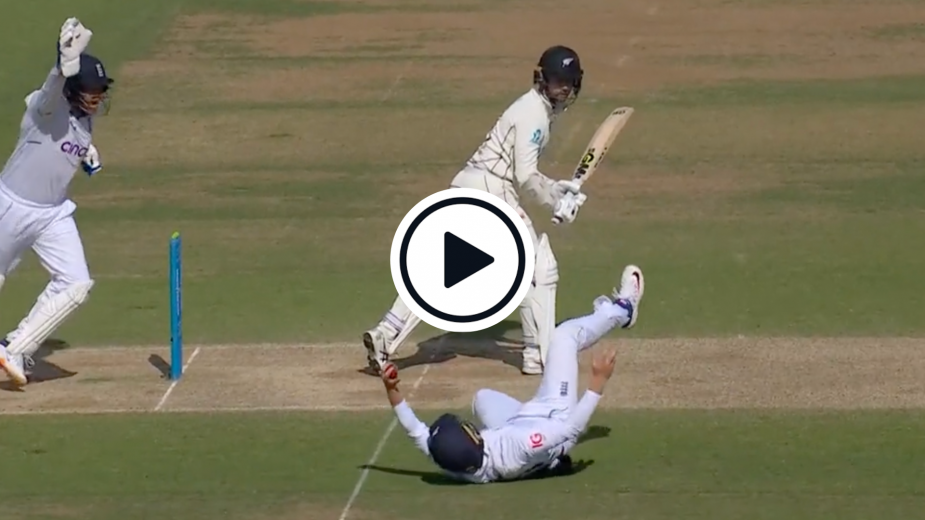 Watch: Ollie Pope reacted quickly at short leg to catch out Devon Conway on day three of the third Test between England and New Zealand.

With New Zealand looking to set England a tricky target in the fourth innings, Conway and Kane Williamson had put together a stand of 27 when rain briefly interrupted the final session of the day.

When play resumed, Joe Root – in the middle of his second over – struck immediately, with Conway inside-edging the ball in the direction of Pope at short leg.

Pope moved sharply low and to his left to take a one-handed catch and send Conway on his way for 11.

That dismissal left New Zealand 152-3, leading England by 121. They were soon 161-5; Matt Potts dismissed Kane Williamson for the third time in the series, and Jack Leach removed Henry Nicholls for the second time in the match after the left-hander hit the ball straight back to the left-arm spinner.

Quiz! Players Dismissed In The Nineties On Men's Test Debut