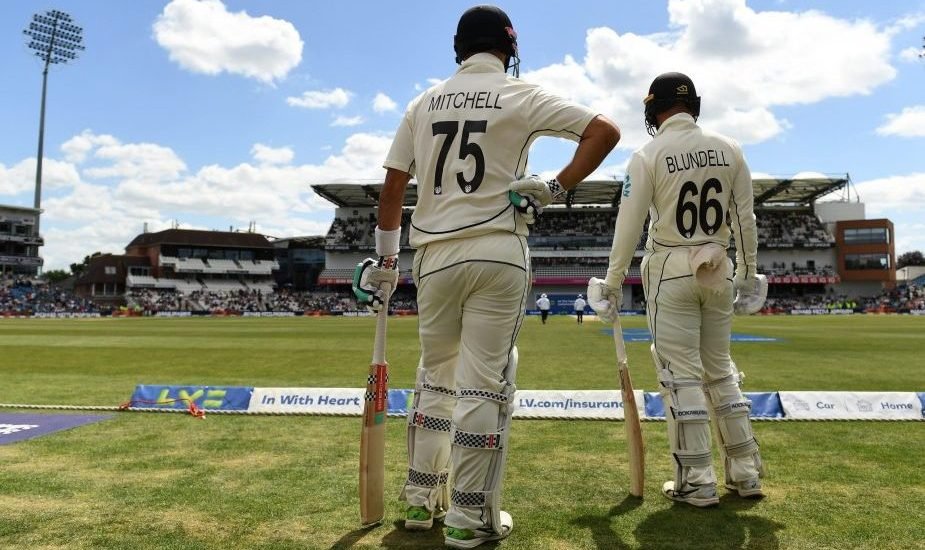 The combination of Daryl Mitchell and Tom Blundell has been a constant thorn in England’s side, with both players registering record breaking series.

The pair batted together in every innings of the three-match Test series, the only partnership other than both teams’ openers to have done so.

However, whereas the average opening partnership for both New Zealand and England this series has been in the twenties, Blundell and Mitchell have averaged an incredible 120.66 when batting together. In total, the pair scored 724 runs together in the series. The most runs ever scored by a New Zealand partnership in a Test series.

In fact, of players to have batted at least eight times together, Mitchell and Blundell have the eleventh highest average partnership per dismissal of all time at 94.37.

That’s the 1200th ball that Daryl Mitchell and Tom Blundell have faced together this series. Only once this century has a partnership faced more balls in a Test series, batting together 6 times or fewer: Chanderpaul and Hooper v WI 2002, who faced 1511. #ENGvNZ

The pair also became only the second to share four individual hundred run partnerships in a series this century. The last pair to do so being Mohammad Yousuf and Younis Khan in 2005/06.

The duo have been New Zealand’s first and second leading run-scorers this series with Mitchell in particular breaking numerous records.

In total, he scored 538 runs at an an average of 107.60, including three centuries and two fifties. In doing so, he became the first New Zealander to make five scores of fifty or more in a series since 1972, with his total of 538 being the most runs ever scored by a Kiwi player in a three-match series. Overall, there have only been 18 previous occasions of a batter scoring more runs in a three-match Test series. Only Graham Gooch against India in 1990 has scored more runs in a three-Test series in England.

Blundell, on the other hand, scored 383 runs at an average of 76.60 in a continuation of his excellent record in Test cricket when playing as the designated wicketkeeper. With the gloves, Blundell averages 44.66 in Test cricket compared to 35.27 without. Only Brendon McCullum and BJ Watling have scored more Test hundreds for New Zealand as wicketkeeper-batters.