India’s star all-rounder Hardik Pandya had a stellar run in the ongoing 2022 edition of the Indian Premier League with debutants Gujarat Titans. Returning to competitive cricket after a long injury lay-off but impressed one and all with his stunning performances. He led his side from the front and guided the team to a memorable title triumph in only their maiden IPL outing. 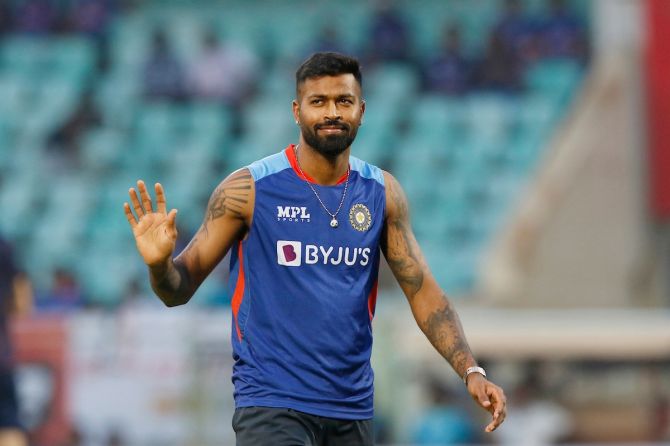 Though, Pandya is touted to becoming dispensable to the white-ball squad of Team India, former Indian opener Wasim Jaffer still feels that Hardik is far from making a return to the purest format of the game. Ahead of the series opener, Wasim Jaffer explained why he doesn’t see Hardik Pandya making a return to red-ball cricket soon.

Jaffer explained Why Pandya Is Far From Returning To Test Format

Jaffer was asked whether Pandya can return to Test cricket after becoming a strong Indian captaincy option in white-ball cricket. He said:

He added: “So in that sense, he’s far away from getting into the red-ball circuit. So I think if we just leave him bowling four overs or at max 10 overs in One-Dayers and batting at four, five, or six, it will help him prolong his career,”

Quiz! Players With The Most Men's International Runs At No.5